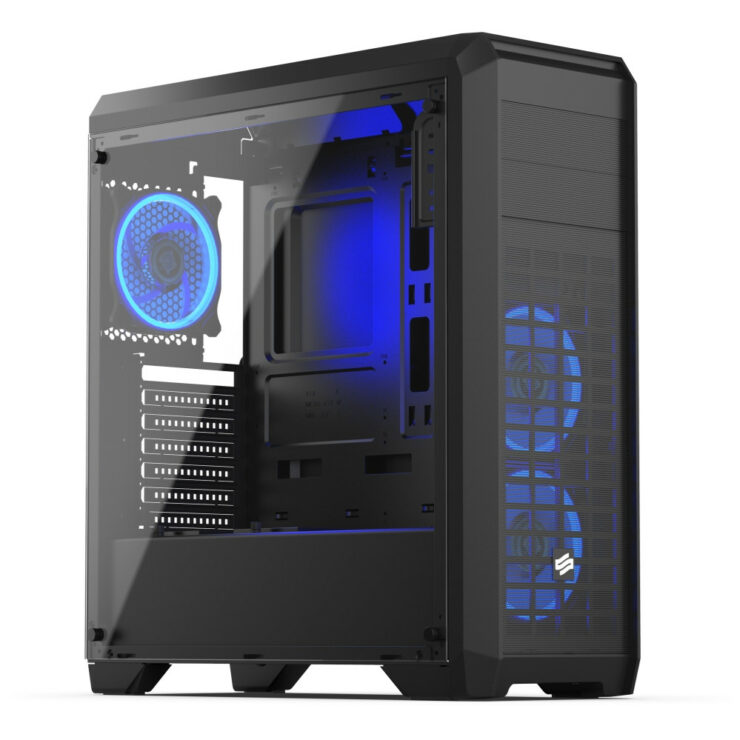 SilentiumPC a newcomer on the case stage, is trying to get "Next level value for money while meeting maximum airflow and RGB illumination" with its new Regnum RG4T(F) RGB Chassis. Sporting a dual chamber layout and packing an up to 380mm long GPU and a 159mm tall CPU cooler it aims at being flexible for any build.

The Regnum seems like another case that I can write about in my sleep, or copy past from another preview. It checks all the boxes, the case features a dual chamber design, which most of you know by now helps with cable management and hiding those pesky HDDs apparently no one ever wants to see, while sacrificing the ability to have more than 2. It pairs two RGB LED fans in the front for intake while having a single RGB fan in the rear for exhaust resulting in positive pressure which is nice considering it has a tempered glass side panel (What a shock).

They say the system can be expanded to a total of up to six fans, which will be controlled by a built-in fan controller, no word if the fans can use an RGB header and have support for ASUS Aura Sync or MSI Mystic Light, which is disappointing.  It has the ability to take up to a 240mm radiator at the top and a 360mm radiator in the front for AIO's or custom loops, though I don't know how many people using this case would really consider building a custom loop.

Finally the case comes with three pre-installed dust filters which are located at the top, front and bottom of the case for keeping the build from turning into a dusty mess.