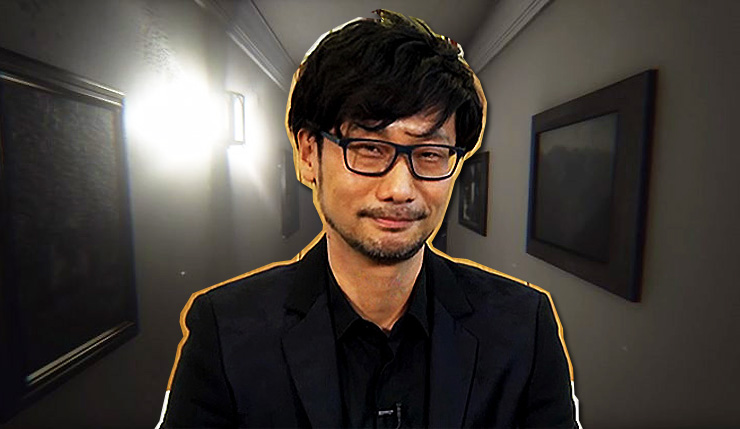 Hideo Kojima has been doing a lot of teasing about his next big project recently, and a lot of it seems to be pointing in one direction – Silent Hills, the sadly-cancelled game he was working on with Guillermo del Toro before his ugly departure from Konami.  Late last year, Kojima tweeted that he was working his next game concept with the following teaser image.

Working on the next concept while no one is in the office. pic.twitter.com/1zIeo5nnBo

There’s a lot going on in that picture, but most people zeroed in on the fact that Kojima was sitting alone in a silent office while staring at a hill of sand on his computer. Kojima has also teased a possible return to horror in another tweet. Well, our latest Twitter tease comes from the official Kojima Productions account – at first glance, it just looks like Koji Pro’s head of communications Aki Saito scribbling on a post-it, but look a little closer and there are some telltale clues.

Sorry to be silent everyone! I've been really busy lately.....I think i can say more soon about what we are going to.....#KojimaProductions https://t.co/Vr0qPj3DwV pic.twitter.com/BiweDgGC4v

First off, Aki uses the word “silent” in his tweet, and if you zoom in, it turns out he’s using a “Pyramid” brand pencil. Hmmm! Oh, and his note says “Next Week!” Hmmm again! Could we finally be getting some Silent Hill news next week? Or is all just an elaborate red herring to distract us from whatever crazy thing Kojima is actually working on?

It should mentioned that Silent-Hill-related chatter has been heating up in general. Recently, we reported on a rumor that there were actually two Silent Hill games in development – one a “soft-reboot,” the other an episodic adventure game. How would Kojima Productions potentially fit into these plans? Are they making the reboot? Or could a third SH game be in the works?

Update: Original Silent Hill art director Masahiro Ito has seemingly chimed in, tweeting "Pyramid Head, R.I.P." This is particularly interesting, as Ito has said in past interviews that he'd only return to the series if he could kill Pyramid Head.

A lot of questions, and not a lot of answers at this point. Here’s hoping we hear more soon! What do you think is next for Kojima Productions?