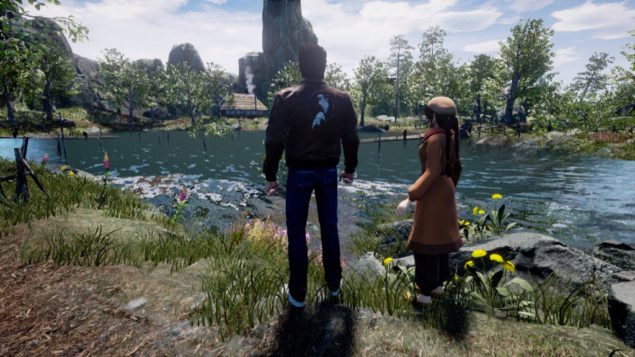 Beautiful skies, clear water, green grass - Shenmue has come an awfully long way since we last saw it in 2002 on the original Xbox.

And for those of us that have been waiting for those long 13 years, it's hard to put into words just how important the above screenshot really is.

It's one of the first updated images to show off improvements made since that big reveal at Sony's E3 press conference last year.

This was one of a few images shown today at a Magic Monaco press conference.

Even though it's only a work in progress shot, it clearly doesn't quite look like the trailblazer that it once was, visually. That wasn't really expected, and it's not really necessary.

Instead, just the fact that Ryo Hazuki and company are making their return, that progress is being made and that it looks as good as it does will be enough to settle any slight concerns.

There's still a lot that needs to be answered in terms of pure gameplay, but those things will be revealed over the coming days, weeks and months.

Meanwhile, there's still no mention of if we'll ever be able to get hold of the classic titles on consoles or officially on PC.