Shadwen Runs@1080P/60FPS on PS4; VR Compatibility To Be Tested, XB1 Version Is a Chance 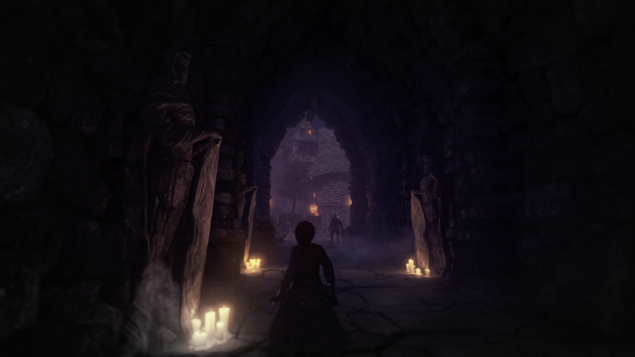 Frozenbyte's new game, Shadwen, will be released next month for PC and PlayStation 4. This time around the Finnish studio known for the Trine series completely changed its focus, moving from side-scrolling platform to the stealth genre with the explicit goal of bringing it back to its roots.

Shadwen, an assassin on a quest to kill the king, has a chance encounter with an orphaned girl, Lily. She follows Shadwen on her dangerous journey, but when the ruthless guards get too close, Shadwen must take action right in front of Lily's eyes.

Will Shadwen risk the girl's budding trust by resorting to violence, or try and find another way while keeping her real purpose concealed?

To kill or not to kill - that is the question.

We've had the chance to discuss the game with Frozenbyte and bring you exclusive details. As usual, let's start with the technical info.

Check back tomorrow for our full Shadwen interview, with many gameplay and story details.