Everwild is the Latest IP from Rare, Debut Trailer Has a Strong Breath of the Wild Flavor 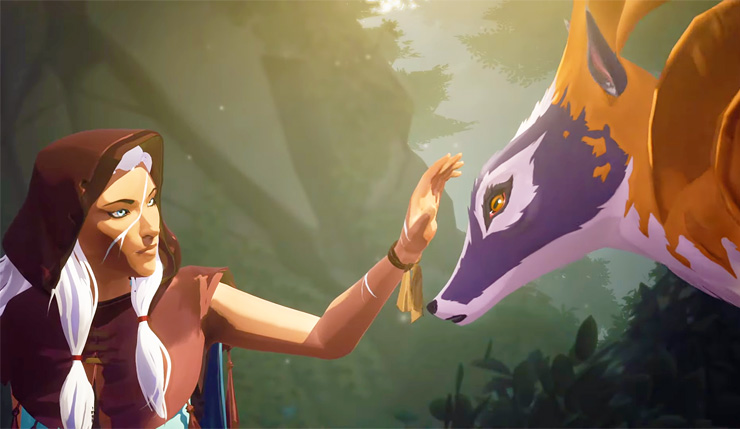 Rare is one of the most prolific and creative developers ever, with dozens of beloved franchises to its name, and yet, the flow of new stuff has slowed to a crawl in recent years. The studio released Sea of Thieves in 2018, and before that, their last new IP was Viva Pinata in 2006 (well, unless you count Kinect Sports, which you really shouldn’t).

Well, today during the big X019 episode of Inside Xbox, the latest all-new Rare IP was announced. The new game is Everwild, and it looks to take more than a little inspiration from Nintendo’s Zelda: Breath of the Wild. The game features a gorgeous cell-shaded open-looking world, populated by all manner of fantasy creatures. The player’s goal in the game isn’t exactly clear at this point, but it seems like it will be more of a “monster befriending” than “monster hunting” game. Check out the debut trailer for the game, below.

According to Rare, Everwild is still early in development, so we probably won't be getting our hands on it for a while. Here's what else they had to say about the game:

While Everwild is still early in development, we are very excited about the unique potential of the game we are creating. The Everwild team is focused on building an experience that allows for new ways to play in a natural and magical world. The development team, led by Executive Producer Louise O’Connor, is creating something truly original and incredibly special that aims to be more than just a new IP. Everwild will give you memorable, engaging and meaningful experiences for players everywhere to share. We cannot wait to share more with you in the future.

We don't yet know what platforms Everwild is coming to, or when it will launch. That said, it seems very likely we're looking at an early Xbox Scarlett title.