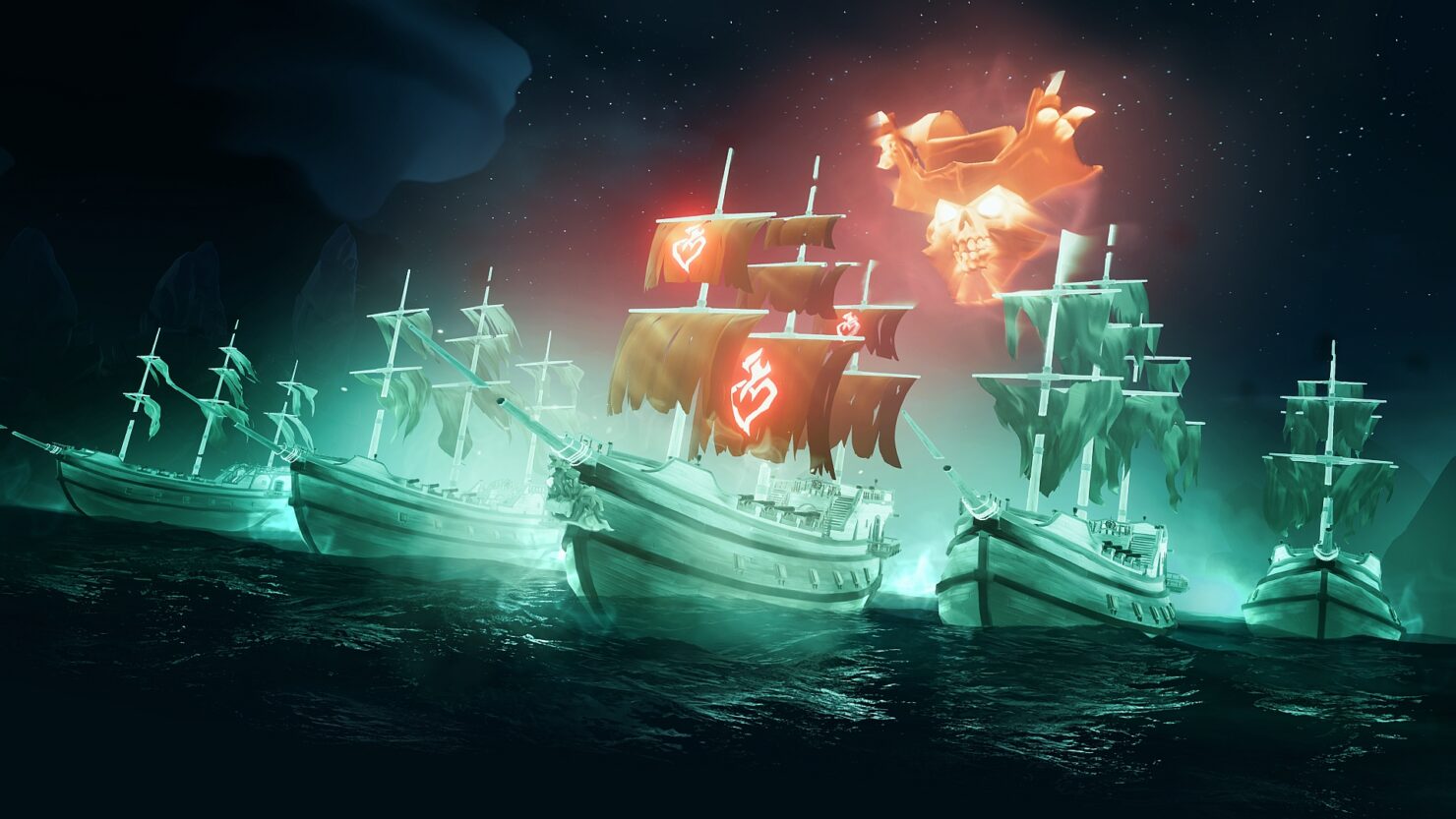 Ghost Ships have arrived in Sea of Thieves, at last, with the new (and free) Haunted Shores update. Developer Rare revealed this to be a wholly new type of encounter and a very challenging one to boot.

The centerpiece of this update is an emergent event featuring Captain Flameheart’s own ship, the Burning Blade. With the arrival of Haunted Shores, Flameheart’s looming skull will now manifest over islands like the clouds that represent Skeleton Forts or Skeleton Ship battles. However, this particular sign means that the Burning Blade and an armada of Ghost Ships has appeared around an island, as if searching the Sea of Thieves for something…

These will prove to be tough encounters, with Flameheart’s floating skull not just acting as a beacon but giving orders to his ships and berating meddlesome pirates. The Phantom and Wraith Cannonballs fired by the Ghost Ships are as unnerving as they are powerful, but supplies can be claimed by players for their own use after defeating the Burning Blade. There are valuable Damned treasures to be looted too, plus unique sails to be unlocked by fearless pirates who send enough of these Ghost Ships back to the Sea of the Damned.

Ghost Ships won't be part of a limited-time event, either, as Rare confirmed they'll stay as a permanent addition to Sea of Thieves. Players will be able to gain gold and reputation with the Order of Souls faction.

Sea of Thieves is enjoying a resurgence of sorts after the last few updates and the recent launch on Steam. Have you been playing it lately? Let us know in the comments!