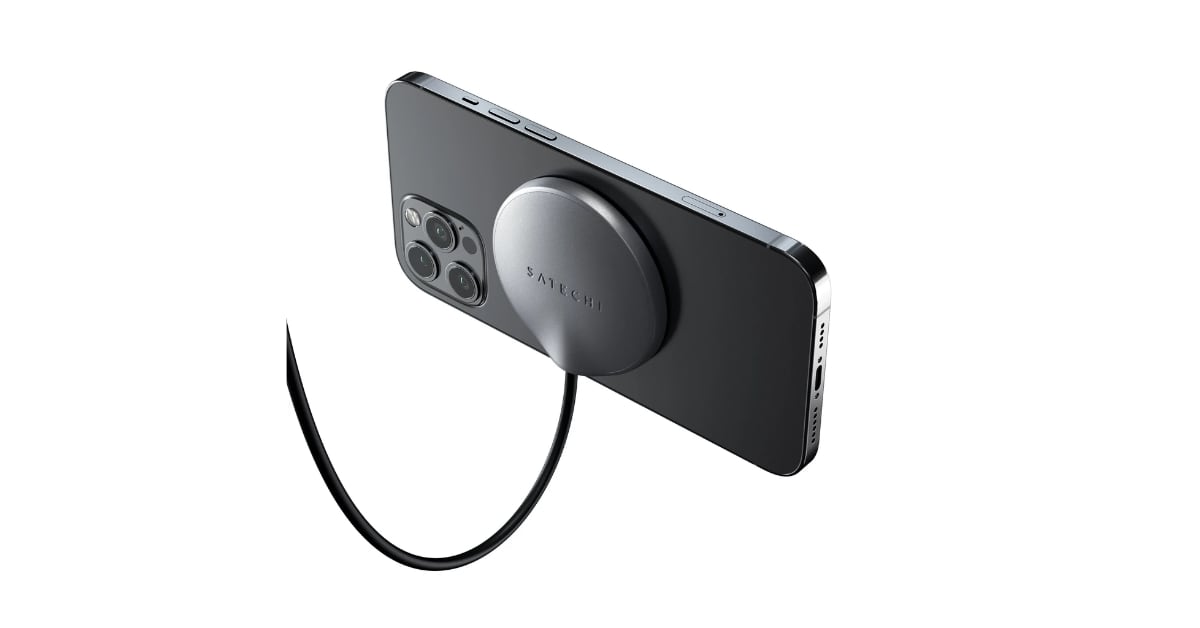 The Magnetic Charging Cable is named such because the cable is permanently attached to the charging base and cannot be removed. Thanks to the powerful MagSafe magnets in iPhone 12, you can get perfect alignment to charge your smartphone.

However, even though the new charger looks very much like a MagSafe charger, it is not one. It can only charge iPhone 12 at a maximum speed of 7.5W, which is not the fastest charging speed in the world. iPhone 11 can also work with this magnetic charger, however, you would need to get Satechi's magnetic sticker to make it work. The magnetic sticker also works with iPhone 12 cases that do not support MagSafe. If you use Apple's own MagSafe cases, you should be able to charge just fine without Satechi's sticker. 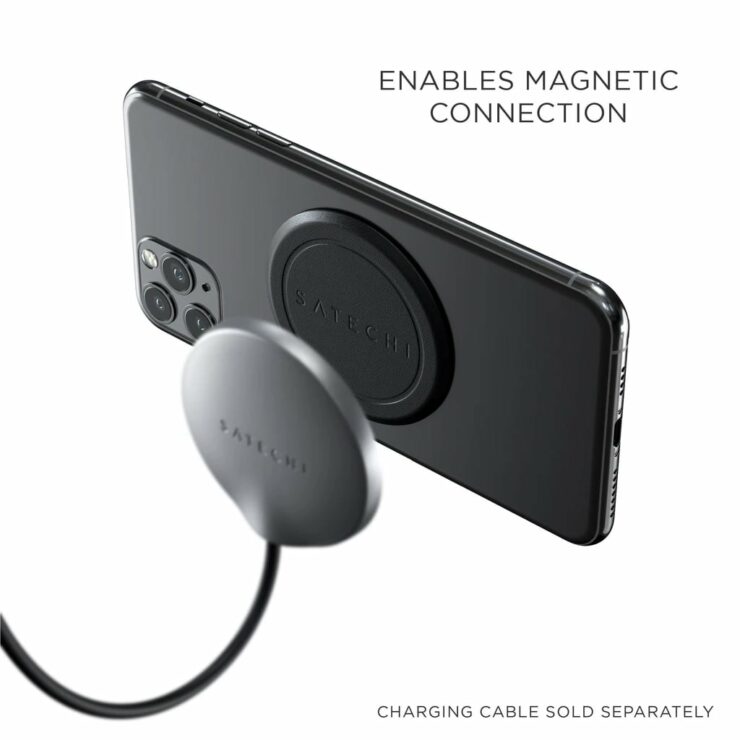 The sticker can easily be peeled and attached to an iPhone, to allow for perfect magnetic alignment with the charger. The MagSafe sticker costs just $9.99, however, note that the USB-C Magnetic Wireless Charging Cable does not ship with a power adaptor. You would need to use a power adaptor with at least 18W output.

Although Satechi's Magnetic charger is cheaper than Apple's own MagSafe charger, it will not charge iPhone 12 as fast and you will only get half the charging speed.

Satechi's Magnetic Wireless Charging Cable will start shipping from December 17 and is available for pre-order now. The company is offering 20% off until December 16, if you use the code MAGNET.