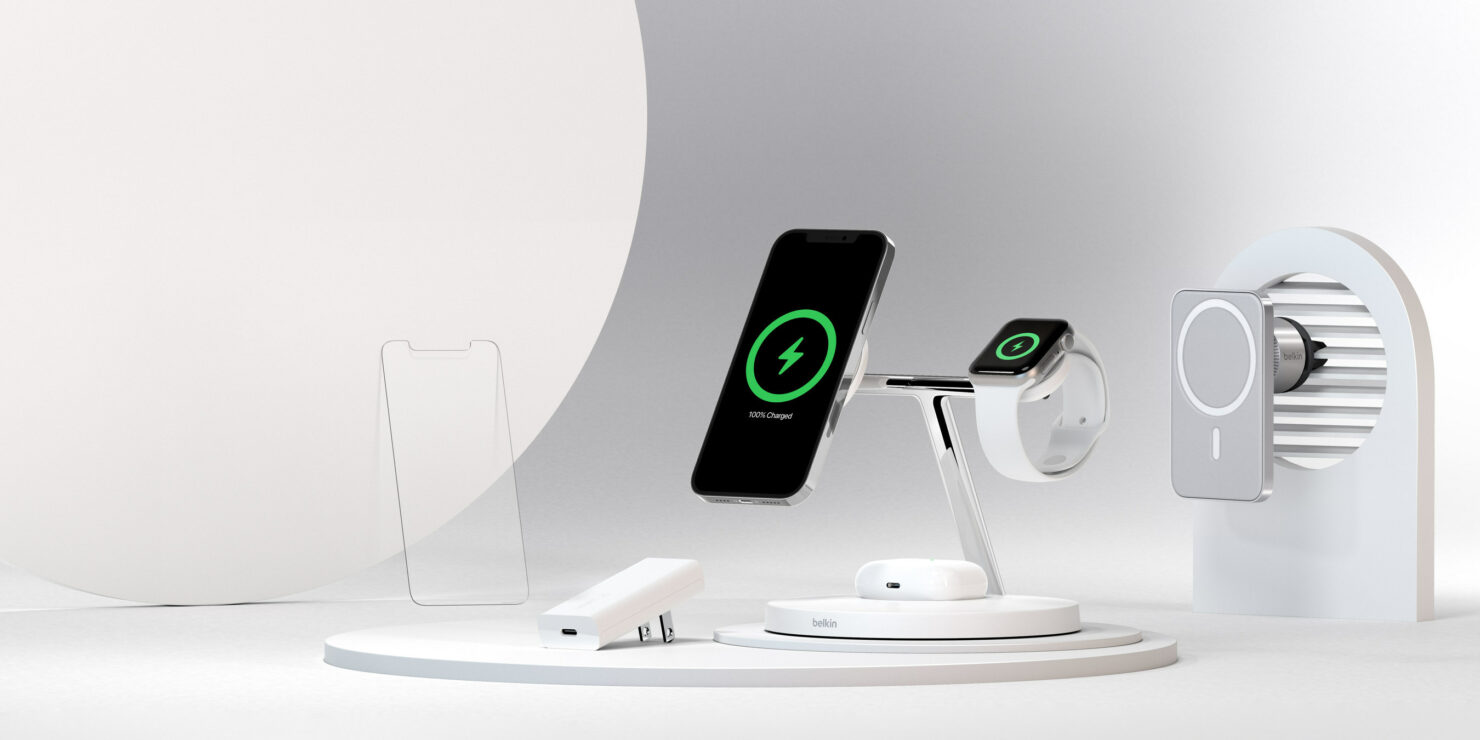 Belkin has announced its MagSafe accessories for Apple's upcoming iPhone 12 lineup. These accessories include a 3-in-1 wireless charger for iPhone, AirPods, and Apple Watch, a car vent mount, and a screen protector.

Apple's new MagSafe feature on iPhone 12 and iPhone 12 Pro allows accessories to attach magnetically to the back of the smartphone, which opens up the possibilities for third-party manufacturers to provide a variety of products. These products can include wireless chargers, mounts, cases, cardholders, phone grips and more. Belkin's range of products were announced by Apple during their iPhone 12 launch event, and now the company has released full details of the products it will be offerin.g

Belkin's 3-in-1 wireless charger, called BOOST↑CHARGE™ PRO, can charge three devices at a time which include iPhone 12, Apple Watch, and AirPods. The charger can wirelessly charge iPhone 12 at 15W of power, in both landscape and portrait orientations thanks to a non-slip design. AirPods can be charged with the 5W wireless charging base, while a standard Apple Watch charger is also part of the package. An LED light indicates when AirPods are properly aligned and charging. The charger will be available for $149.99 later this year.

The MagSafe car vent does exactly was the name suggests. It can attach to any of the AC vents in a car and hold an iPhone 12 in place, no matter which size. Thanks to its design, and MagSafe's architecture, iPhone 12 can be aligned in portrait or landscape orientation, with little to no effort. It's simple design also means that it does not interfere with any cable management, which is good as it does not include any charging mechanism in its base.

The Car Vent Mount Pro will be available for $39.95 later this year. 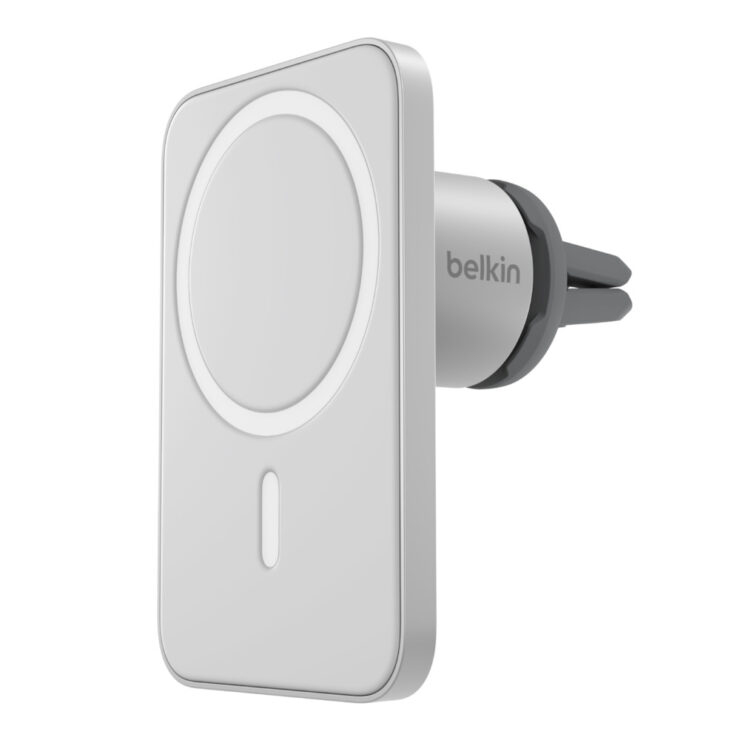 Even though Apple announced a new Ceramic Shield for its iPhone 12 glass, the new protectors by Belkin called UltraGlass will provide an additional layer of protection. The protectors are made of strengthened lithium aluminosilicate (LAS) glass and use a double-ion exchange process, which provides improved reliability and scratch resistance. This is the first protector in the market which uses LAS for screen protection.

These protectors will be available for prices ranging between $39.95 to $44.95 from 16th October on Apple Online Store and at Apple Retail Stores.