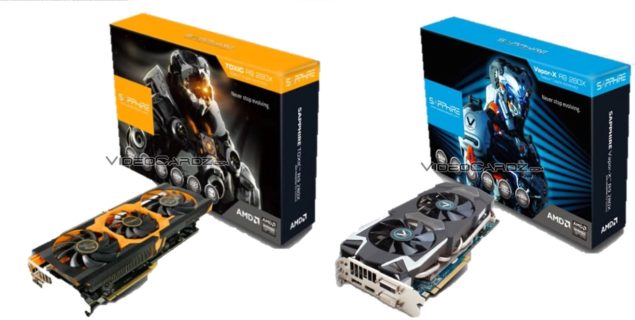 There are several Radeon R9 and Radeon R7 series graphic cards which Sapphire has been working on and a few of them were pictured yesterday at an event held by AMD in Australia. In addition to the GPU models, the specs sheet for each specific graphic card has also been leaked which confirm the specifications we have been posting since some time now.

Lastly, is the $89 Oland Pro based Radeon R7 240 which is the entry level Volcanic Islands chip featuring 320 Shaders, 8 ROPs and 20 TMUs. The card is shipped with a Gigabyte of memory running across a 128-bit interface while clocks are maintained at 780 MHz for the core and 1150 MHz for the memory. Its bigger brother, the Radeon R7 250 which is based on the Oland XT GPU would feature 384 shaders, upto 2 GB GDDR5 memory along a 128-bit interface and faster clock speeds. You can see detailed information regarding the GPUs in the chart below:

You can see the pictures of these cards along with their specification charts courtesy of Videocardz below: