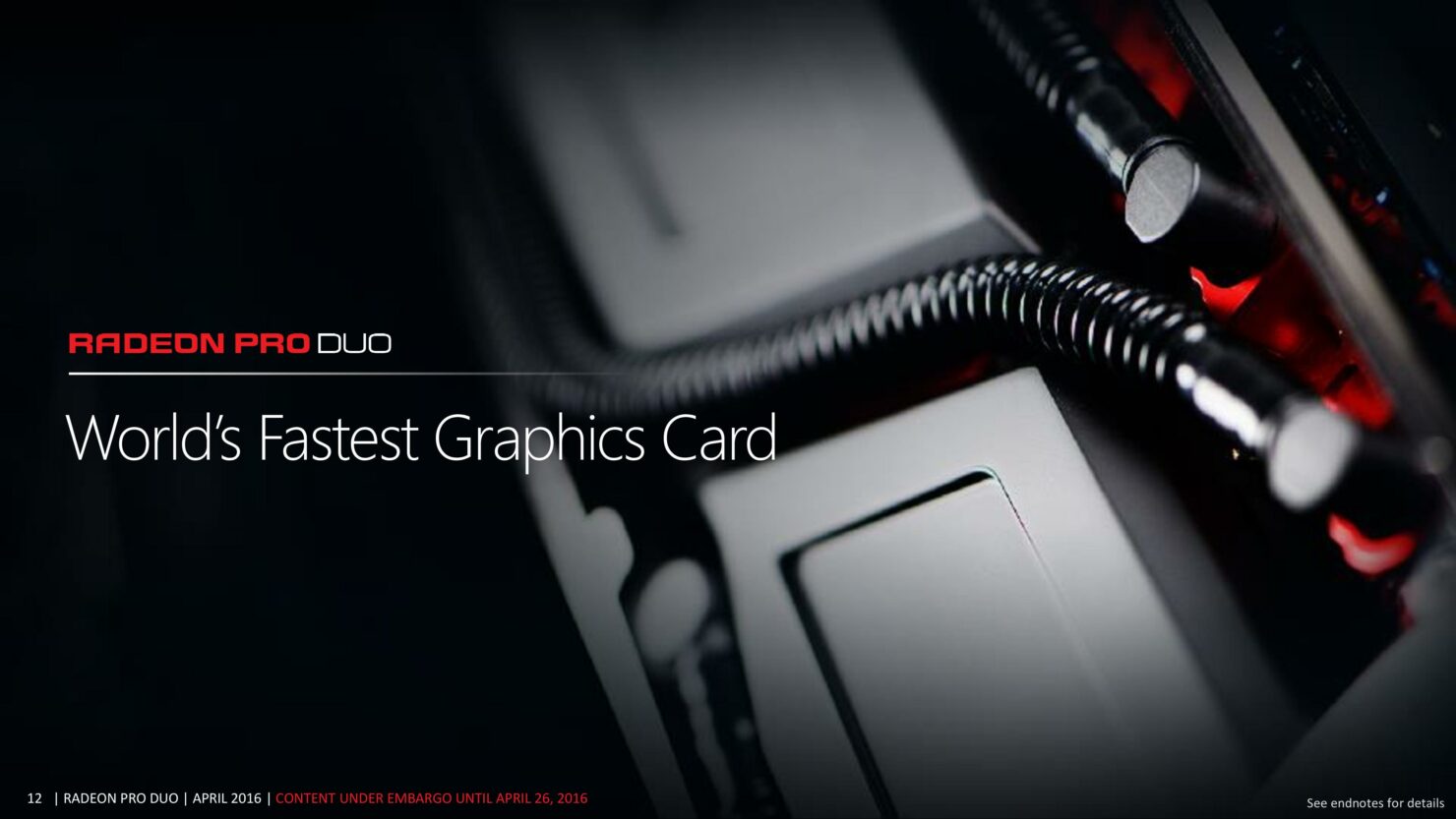 AMD's flagship graphics card, the Radeon Pro Duo has received a major price cut from AIB partners. The once $1500 US graphics card is now selling for just $799.99 US on various retail sites.

The price cut is not region specific and the card is on discount in both North American and Asia Pacific regions. The discounts range from 31% up to 46% which is a major drop from its original price. The card launched in April, 2016. It was regarded as the flagship product in the Radeon lineup and was positioned as a workstation and gaming product.

The Radeon Pro Duo features two full fledged Fiji GPUs. It packs a total of 128 compute units in two GPUs, each of which comprises 4096 shaders. The total core count of the card is 8192 which is the highest on any GPU to date. Each core features 64 raster operation units and 256 texture mapping units. The GPU core operates at 1000 MHz.

At the rated clock speeds, the card delivers 512 GT/s texture fill rates and 128 GP/s pixel fill rates. The card was designed to power 4K gaming and professional content and features AMD’s Liquid VR and FireRender technologies for the best app-level support. This allows the card to deliver 16 TFLOPs of 32-bit single precision compute which is currently the highest any graphics card offers. AMD's Vega 10 based Instinct MI25 will pack 12.5 TFLOPs of FP32 compute performance.

On the memory side, the Radeon Pro Duo is the first workstation class graphics card that comes with HBM memory. The first generation memory is clocked at 500 MHz to deliver 512 GB/s bandwidth. Each GPU comes with 4 GB HBM VRAM that operates along a 4096-bit wide memory interface. Theoretically, applications designed for the workstation specific workloads can harness the 1 TB/s bandwidth off both chips (512 GB/s each). 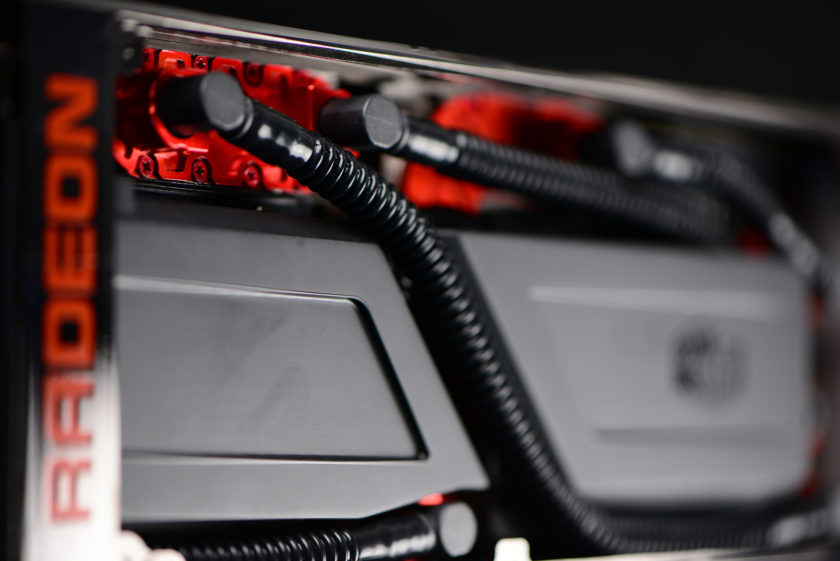 Aside from the Radeon Pro Duo, the Radeon R9 Fury X graphics card has also received an AIB specific price cut from XFX. This specific model is selling for $308 US which is pretty close to what some custom RX 480's sell for these days. The Radeon R9 Fury X used to retail for $650 US back when it was launched and still packs a lot of GPU performance.

The price cuts come as most AIBs are clearing stock of older cards in anticipation of the upcoming Vega based flagship products. Expect more details on them soon, around GDC time.