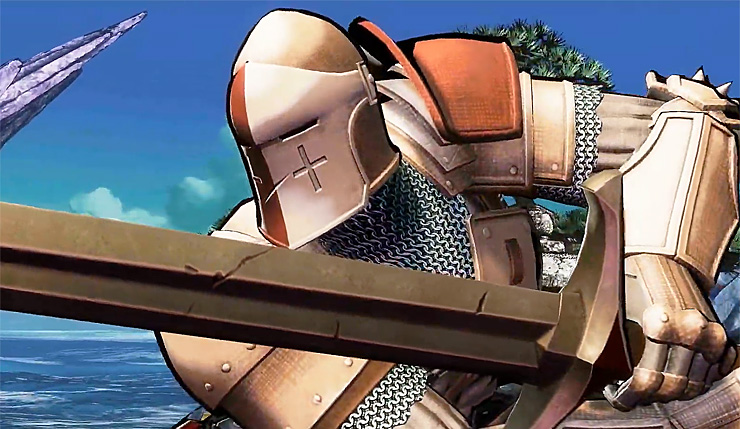 Today during the New Game+ digital expo, SNK revealed fourth and final Samurai Shodown Season Pass 2 fighter, and it definitely caught a lot of people by surprise. The new fighter is Warden from Ubisoft’s For Honor, marking a fairly rare crossover between a Japanese fighting game and a Western property. You can check out the big, bad knight in action, below.

A somewhat perplexing choice, as Warden definitely isn’t the most recognizable or beloved character in For Honor, but that said, he certainly looks like he should be a solid addition to the Samurai Shodown roster. Warden looks to move faster than you might expect of a heavily-armored knight, and, of course, his big-ass sword should be able to deal plenty of pain.

As mentioned, Warden is the final character included in Samurai Shodown Season Pass 2, which costs $20 and includes four new fighters. Thus far, we’ve seen the release of Mina Majikina, Sogetsu Kazama, and Iroha. No word currently on whether a third season pass might happen.

Haven’t been keeping up with the new Samurai Shodown? Wccftech’s Dave Aubrey found it to be a fun fighter that was a perhaps bit light on content in his review. Thankfully, SNK has done a lot to expand the game since then…

Samurai Shodown is a great fighter that looks beautiful, and deserves a much bigger audience than it has, but as of right now, there aren't enough players online to satisfy fighting game fans, and there isn't enough single-player content for more casual fans. The new characters that have been added since launch are great, but Samurai Shodown still feels like a game that needs an overhaul.

Samurai Shodown is available now on PC, Xbox One, PS4, Nintendo Switch, and Stadia. Warden will be available to download tomorrow (June 24).