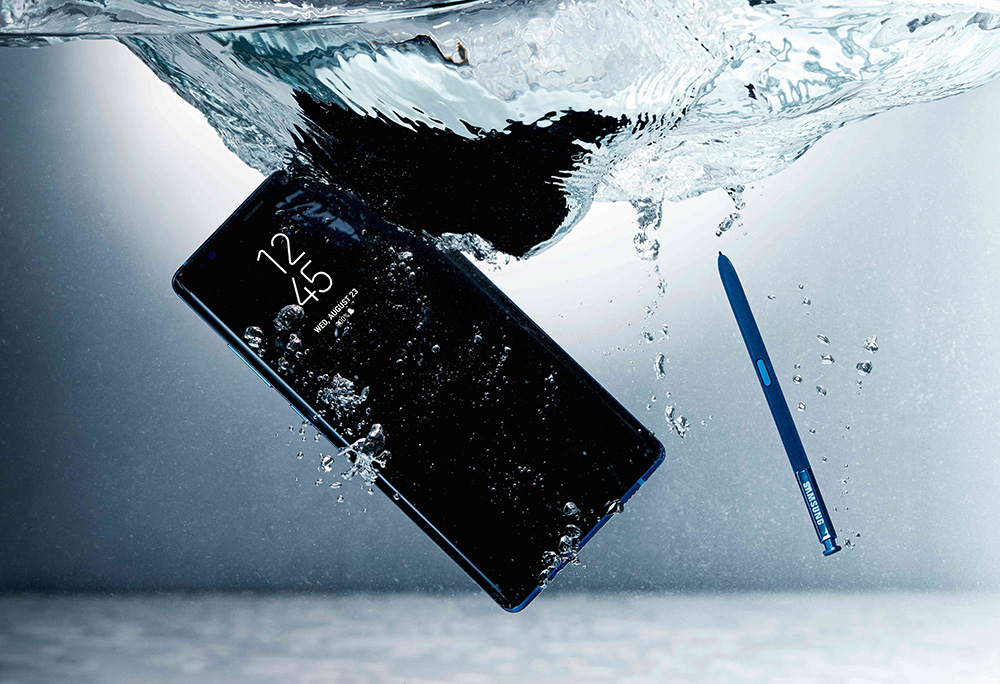 For a while now, the Galaxy Note series did make a lot of sense until the launch of the Galaxy Note 5. Sporting just a taller display and shipping with a stylus will indeed not be enough to win me over to the Galaxy Note club so Samsung should admit that its smartphones have an identity crisis and it should aim to get rid of the problem once and for all.

The idea of merging the Galaxy S and Galaxy Note series has been a topic that has fallen on tongues from individuals in the Samsung camp several times. It was only after the Galaxy S9 and Galaxy S9 Plus performed so poorly during the second quarter of this year that the Korean tech giant might finally be mulling the possibility of pulling the guillotine on one smartphone series.

It should definitely be the Galaxy Note series, and before our readers bash us on this decision, we have cogent reasoning for this. Till now, the Galaxy Note family came with the same hardware specifications and apart from a minute bump in the internals and a negligible design change, as well as the inclusion of the S Pen, there was nothing really spectacular about this series that separated the Galaxy S lineup from this one.

In fact, I still remember that during the Galaxy Note7 fiasco, Samsung ramped up production of its Galaxy S7 edge, and even offered it in brand new coloured models since this smartphone possessed the most similarities with the Galaxy Note7. So now the question is, why do we firmly believe that the Galaxy S family should be favoured instead of the Galaxy Note one?

Samsung Is Reportedly Releasing Three Models Belonging to the Galaxy S10 Series; the Galaxy S10 Plus Could Become the Brand New Galaxy Note and Equipped With a Stylus

Following the same number of devices that Apple is planning to release this September, Samsung is expected to launch three Galaxy S10 variants, including one which is going to be called the Galaxy S10 Plus. Its larger screen and bigger footprint will immediately mean that future users will be able to experience more display real estate and the bigger space will undoubtedly mean a bigger battery capacity in return.

However, this is the point where the Galaxy S10 Plus will look nearly identical to the Galaxy Note 10 if Samsung ever releases this particular model. The upcoming phablet is expected to sport a triple-camera lens system at the rear, followed by a dual-camera upgrade at the front. By all counts, this is going to be one loaded smartphone, and possibly the only thing missing from it from officially receiving the Galaxy Note status will be the addition of the S Pen. That being said, it makes the most sense that Samsung incorporates a holster mechanism for the Galaxy S10 Plus, with which it will be able to hold that S Pen in position.

Additionally, Samsung will be able to save a lot of money on the design, development and production stages for the Galaxy Note 10 if it pools all of those resources and more for the Galaxy S10 Plus. It is undoubtedly a win-win situation for Samsung. Looking at the Galaxy Note 9, possibly the only saving grace of the phablet is going to be the exclusive features that come with its upgraded S Pen. Everything else practically remains the same between the Galaxy S9 Plus.

If you ask us, Samsung’s decision to phase out the Galaxy Note series would be the best decision the company has ever made in the longest time, but we’d like to know your thoughts down in the comments as well.

Should Samsung get rid of the Galaxy Note series in favor of putting additional focus on its Galaxy S series?
Share Tweet Submit