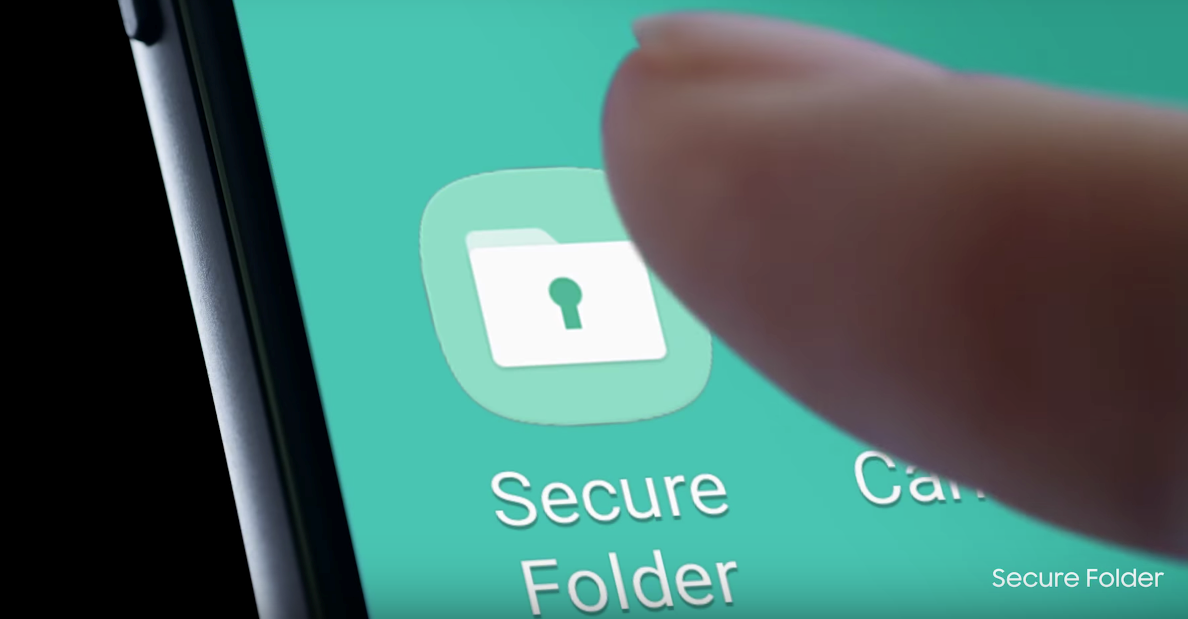 Samsung introduced Secure Folder with its ill-fated Galaxy Note 7. While the gorgeous device may have been too hot to handle, the Korean tech giant is trying to cash some of its exclusive features. Secure Folder in the Galaxy Note 7 allowed you to store files in a protected folder. Samsung is now considering to offer this as a downloadable feature with the upcoming Samsung Galaxy S7 Nougat update.

Samsung might offer Note 7 Secure Folder as a downloadable feature

Samsung's Secure Folder was one of the highlighted features of Samsung Galaxy Note 7. It enabled you to store images, videos, and other documents in a folder protected by fingerprint or iris. With the highly delayed Nougat update for Samsung Galaxy S7 and S7 edge, the company is considering to bring it back, eliminating the need of a third-party app to lock content.

We will consider to support Secure Folder for the OS upgrade device (Nougat) as a downloadable service. It will be available in Galaxy Apps later on. Please note that the exact available time has not [been] decided yet.

While authenticated users could access information stored in the Secure Folder through fingerprint or iris on the Galaxy Note 7, the option will be, of course, restricted to fingerprint only in the Galaxy S7. 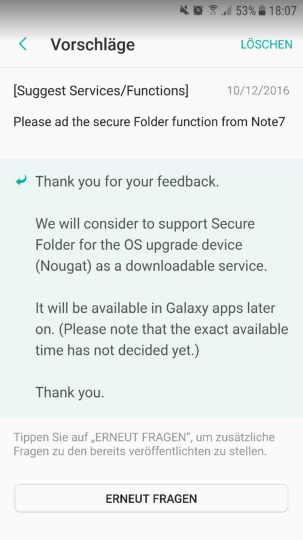 Samsung is currently testing the Galaxy Beta program. While HTC, LG, Sony, and others have released Nougat to their flagship phones, Samsung is still way behind the game. Samsung's response to a user last week suggested that the South Korean tech company might update its Galaxy S7 duo directly to Android 7.1.1  - Nougat's latest update.

It's unclear if Samsung would offer Secure Folder as part of the Nougat update for every Android 7 supported Galaxy device, or if it would remain exclusive to the Galaxy S7 and S7 edge.