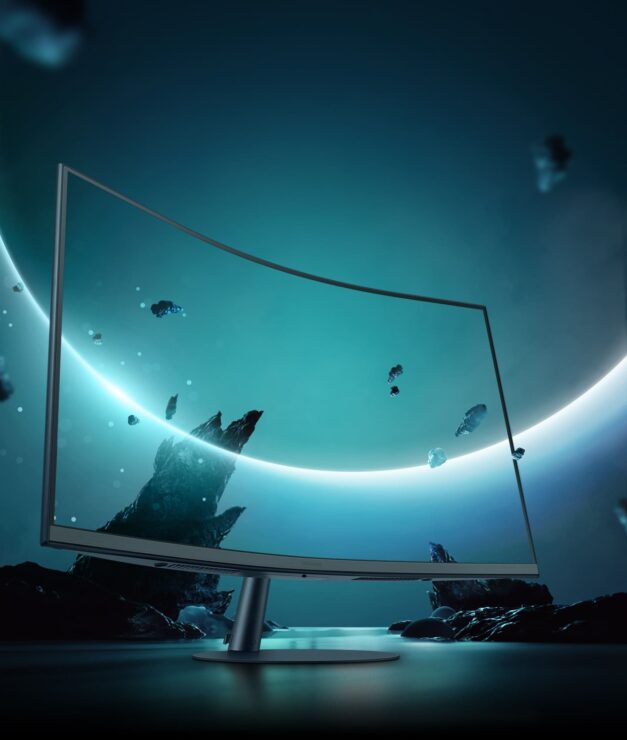 Samsung has launched the latest T55 series of monitors which are designed for an office use case. The lineup includes three new models of curved monitors, which are the C24T55, C27T55, and the C32T55, which feature a 24-inch, 27-inch, and 32-inch display panels, respectively. All of these models feature a curved display and have a curvature of up to 1000R which eases users from eye strain allowing for continued use.

Samsung has released an office monitor, that features not only up to a 32-inch panel but also features a 1000R curvature

All three models feature a 1000R curvature, which has allowed the T55 series of monitors to receive a high performance curved display and eye comfort certificate for its 1000R curved display from TÜV Rheinland, which is a leading international testing, inspection, certification body.

These monitors also feature a minimalistic design, and this allows this monitor to feature a virtually borderless display that has it's aesthetic's enhanced by a fabric-textured backside as well as a premium=quality slim metal stand.

Alongside the high curvature, these monitors feature similar specifications, such as a 1080p resolution, which are clocked at a 75 Hz refresh rate. These monitors also support AMD's FreeSync technology; these monitors also have a 4 ms GtG response time, so they aren't gaming orientated. These displays cover 1.193 of the sRGB color contrast spectrum, and 0.884 of Adobe RGB, so while these displays utilize a VA panel, the color accuracy is excellent. The brightness level is a standard 250 nit specification for an office monitor, and the contrast ratio is 3000:1.

The connectivity of this monitor is excellent for an office application, and these monitors allow you to choose between either an HDMI 1.4, DisplayPort 1.2, or a D-Sub connector. The 27-inch model and the 32-inch model feature built-in 5-watt stereo speakers.

ASUS Unveils the VA27DQSB: An Eye-care Monitor with Thin Bezels on Three Sides