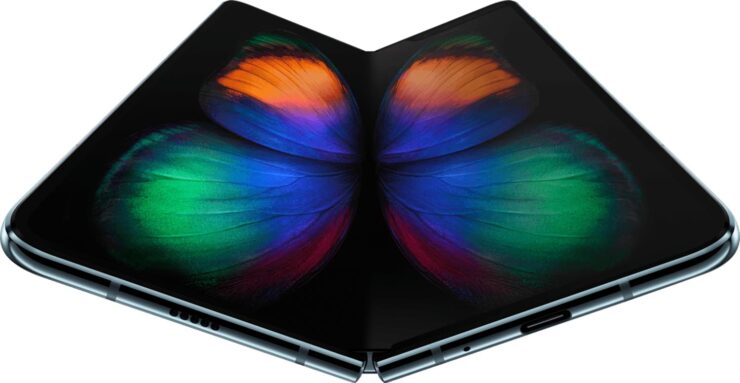 Samsung hasn’t re-launched the Galaxy Fold and now, the Korean giant is apparently planning to release an outward folding smartphone and that too at the earliest. It appears that the company has learned nothing from the Galaxy Fold debacle, which exhibited problems almost immediately in the hands of the early adopters, merely 48 hours into testing. The company now reportedly wants to beat the Mate X launch, by releasing a device bearing the same design as the latter.

The Huawei Mate X, which was supposed to go on sale in summer, has been delayed and according to the company’s boss for Western Europe, Vincent Pang, it won’t be released until September. Although Huawei says that the release has been put on hold to ensure that the device doesn’t meet the same fate as the Galaxy Fold, the general consensus is that the release has been delayed because of the ongoing U.S.-China tensions.

With its arch-rival lying low for the moment, The Korea Herald reports that Samsung will attempt to launch an outward folding smartphone of its own in the market before Huawei does. According to sources, the chaebol’s suppliers have already started mass producing major parts and maybe even the outward folding handset itself. The report further says that the phone will most likely be released before the Mate X, which means we could be looking at an August 2019 release.

In case you forget, Samsung reportedly manufactured a prototype of an outward folding smartphone in 2018 but ditched it in favor of an in-folding design as the primary display would not be at risk of scuffs and scratches. So, with all the groundwork laid, it wouldn’t take much effort for the company to manufacture a new foldable phone. In addition to the alleged out-folding phone, the company presumably has many other designs in the pipeline, including a clamshell-like phone and a Galaxy Fold successor with an 8-inch display and S pen stylus support.

With the Galaxy Fold launch uncertain, how do you think Samsung will convince the market to adopt a foldable handset with a new design? Tell us your thoughts down in the comments.