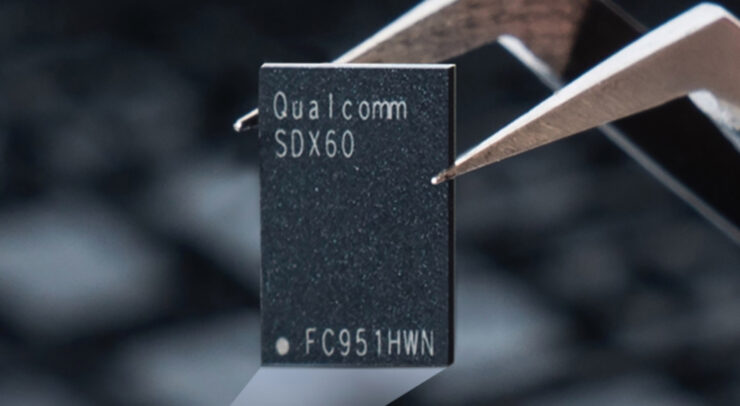 Samsung has reportedly won a contract to make the new Qualcomm Snapdragon X60 5G chips via its most advanced chip-making technology, the 5nm process. According to two sources familiar with this information, the Korean giant won’t receive all orders to make Qualcomm chips, but it will still help Samsung gain a lead against its biggest rival, TSMC.

Reuters reports that Samsung won’t be given all orders for the Snapdragon X60 modems as some of them will be divided with TSMC too. Qualcomm appears to be using the ‘Apple way’ of conducting business; employing more partners, most likely to obtain better pricing opportunities. Unfortunately, Qualcomm, Samsung, and TSMC have not commented on their business relationships or endeavors for the time being, according to the latest report.

It is possible that TSMC gets a larger percentage of orders, since the manufacturer has earned that reputation, and thus, gained lucrative customers such as Apple and Huawei in the process. The Taiwanese chipmaking behemoth is reportedly tasked to deliver the aforementioned companies 5nm chips for the upcoming A14 Bionic for the iPhone 12 and the rumored Kirin 1020 for the Mate 40. Samsung obtaining orders from Qualcomm is a big deal, as most of the Android flagships and mid-range handsets are running the San Diego chipmaker’s silicon. While these orders aren’t believed to help Samsung earn a lead over TSMC, it can still take some of that market share away.

There were earlier reports stating that Qualcomm refused to give Snapdragon 865 orders to Samsung for fear that the Korean giant might use the technology to make its Exynos SoC equal or more capable than Qualcomm’s offerings. Qualcomm has given Samsung orders to mass-produce chips for the Snapdragon 765, but it’s obvious that the company cares a little more about its flagship chipsets. With the Snapdragon X60 modems, Qualcomm probably isn’t too concerned since it’s aware that Samsung already mass produces custom 5G modems of its own, and that too for its smartphones.

The Snapdragon X60 should be a popular pick for customers like Apple, as Samsung’s advanced 5nm process should allow for greater thermal efficiency of the modem. Qualcomm also says that the QTM535 module allows the Snapdragon X60 to sport a smaller form factor than the Snapdragon X55, meaning slimmer smartphones won’t run into space constraints.

We’ll obviously get to know more about the baseband chip in the near future, so we advise that you continue following us for the latest updates.