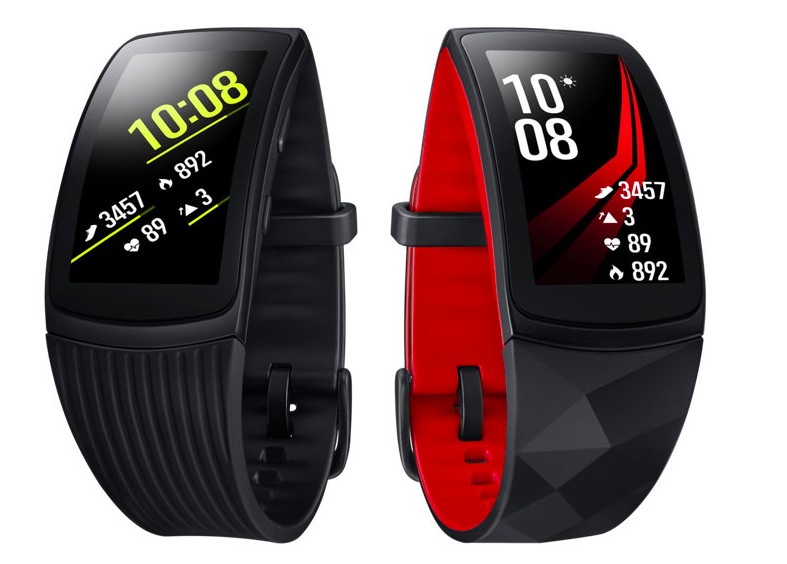 Samsung is all set to unveil the next iterations in the Gear lineup of smartwatches. At the Galaxy Note 8 Unpacked Event in New York City, the company teased the launch of the upcoming Gear S4 at IFA event on August 30. Alongside, the Gear Fit 2 Pro fitness tracker has leaked online on Samsung's Malaysian website.

Samsung's IFA stint will bring more products out of the veil, including the wearables. Samsung Mobile president DJ Koh confirmed that the upcoming Gear watches will be launched in Berlin, next week. We don't have much information about the Gear S4, but thanks to Samsung's Malaysian website, Gear Fit 2 Pro activity tracker product page revealed a lot.

Hours before the Galaxy Note 8 launch event, Samsung Spain published a landing page for its unannounced Gear Fit 2 Pro activity tracker. First spotted by Venture Beat's Evan Blass, the new activity tracker from Samsung will come with water resistance at roughly 50 meters clubbed with a new Speedo app for swimmers. This time around, Samsung has made changes to the strap design on the tracker, the new design looks more durable.

SamsOf course, the new Gear Fit 2 Pro also carries forward many features from its predecessor. It features a 200mAh battery with four days backup on a single charge. There is 216 x 432 curved AMOLED display on board along with the same watch faces that were available for download via Galaxy App Store, for previous models too. According to the serial leakster, Evan Blass, Samsung could price it around $200.

Samsung is expected to officially reveal it alongside Gear S4 at the IFA event, next week. It is not surprising to see Samsung choosing IFA as the launch destination for the new Gear smartwatches; the company unveiled previous models at the IFA too. To recall, the Gear S3 was launched around the same time in August, but it began shipping in November.

Stay tuned with us to know more about the upcoming Gear smartwatches by Samsung.