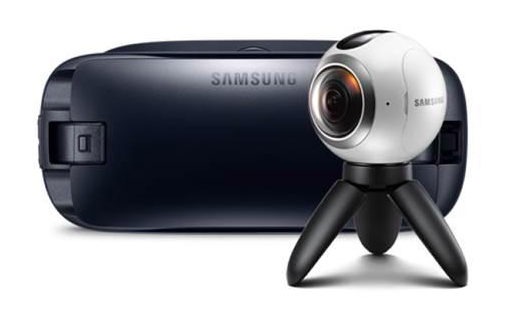 The first-generation Gear 360 camera is no more a new gadget; it will soon get a successor in the form of Gear 360 Round that will be unveiled at the IFA 2017 in Berlin. The first-gen Gear 360 camera, however, still does a good job of capturing full 360 videos and images. The best part is that it is now available at much lower pricing than before on Amazon. You can now grab it for just $76.80.

The first-gen Gear 360 comes integrated with two 180-degree wide-angle lenses that work together to deliver 360-degree media. It can render 30MP images and 3840x1920 pixel videos. The device also has IP53 certification that makes it water and dust resistant. Design-wise, the Gear 360 is quite rugged. It is not compatible with all Samsung smartphones, but some modified APKs can get it paired with other devices too.

You can get theGear 360 VR Camera for $76.80 on Amazon right now. The pricing graph of the Gear 360 is following a downward trend, and its current pricing is the lowest it could probably get. The highest pricing for the device was $350 in November 2016 on Amazon.

Besides, Amazon is running a "free snack when you spend $25" promotion with this deal, which means that you will get a free bag of trail mix with every purchase. Click on the link below to buy Gear 360 from Amazon.

Here are some key features:

Now that the pricing of the Gear 360 VR Camera has substantially come down, would you give it a try? Share your thoughts with us in the comment section below.