While ending the week on Friday, we saw a bend / durability test done on Samsung Galaxy S6 Edge that shattered the device completely. The company responsible for this test claimed that Galaxy S6 edge is as prone to bending as the iPhone 6 Plus and even breaks more easily. Samsung has naturally sought to confront this as no company would want its fans, supporters, and even future prospective customers see such kind of videos before even the smartphones start shipping out worldwide. Here's Sammy's take on the Galaxy S6 edge bend test video.

"we are confident that all our smartphones are not bendable under daily usage." - Samsung 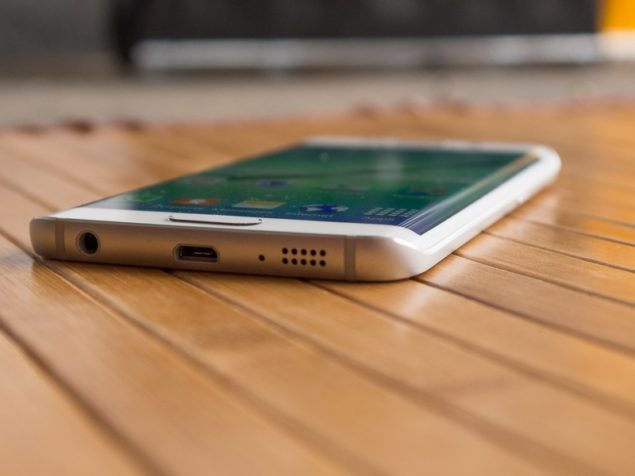 Last week SquareTrade, which is a warranty service provider, published Galaxy S6 edge bend test and compared how it fared against the iPhone 6 Plus and the HTC One M9. In the video, the dual-curved smartphone from Korean tech manufacturer bends at 110 pounds - just like the iPhone 6 Plus. The device was rendered completely useless and shattered at 149 pounds - which is worse than iPhone 6 Plus's 179 lb breaking point. Here is the Galaxy S6 edge bend test video if you missed it last week:

SquareTrade had noted that,

this test uses BendBots which are robots detecting how much pressure a smartphone can take before bending / breaking. SquareTrade claims that these BendBots simulate similar forces that occur when a person sits down with a phone in the pocket.

However, it is the exact point that Samsung has confronted in its latest official blog on Samsung Tomorrow.

the video assumes a very specific condition – 110lbf (50kgf), which rarely occurs under normal circumstances. The normal force that generated when a person presses the back pocket is approximately 66lbf (30kgf). Our internal test results indicate that the Samsung Galaxy S6 and S6 edge are not bendable even under 79lbf (32kgf), which is equivalent to putting pressure to snap a bundle of five pencils at once. - Samsung Tomorrow

Shouldn't this be dependent on a user's weight and the angle of sitting on top of the poor smartphone? Anyway, moving on to the second argument that Sammy gives is that both the front and back of the smartphones are differently strong. Samsung claims that it will officially request SquareTrade to publish a Galaxy S6 edge bend test on the back of the phone too.

Samsung Tomorrow shares a video conducting 3-point Galaxy S6 edge bend test. The official blog claims that Samsung is "confident that all our smartphones are not bendable under daily usage."