Samsung Starts Mass Production of Its Fastest Smartphone Storage Ever – The eUFS 3.1 Standard 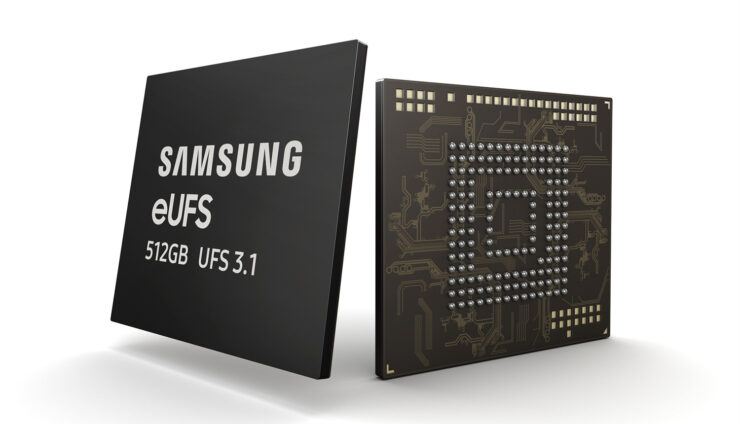 Samsung is moving with lightning pace to deliver faster components for smartphones. Shortly after announcing mass production of its second-generation 16GB LPDDR5 RAM chips for mobile devices, the Korean manufacturer will now start mass production of the world’s fastest storage for smartphones. Presenting to you the industry’s first embedded Universal Flash Storage 3.1, or eUFS 3.1 memory, which will eventually be found in future flagships.

Samsung commenced mass production of its eUFS 3.1 storage for smartphones at its new Xi’an, China, line (X2) this month. The company will eventually shift production to its Pyeongtaek line (P1) in Korea to address the growing demand. In terms of speed differences, the eUFS 3.1 standard is up to three times faster than the previous-generation eUFS 3.0 standard in write speeds and is able to exceed the 1GB/s data transfer barrier.

If we talk about accurate numbers, Samsung claims that the new standard can achieve a sequential write speed of over 1,200MB/s. While it’s not the same as the PCIe NVMe 3.0 standard, to see this level of performance in future flagship smartphones will be something out of a fairy tale. The aforementioned speed of the eUFS 3.1 standard means that it will take only 1.5 minutes to transfer around 100GB of data. 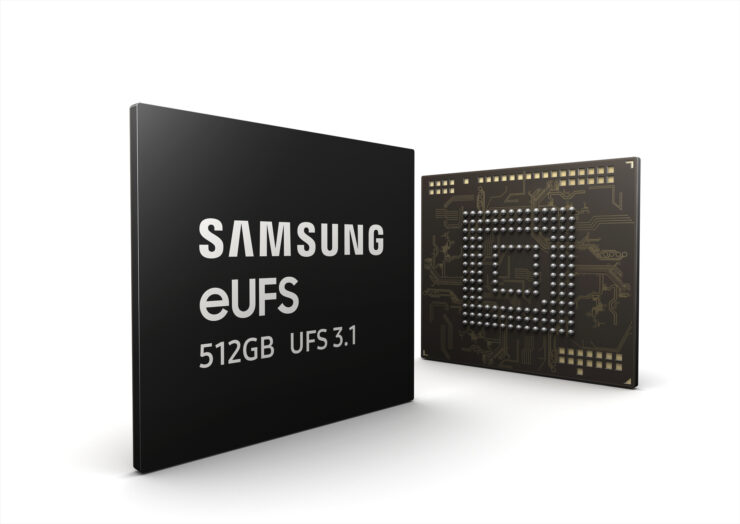 Additionally, if high data transfer speeds aren’t your preference but if you want to open up an app real quick and experience an overall snappy smartphone, here’s what you’ll probably be thrilled to read. Samsung’s eUFS 3.1 512GB memory can deliver up to 60 percent faster processes than the UFS 3.0 standard, offering 100,000 IOPS for reads and 70,000 IOPS for writes.

In addition to the 512GB storage option, Samsung will also be providing 256GB and 128GB memory options to its various partners in the future. These smartphone manufacturers might also take advantage of Samsung’s rumored 150MP Nonacell sensor, which will reportedly arrive during Q4 2020. 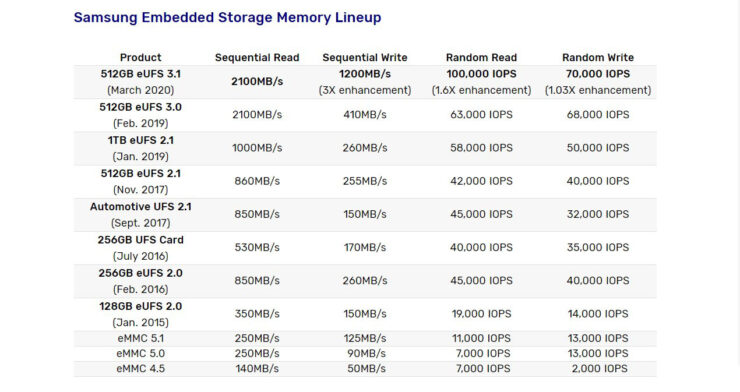 Needless to say, if you want a faster flagship in the palm of your hands, then you’ll need to wait a while because things are going to get lightning fast in a few months.