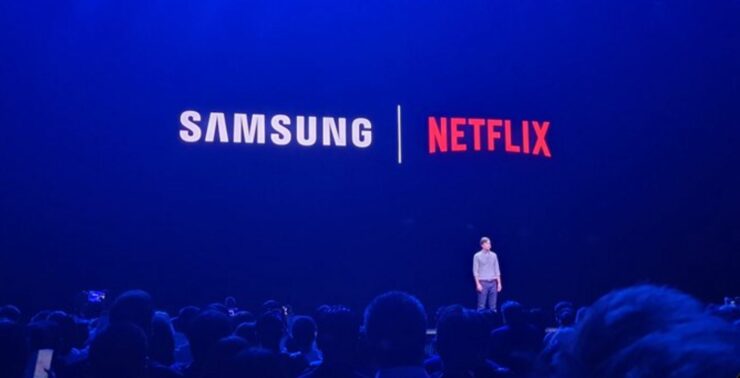 Netflix too center stage at the Unpacked 2020 event to announce that it is partnering with Samsung to unlock bonus content on the Galaxy smartphones. That's right, the video streaming giant is now Samsung's mobile entertainment partner which will bring exclusive Netflix titles to the mix.

Netflix's Chief Marketing Officer, Jackie Lee-Joe stated that "The mission of this partnership to make the Netflix viewing experience on Samsung mobile the absolute best it can be." Samsung announced the news as it's Unpacked event unfolded the Galaxy S20 series and the Galaxy Z Flip along with the Galaxy Buds+, the company's enhanced truly wireless earbuds.

For Samsung, partnering with a video streaming giant with 167 million subscribers can be huge, It will allow the company to lure in more customers. However, Netflix is receiving competition from the likes of Disney+, Apple TV+ and more. The beautiful AMOLED panels on the Galaxy S20 series with 120Hz refresh rates and 5G connectivity makes the device a must-have if you're an avid Netflix media consumer.

Netflix is deeply integrating with Samsung as it will allow the company's virtual assistant to search and run shows. Furthermore, the dedicated bonus content will be available for the Galaxy devices. "Users can also discover Netflix’s best-in-class content through improved integration with Galaxy devices, enabling ease of content discovery and accessibility via Samsung Daily, Bixby, and Finder," says Samsung.

Samsung also announced its truly wireless earbuds - the Galaxy Buds+ which now features enhanced battery life up to 11 hours, improved call performance thanks to two external mics and more. It is available at $149 and pretty much looks identical to the first generation. Check out our full coverage of the earbuds.

There will be more to the story, so be sure to stay tuned in for more details on the subject. What are your thoughts on Netflix partnering with Samsung for exclusive content for the Galaxy S20 series? Let us know your thoughts in the comments.

Final One UI 3.0 Release for Galaxy S20 Series Might be Around the Corner

Private Share Could be Samsung’s Blockchain Based Sharing App

Massive Galaxy S21 Leak Reveals Everything You Need to Know