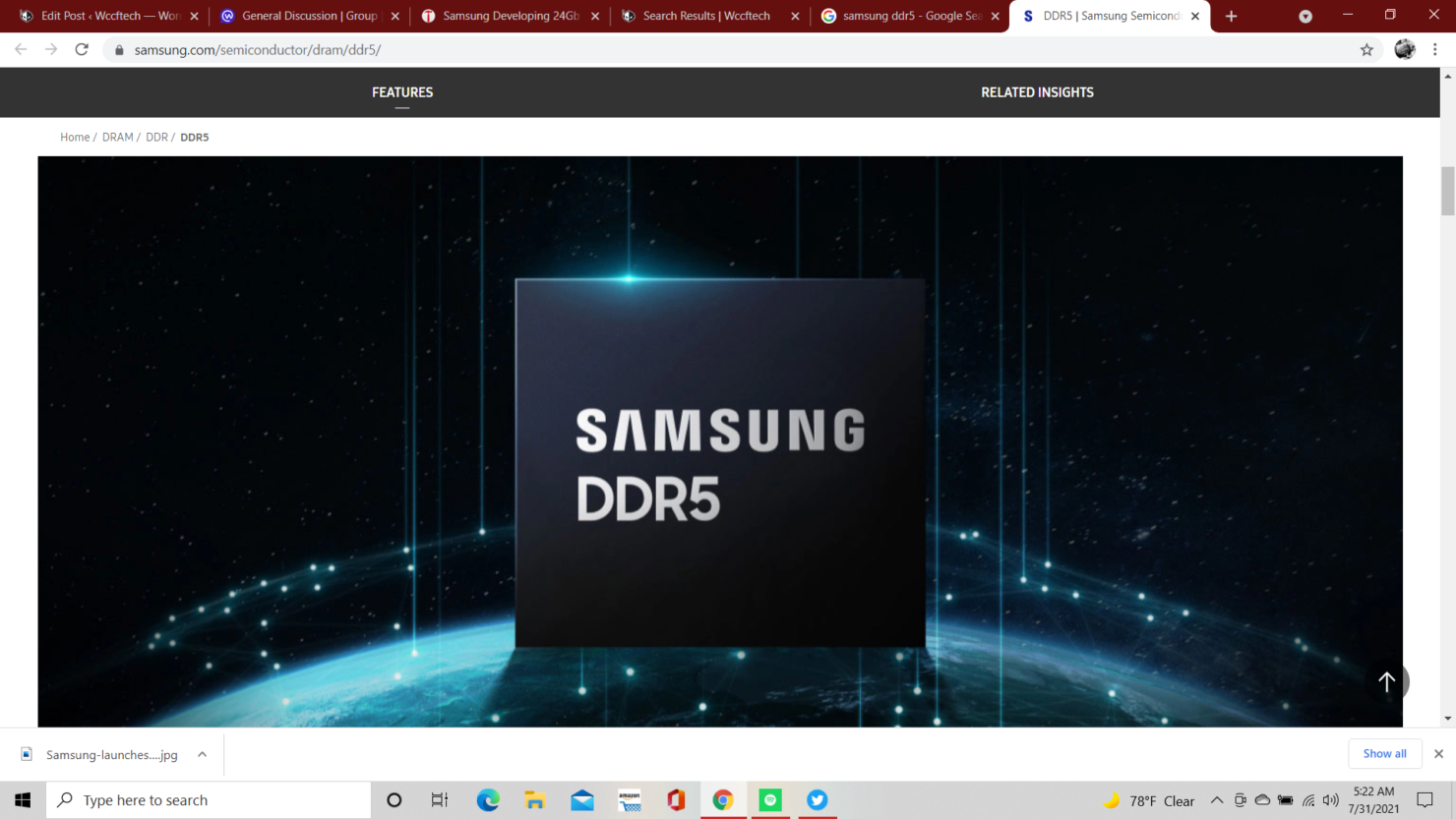 In a surprising turn, Samsung announced that it is manufacturing 24 gigabyte DDR5 memory capable chips after agreeing to the demand of enterprise customers, especially the market that utilizes cloud datacenters. With Samsung catering to those consumers, it will allow the company to create memory capacities of up to 768 gigabytes (per stick) to be used for client servers and offer higher memory options for those client's computers. In addition to this announcement, Samsung released details about its extreme ultraviolet lithography (EUV) DRAM.

"In order to meet the demand and request by the cloud companies, we are also developing a maximum 24Gb DDR5 product..."

— A Samsung executive during a recent earnings conference

Samsung showed consumers and enthusiasts their 512 gigabyte RDIMM that utilizes 32 x 16GB stacks that was modeled from 8 x 16GB DRAM products. The process allows for efficient signaling and keeps power levels down.

Samsung has the possibility of increasing the capacity of a 32 chip module to the aforementioned 768GB by taking 24 gigabit memory ICs and using them in what is considered 8-Hi stacks. With this process, the RDIMM could utilize a server CPU's eight channels that use two modules on each channel, thus adding over 12 terabytes of DDR5 memory. Currently, the Intel Xeon Ice Lake-SP processor can only support a maximum of six terabytes of DRAM.

Presently, clients are only able to readily access 16 Gb DDR5 on the market, and Samsung states that it will be some time before we actually see 24Gb DDR5 products available. With the current technology limitations, it is difficult to increase the available capacity of a memory IC two times the size. To do so would limit the amount of space for the structures of the capacitors and DRAM transistors and cause impossibilities to allow working on node-to-node structures.

Our 14 nm DRAM is the smallest design rule in the industry's 14 nm class...

...We will mass produce this product in the second half by applying EUV to five layers.

—statement from a Samsung executive.

There is no specific date set for Samsung to release 24Gb DDR5 memory chips. Currently, Samsung is testing 16 Gb-based 512GB RDIMMs for clients utilizing servers for their organizations in an attempt to remain competitive with other rival companies with 24 Gb-based 768 RDIMMs in the pipeline.