On Amazon, as part of their Cyber Monday deals, the Samsung 860 QVO Series of SSDs up to 32% off the Original Price! This series offers multiple versions such as 1 TB, 2 TB, and a 4 TB option, which are all SATA based SSDs in the 2.5" form factor.

While these SSDs will be limited by the SATA bus speed of your motherboard they do offer massive capacities that are well worth the price. It is well worth the slower read and writes times, these SSDs offer sequential read and write speeds of 550 MB/s and 520 MB/s and are fantastic if you were planning to use them as either a Boot Drive or for your Steam games library. You can find the deals in the links below:

These SSDs have a fantastic feature called Intelligent TurboWrite. This feature helps the SSD accelerate the write speeds by using a larger variable buffer keeping your games running and loading as fast as possible. Samsung's smallest QVO SSD in this series is 1 TB in size and is on sale for 32% off, making this somewhat affordable SSD into a very affordable SSD This SSDs price is currently just $87.99. This SSD in the 2.5" form factor offers massive flexibility for system building, making it possible that this could be the Boot drive for the computer and the primary storage drive with little to no issue. 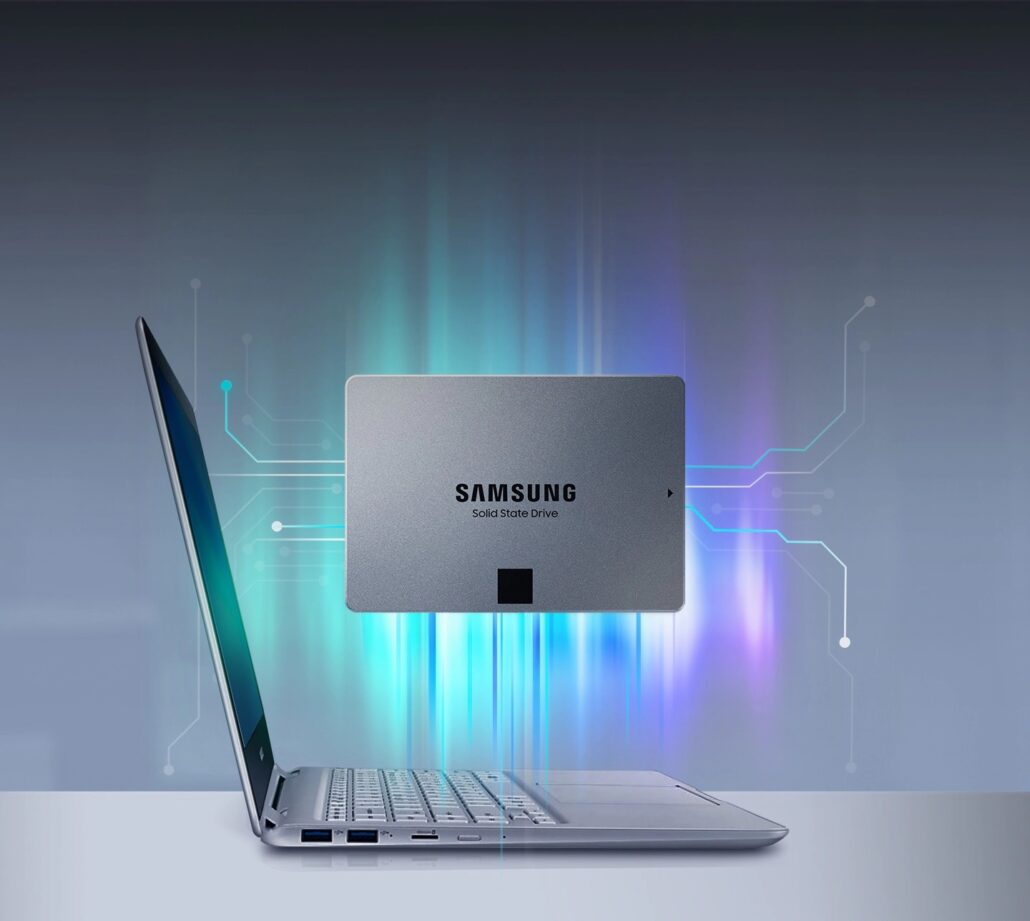 Samsung's 'Mid-range' SSD is 2 TB in size and is discounted by 12%, making this generally over $250 SSD just $229.99. This saves the buyer a total of $30 on their upgrade to a much bigger SSD or from their older HHD to this newer and much faster SSD. The 2 TB version will be perfect for anyone planning on a Mini-ITX builds, and these build primarily only have one to two places to put drives getting a larger SSD will allow for adding another drive in the future.

The Samsung 860 QVO 4 TB version is an amazingly large SSD, which will make most programs run faster as the read and write speeds of this SSD far surpass any Harddrive, including the quicker 7200 RPM Harddrive. The 4 TB version has been discounted by 11%, making this massive SSD cost $489.49, which is substantially cheaper than the initial price of $549.99. If you were looking to upgrade your system or planning to buy a gift for a tech-obsessed friend, then these SSDs are a fantastic buy, with the 1 TB version being an excellent deal.

The ADATA SSD is $70 off and You should buy it!