US retailer Micro Center is well-known for high-performance computing solutions and they recently started offering their own components for the gaming segment. The main focus is on SSDs under its new 'Inland' brand which is a collaboration between Micro Center and Phison & caters to the gaming audience, both PC and consoles (the latter is true for the product I am reviewing today).

The first product in the Micro Center lineup, the Inland Performance Plus, was introduced last year and was mainly regarded as a premium Phison E18 controller-powered product. This year, Inland is launching its latest Gaming Performance Plus SSD solutions which are optimized specifically for the gamer audience. They still utilize the Phison E18 controller but it features a more affordable design and even comes with a heatsink that is compatible with Sony's PS5 console.

So as expected, the Inland Gaming Performance Plus SSDs come in two flavors, a 1 TB and a 2 TB model. We will be taking a look at the 2 TB model.

In terms of performance, Inland Gaming Performance Plus 2 TB has sequential read speeds of 7000 MB/s and write speeds of 6850 MB/s. The Random read speed of the drive is up to 650K IOPS and the write is 700K IOPS too. The endurance of the lineup is rated at 1400 TBW or 3,000,000 hours which should last a good amount of time with these drives. You are also looking at a 6-year limited warranty through the entire lineup. As far as pricing is concerned, the 1 TB model goes for $149.99 US while the 2 TB model has an MSRP of $289 US.

The Inland Gaming Performance Plus comes in a small package. The front of the package is the blue and black theme with a large picture of the SSD featured on it. There are many logos on the front starting with the Inland logo and marketing labels for 3D NAND, M.2, PCIe, and NVMe. 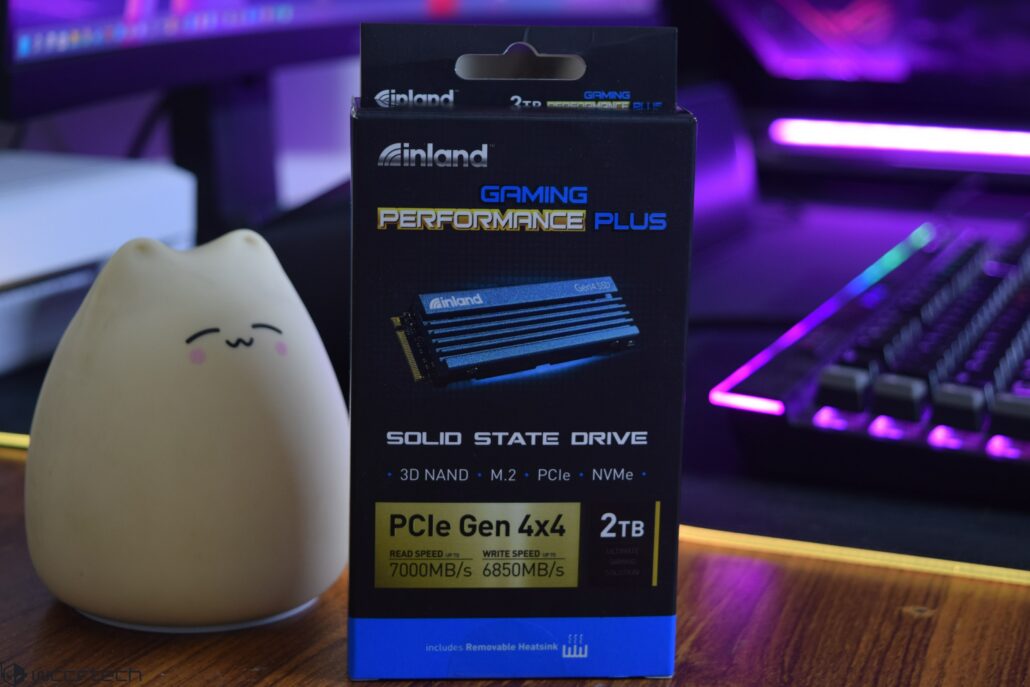 The back of the package lists down some specifications of the SSD and some performance figures which we will get to in a bit. Interestingly, the front and the back lists down different read and write speeds. The write speed is listed at 6850 MB/s on the front but 5500 MB/s on the back but we know that the real speeds are 6850 MB/s. 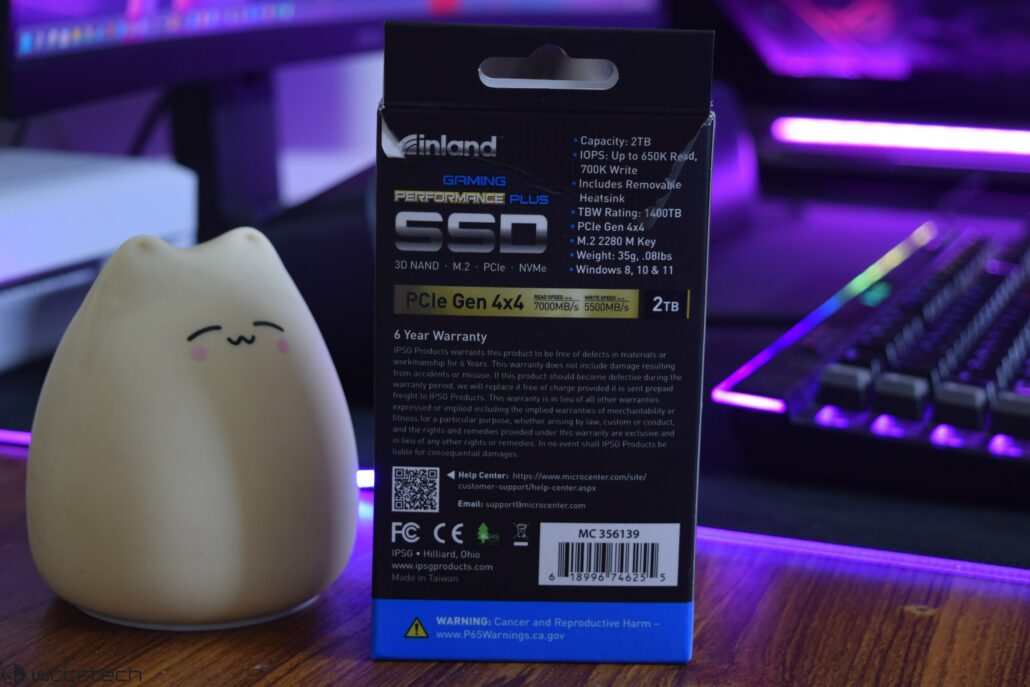 The packaging within is very simple with the SSD being held onto a plastic container with foam on both ends. The SSD sits in the middle of the container. 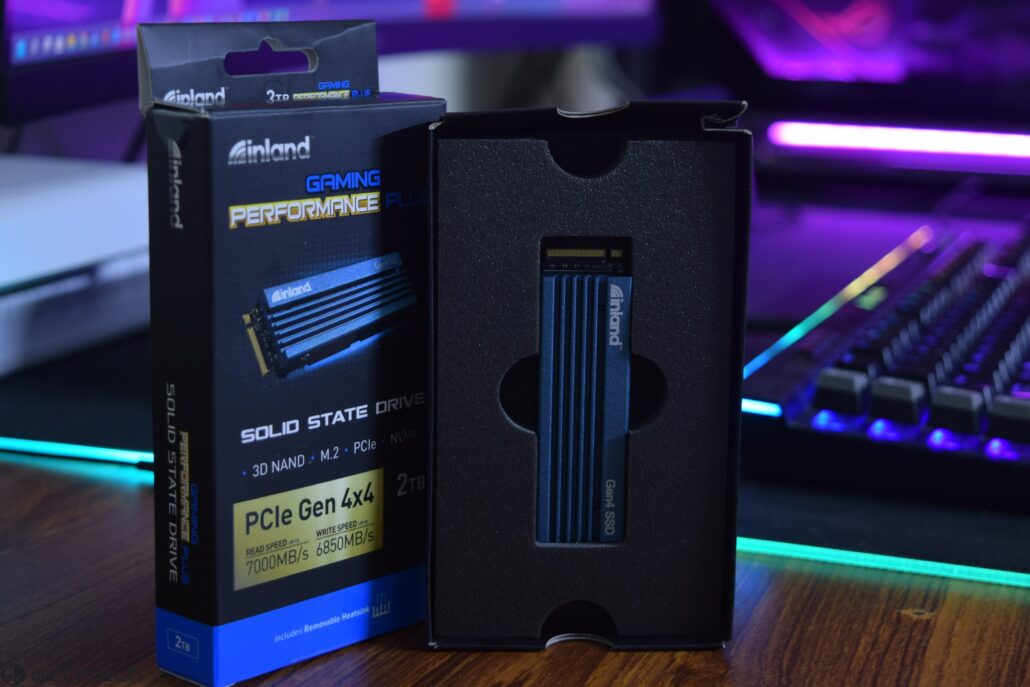 Out of the package, both drives come in the standard M.2 2280 form factor with the 2 TB model having a black-colored PCB. 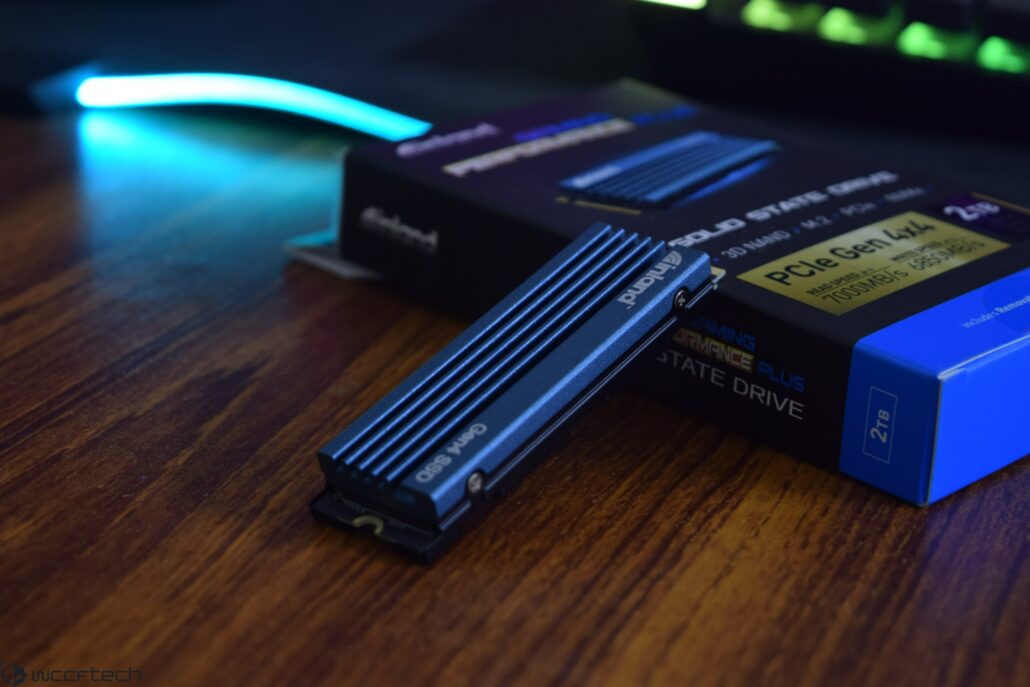 The front of the drives includes a specifications sticker and comes pre-equipped with the heatsink. The heatsink can be removed easily and is compatible with the PS5 console. The back of the SSD is the thermal sticker.

We have tested quite a few SSDs based on the Phison E18 controller over the past few months & well all SSDs have proven to be at the high-end of the spectrum when it comes to performance. It looks like the Inland Gaming Performance Plus is no exception either as it delivers the same high-class speeds that you can expect. The read and write teams match what you should expect from the E18 controller and it also packs onboard DDR4 DRAM.

Also looking at the temperatures above, you can see that the SSD performs within normal operating temps of under 50C. It does get slightly warm under intense stress tests such as benchmarks but nominal use temperatures average at around 55C. The heatsink delivers outstanding temps and the low profile makes it perfect for any PC combo plus as an added bonus, it is also compatible with Sony's PlayStation 5 so you can expect the same high-end perf on your gaming consoles. 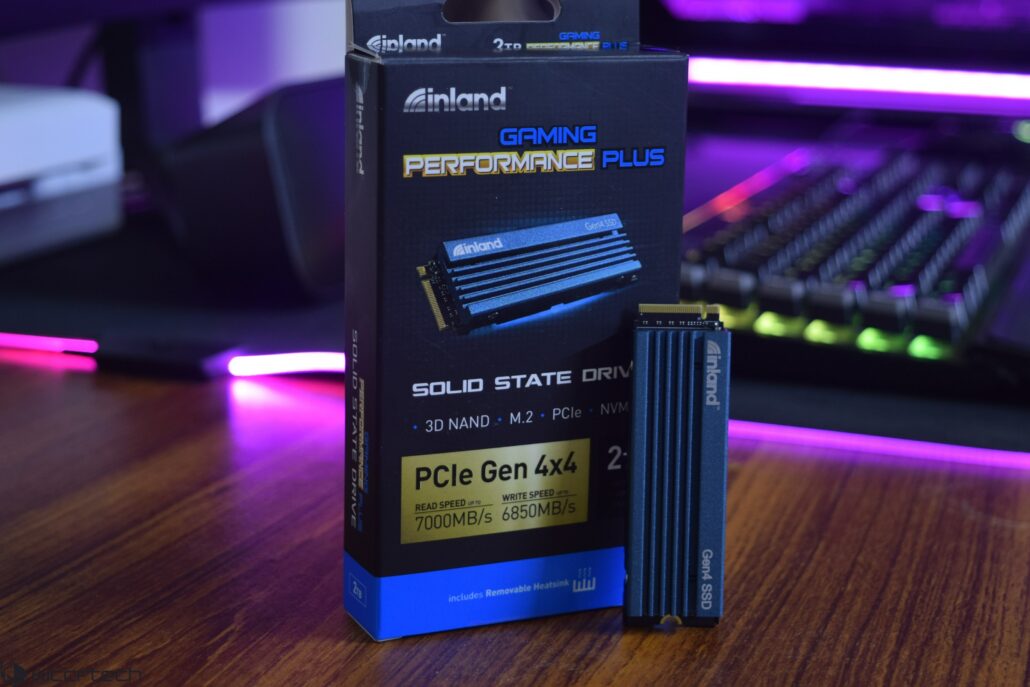 At $289.99 US, the Inland Gaming Performance Plus is definitely on the high side when it comes to pricing but in terms of performance, it is definitely worth looking at, especially if you plan on using it as your main gaming drive on your high-end PC setup or a PlayStation 5 console!

Micro Center Offering A $1000 Discount On The Entry Level iMac Pro, Check It Out