MSI is one of the most renowned hardware manufactures in the PC industry. The brand is mainly known for its graphics cards and motherboards but just like every major manufacturer, the brand has been expanding into other ventures such as peripherals, casings, cooling solutions, laptops & pre-builts. The latest expansion to MSI's diverse portfolio is their brand new SSD range known as Spatium. 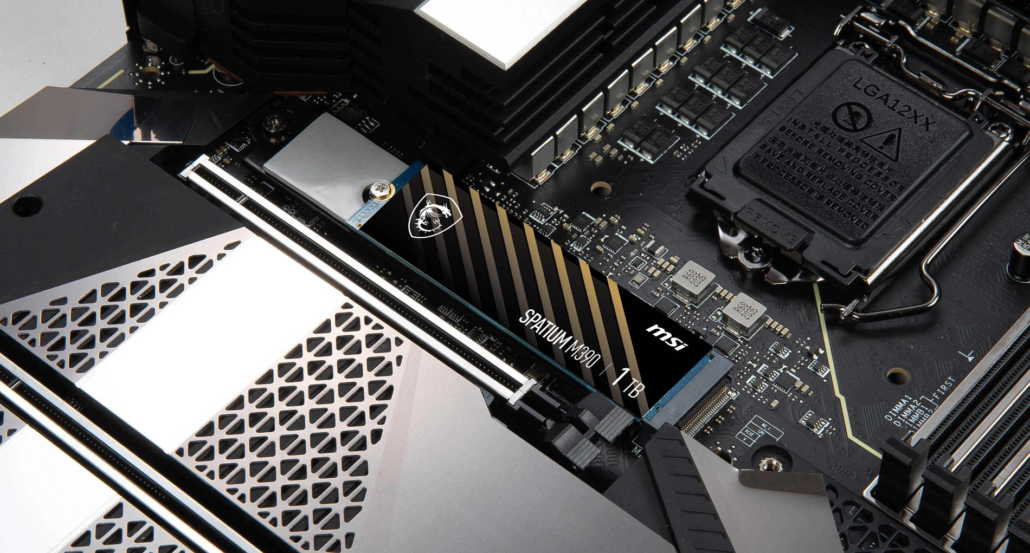 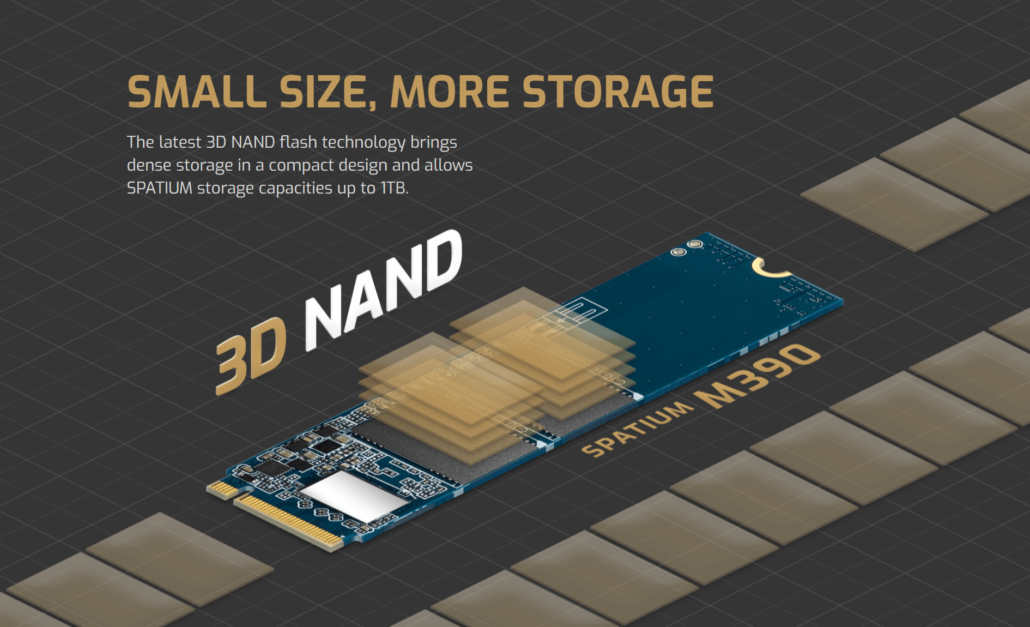 Today, I will be testing the MSI Spatium M390 1 TB Gen 3 SSD which is priced at an MSRP of $109 US. The drive features the PCIe Gen 3.0 protocol along with mainstream pricing, making it ideal for mainstream solutions and budget PC builds.

MSI SPATIUM M390 is part of the latest MSI SPATIUM family and hence, it comes with a new design language that features an IHS spreader based on a copper film.

The MSI SPATIUM M390 SSDs are based on the NVMe SSD form factor and feature a 96-layer TLC-based 3D NAND flash which offers larger capacities, better performance, and slightly lower power input. The M390 SSDs are also based on the Gen 3 Phison E15T controller.

Furthermore, these 2 TB model is priced slightly above the premium offerings with a cost of $189.99 US which gets you really high-speeds out of the box. In terms of performance, MSI's SPATIUM M390 1 TB has sequential read speeds of 3300 MB/s and write speeds of 3000 MB/s.

The Random read speed of the drive is up to 420K IOPS and the write is 550K IOPS. The MSI SPATIUM M390 1 TB SSD has an idle power draw of 30mW and a maximum operating power of 4W. The endurance of the lineup is rated at 400 TBW or 1,500,000 hours which should last a good amount of time with these drives. You are also looking at a 5-year limited warranty through the entire lineup.

The SSD comes in a small package. The package is colored black and features large pictures of the SSD featured on it. The front also lists down some features such as capacities, maximum read speeds, PCIe 3.0 NVMe M.2 form factor. 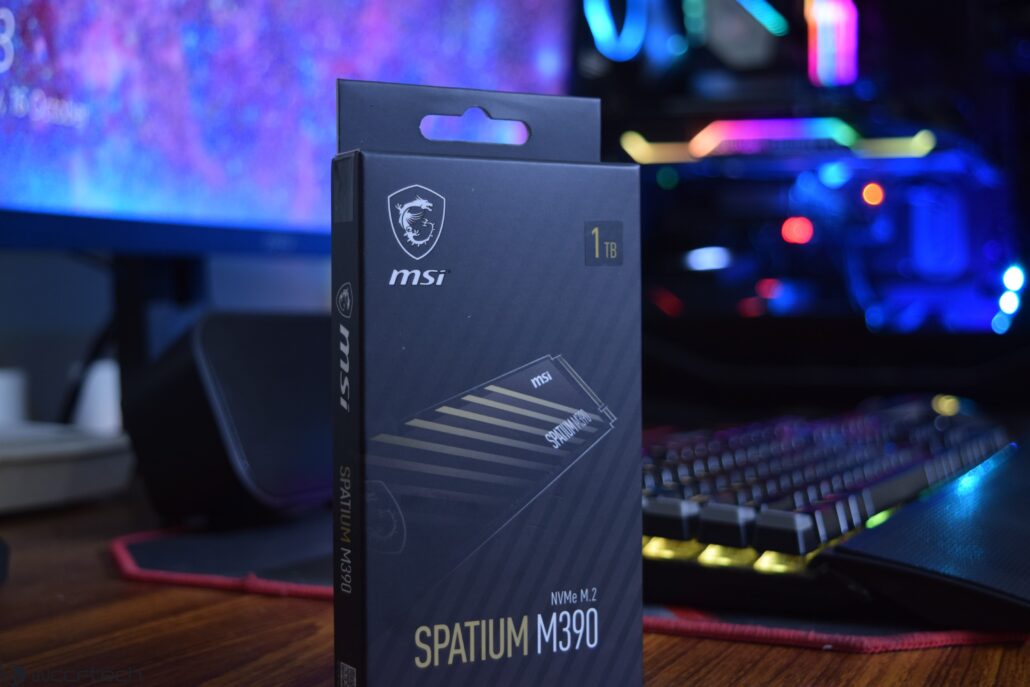 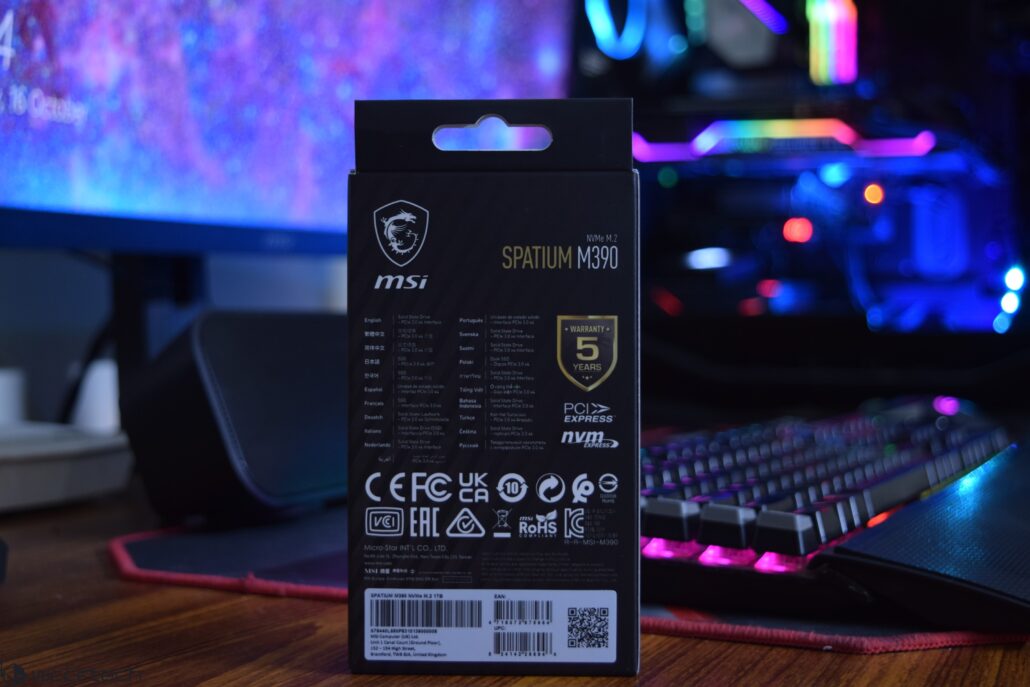 The Spatium M390 package includes the SSD itself along with a drive manual. The higher-end drives come with a lucky comic book too. 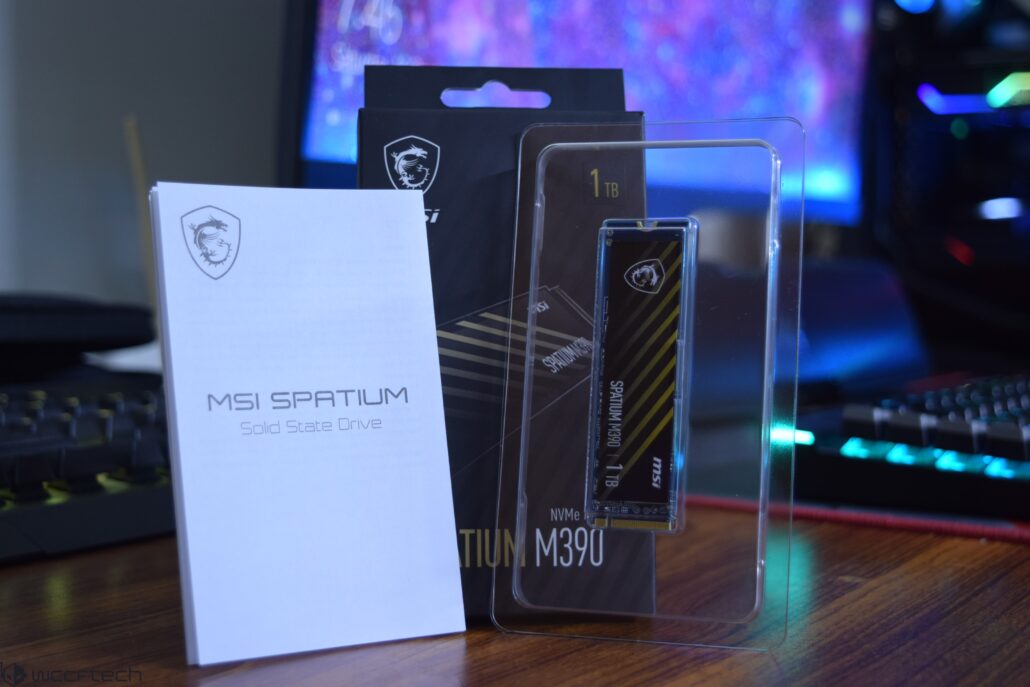 Out of the package, the drive comes in the standard M.2 2280 form factor and features a blue PCB which is a common sight for entry-level storage devices. 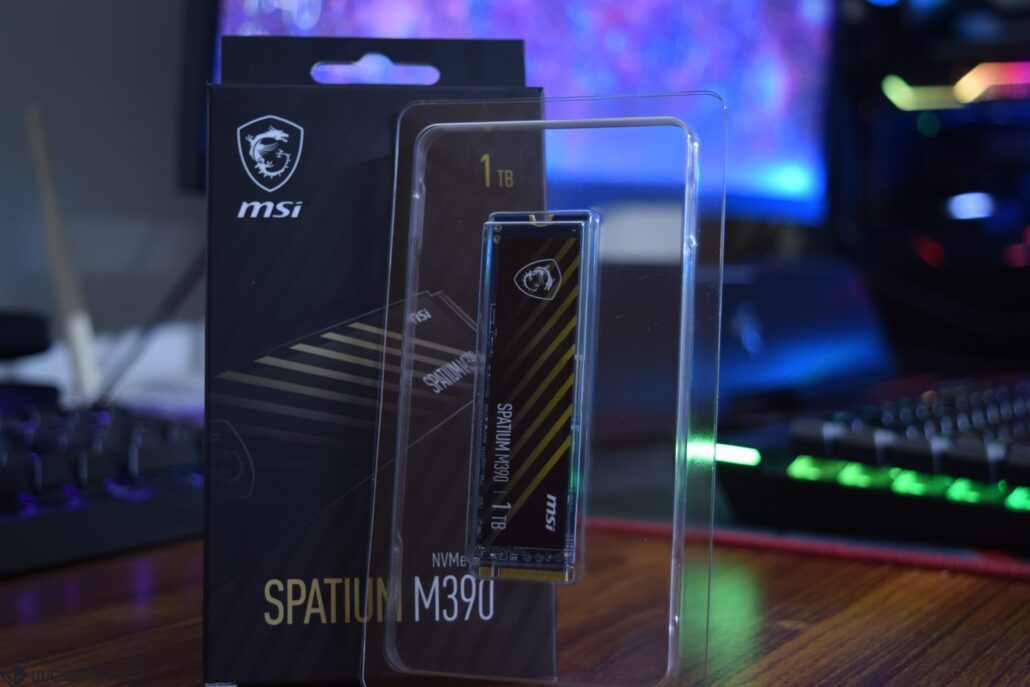 The front of the drives includes a specifications sticker and you can place the copper film on the exposed side of the PCB. 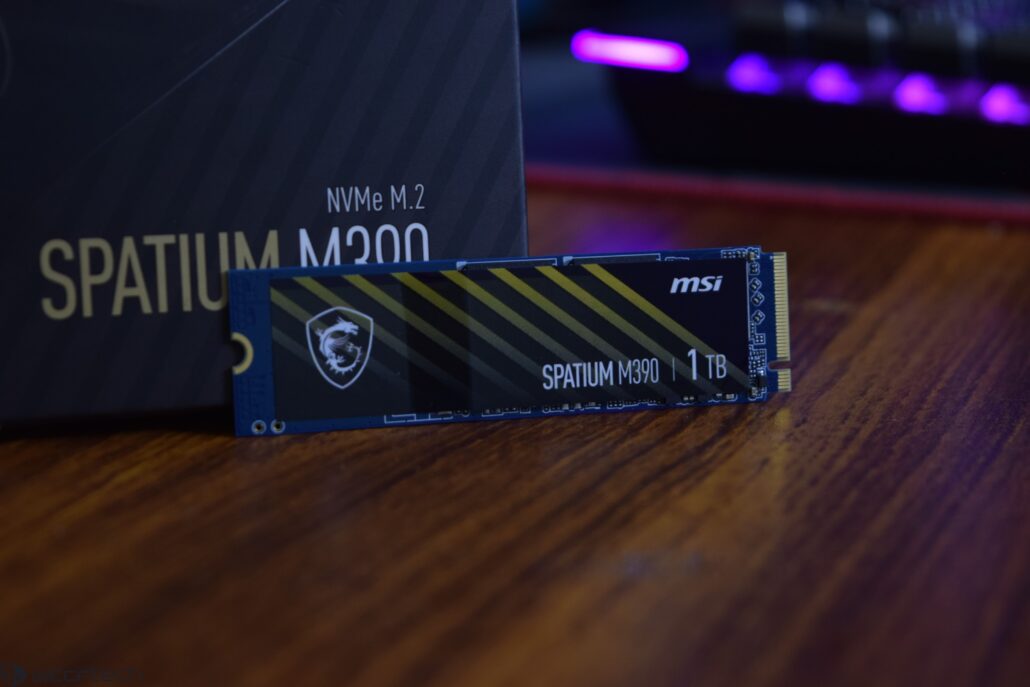 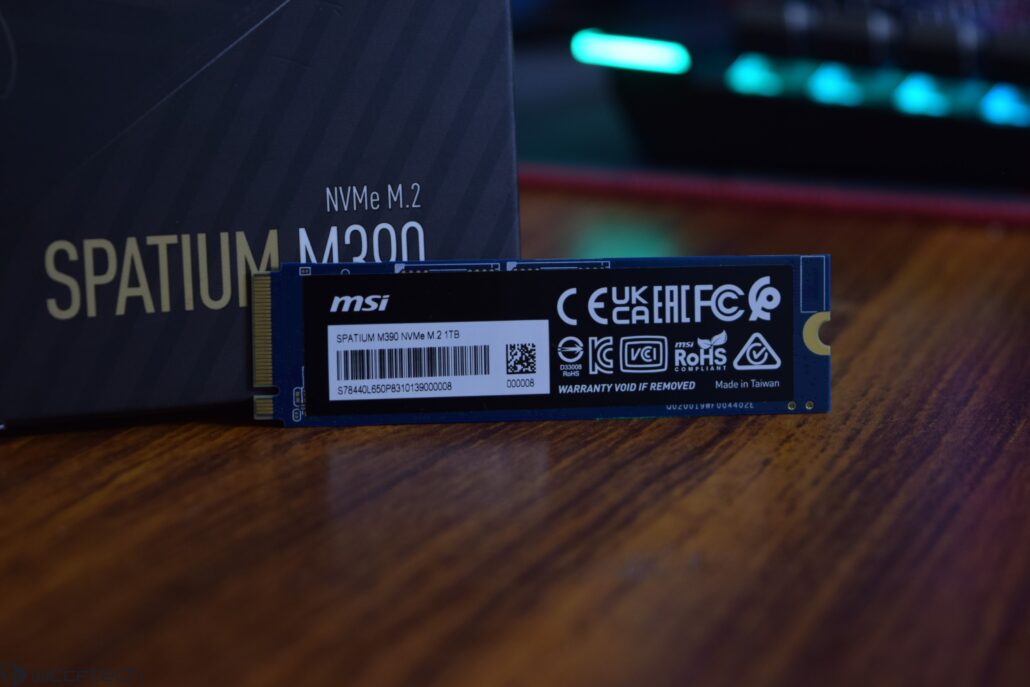 MSI's entrance into the storage market brings forth two very competitive products, we already took the high-end Gen 4 M480 and M470 to the test drive a few months back and now we get to take a look at the entry-level M390. The Spatium M390 1 TB offers the speeds you'd expect of a Gen 3 SSD with its read and writes rated at 3300 and 3000 MB/s, respectively. It is based on the Phison E15T controller and the performance we noted was justified and well within the range of standard Gen 3 devices.

Also looking at the temperatures above, you can see that the SSD performs within normal operating temps of under 60C. It doesn't get as hot as the Gen 4 SSDs and doesn't require heatsinks either. 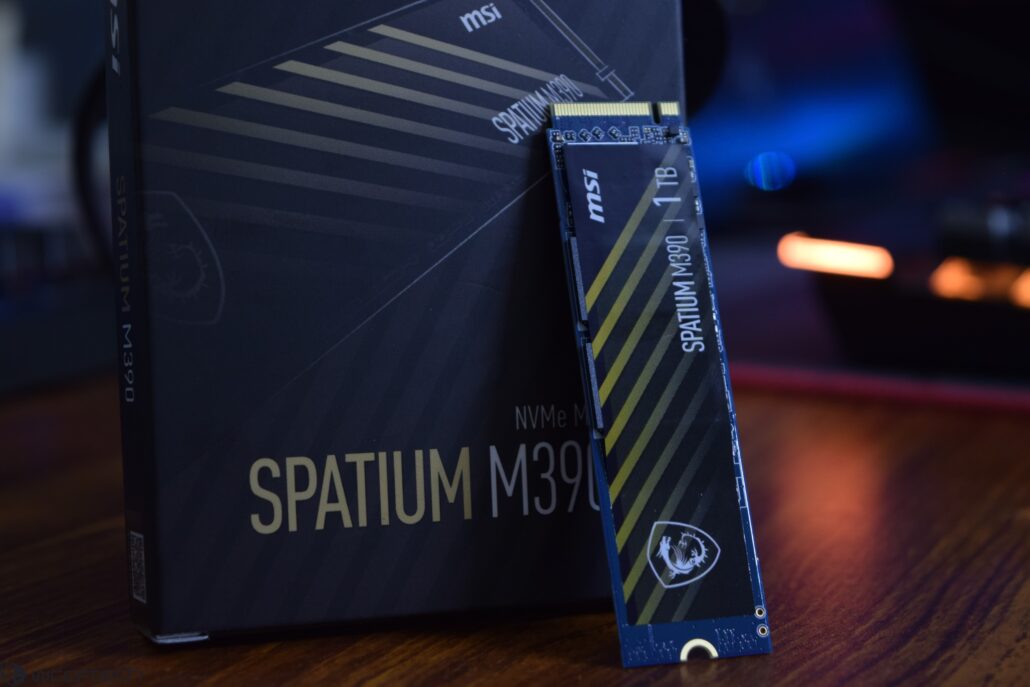 The standout feature of the M390 is its pricing. Starting at $109 US for the 1 TB variant, you are getting a great deal considering the Samsung 980 1 TB Gen 3 retails at over $120 US. That's a very competitive position where MSI has placed the M390 and we can definitely recommend the SSD for general use or if you plan on installing some games on a faster storage solution for those fast-load times.