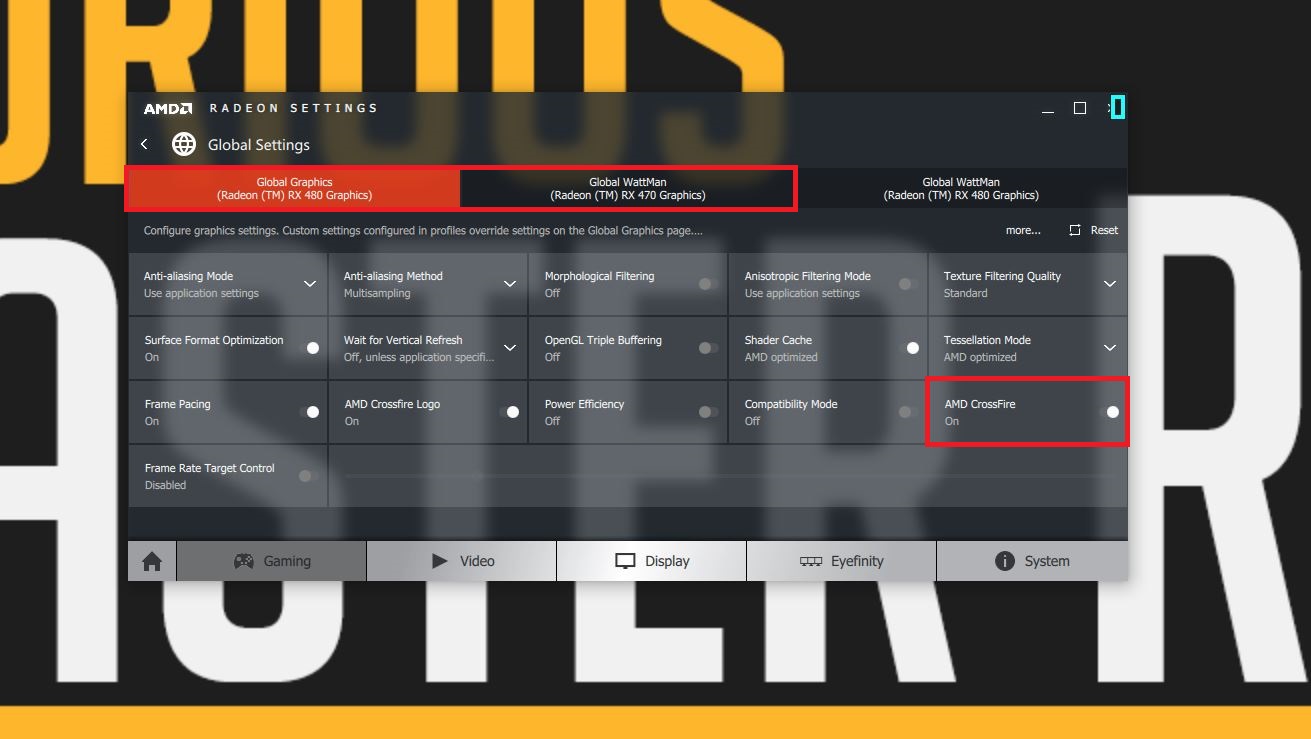 One of the more interesting features of AMDs CrossfireX is its flexibility. Unlike NVIDIA, AMD allows for different GPUs to be used for multi GPU configurations. The catch is, they have to be of the same core derivative. Example: You could crossfire an HD 7970GHz edition with an HD 7950, but you could also crossfire it with an R9 280x. I have done so in the past with an HD 7950 and a R9 280x out of curiosity. Same could be done with a R9 290 and a R9 390x, again same GPU core family. You couldn’t however crossfire a R9 390 with a R7 370, as they’re both from different core families and GCN generations.  Well, I had both my RX 480 and a friends RX 470 here on my desk and it hit me. They’re both Polaris 10 based GPUs only one is cut down, much like the HD 7950 to the HD 7970. A quick search around the internet scored me no hits on whether anyone had tried this, and I came up empty handed. So I decided it was worth a shot.

And BEHOLD, it worked. My Reference XFX RX 480 4GB and the MSI RX 470 Gaming X had no problem seeing each other and letting me tick on the ‘Crossfire’ option. So while I had it at my disposal I wanted to see what it could pull off. There won’t be a full review of the MSI RX 470 Gaming X as it isn’t going to be here long enough for a review, but I do have a Sapphire Nitro+ RX 470 showing up today so hang tight for that one.
Testing Methodology is the same as we’ve used before where we measure the games frames using fraps and analyze them for the Average FPS, the 1% lows, and the final .1% lows. We’ve only tested a handful of games that we know support multi GPU as we only wanted to see how these two scale together rather than doing a full review.  All games were run at 1080p. 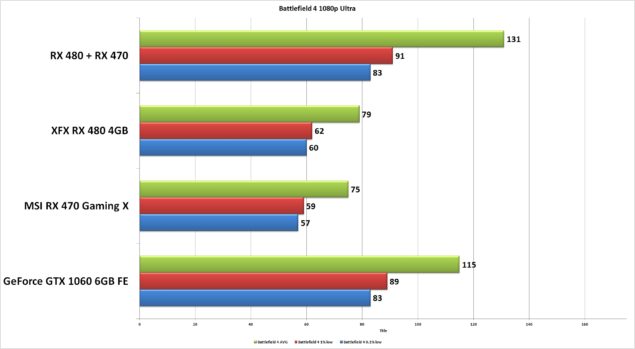 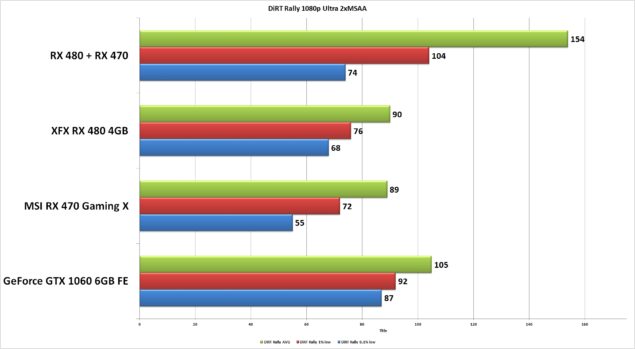 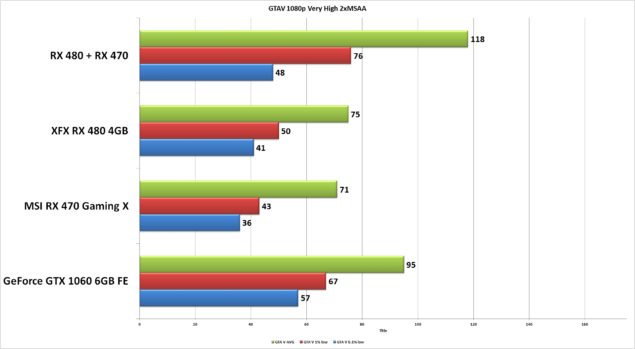 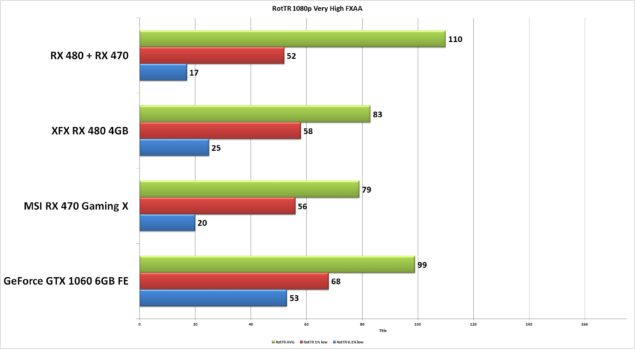 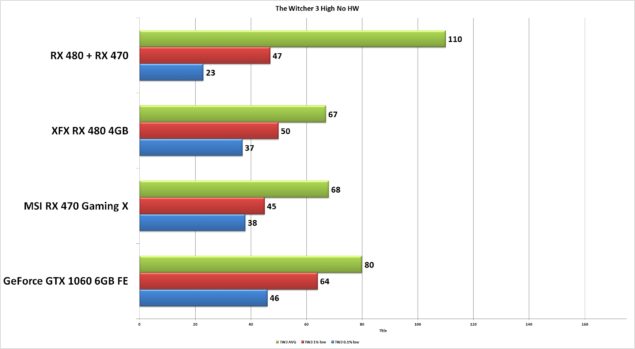 It’s interesting to see the scaling on these cards. It’s a bit better than I expected it to be. Now is this something I would recommend everyone go out and do? No. But down the road it may become useful to know. Maybe you’ve got a RX 480 4GB already and you really want that second card, but can’t find one in stock or wouldn’t mind saving some money but still getting a good boost. Point of this article being, it works.

*It's worth noting that this is not officially supported by AMD*