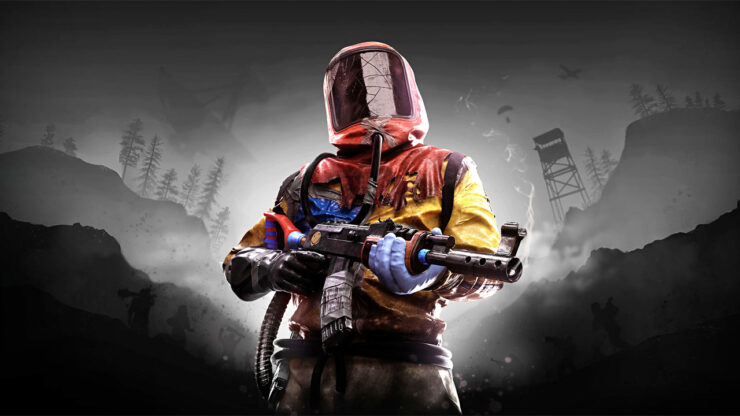 Rust is finally available on consoles as of today. One of the influential early games in the survival-crafting genre, Rust spent over five years in Steam Early Access before finally launching on PC in 2018. And it seemed the PC was where the game would stay, until earlier this year, when it was announced it was coming to consoles courtesy of British port experts Double Eleven. You can check out a new trailer for Rust Console Edition, below.

Yup, that looks like Rust alright (you don’t play this game for it’s cutting-edge visuals). Haven’t been keeping up with Rust Console Edition? Here’s how Double Eleven describes the game:

Players looking for the ultimate competitive survival experience on console will be able to play online with up to 100 others when the game hits in a few months. Waking up on a mysterious post-apocalyptic island littered with dilapidated industrial monuments and probing scientists, it’s up to you to figure out how to keep yourself alive in a world where everything wants you dead.

Rust Console Edition is based on the PC version of the game, designed and optimised for a completely separate and unique console player experience. Rust is and forever will be the baby and brainchild of Facepunch and we’re extremely grateful to be able to take what they’ve done and create our own version of their game. Rust Console Edition is certainly the game as people know it, but under the hood where we’ve spent the last few years, we’ve created a completely different beast designed for consoles and their respective players.

Rust Console Edition is available now on Xbox One and PS4, and playable via backward compatibility on Xbox Series X/S and PS5.