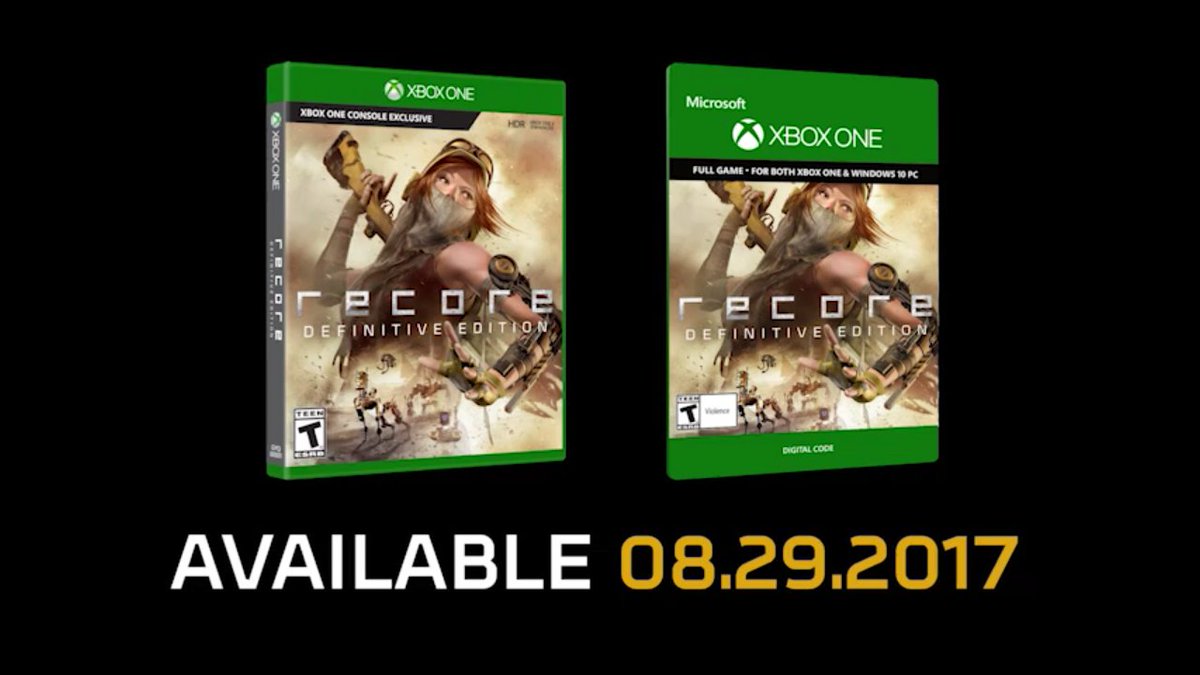 ReCore Definitive Edition is allegedly releasing later this month on August 29, and will include HDR support, enhanced visuals, an additional corebot, and a new mission.

That’s what news editor Saurabh Charde from website Indian Noob reports based on sources close to him. The Definitive Edition of the game that was released back in September of last year for both Xbox One and Windows 10, is supposed to be officially announced during this year’s Gamescom event.

Charde mentions that Microsoft will likely make the version available for those who already own the original version of ReCore, and the game apparently already showed up in the play list of various players before it disappeared.

The new mission included with the Definitive Edition is said to be called “Eye of Obsidian, and as said, this version allegedly includes a new corebot, called “T8NK”. Some screenshots of this new corebot were also provided by Charde, and you can check them out below:

As with all rumors, take the information with a grain of salt as nothing has been officially confirmed yet. On the other hand, the official ReCore Twitter account recently tweeted that information about updates will follow soon. “Word on updates coming very soon. Thank you for waiting and hope you're enjoying your journey in Far Eden!”, the Tweet reads.

ReCore from Legendary creator Keiji Inafune, revolves around Joule Adams, one of the last remaining humans on the planet, Far Eden. Down below you'll find some of the game's key features:

A Band of Robot Companions
Throughout the adventure, you will encounter a variety of Corebots. Many will be foes bent on your destruction, but some will be courageous companions for you to bond with and lead in battles during your epic adventure.

Innovative Blend of Exploration and Combat
Developed by Comcept Inc. and Armature Studio (the makers of “Metroid Prime”), and pulling from their collective years of expertise and inspiration from classic action-adventure games, “ReCore” provides a fresh gameplay experience full of exploration and strategic combat for action and platformer fans.

A Mysterious and Dynamic World
Explore a beautifully rendered and unique world as Joule Adams, one of the last remaining humans on the planet, Far Eden. Find new dungeons, enemies and treasure in a region known as the Shifting Sands, where massive sandstorms come and go, altering the height of the terrain.