Nier Automata’s Director Yoko Taro Answers Hideki Kamiya; Honored To Be Able To Create A Game Together With Platinum Games 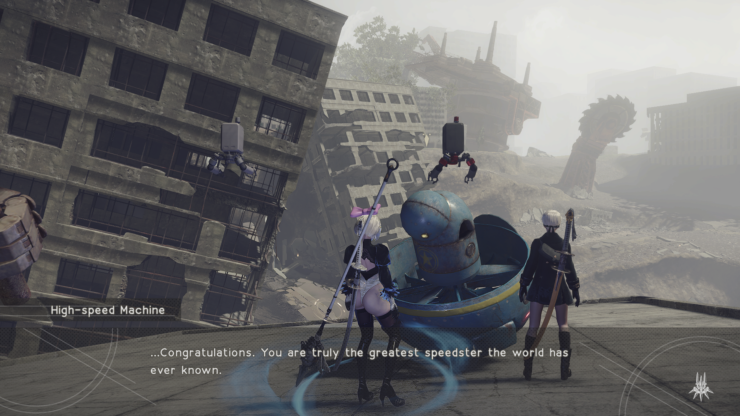 A few days ago, Platinum Games' Hideki Kamiya thanked Yoko Taro and his work on Nier Automata, the action RPG released earlier this year on PlayStation 4 and PC, also stating that the game effectively saved Platinum Games. A few hours later, Yoko Taro himself answered to Kamiya, having nothing but praise for the man and the team.

In his answer, Yoko Taro thanked Hideki Kamiya for his support and the help he received from the team, noting how he was honored that they were able to develop Nier Automata together.

Yoko Taro's unique vision for the Nier series, combining elements of different genres together, could only be developed by Platinum Games, which is also known for doing the same in games such as The Wonderful 101. The end result is one of the best games of the year, with an excellent gameplay experience and a story that will stay in players' minds for a very long time.

The Wonderful 101: Remastered to Release on PC, Playstation 4, Switch This May