Driveclub Release Date Reportedly Leaked on Twitter By the Developer

One of the upcoming PlayStation 4 exclusives that people are eagerly waiting for is Driveclub. Originally, Driveclub was aimed to launch along with PlayStation 4 back in November 2013 but the developer delayed the launch to early 2014 without pointing out a specific release date. Now it looks like the official Driveclub release date has reportedly been leaked. 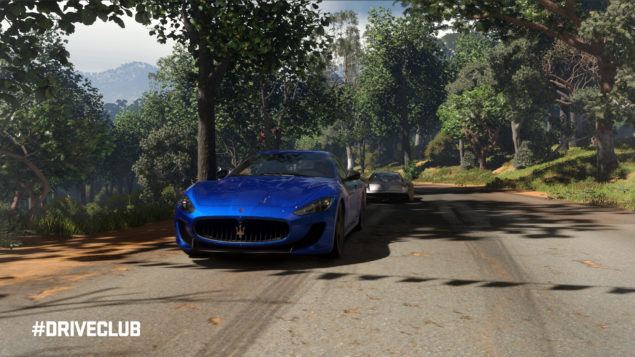 Driveclub is the first upcoming PlayStation 4 exclusive racing video game that is being developed by Evolution Studios. Driveclub was officially announced during the PlayStation 4 press conference on February 20, 2013 and was supposed to hit the market as a launch title for PlayStation 4 but the game was pushed back to early 2014 by Sony. Confirming the delay, Sony Worldwide Studios chief Shuhei Yoshida wrote on PS Blog:

"We understand that the delay is disappointing news, but can assure you that the reason we have made this decision is to ensure that when Driveclub launches, it will realize the next-gen racing vision."

Later, rumors suggested that developer may not be able to release the game until June 2014 but according to several other reports and rumors, it looks like Sony will soon announce Driveclub release date officially. Few hours ago, a report came in that Driveclub release date has been tweeted on the official Twitter page of the game.

A hawk-eyed racing games fan over at PSNation claims to have seen a tweet that revealed Driveclub release date on the game's official Twitter page. The user, known as 100mph, has also provided a screenshot of the tweet, which he reportedly took moments before the tweet was deleted. Blow is the screenshot provided by the user followed by what he wrote on PSNation. 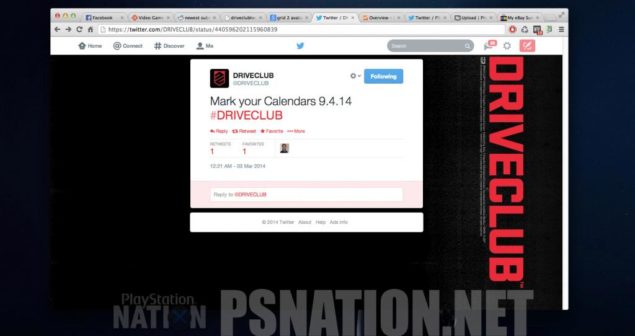 "I was checking on Driveclubs twitter feed just 20minutes ago, and when I checked back on it it said 1 new Tweet, so I clicked on it. When I did this showed up, I screen capped it then frantically went to google to find if it had been announced anywhere else. When I got back the tweet wasn’t there."

Driveclub release date in the reported tweet shown in the screenshot is described as 9.4.14. Considering both date formats, the date could either be April 9th, 2014 or September 4th, 2014. However, keeping in view that the game developer is Europe based, it is possible that Driveclub may hit local shelves in April. As always, there is no official confirmation about Driveclub release date so this report should be taken with a pinch of salt. Consider it a leak or rumor until an official announcment regarding the game is made.

Do you think the leaked Driveclub release date is legit? Please share your views in the comments below