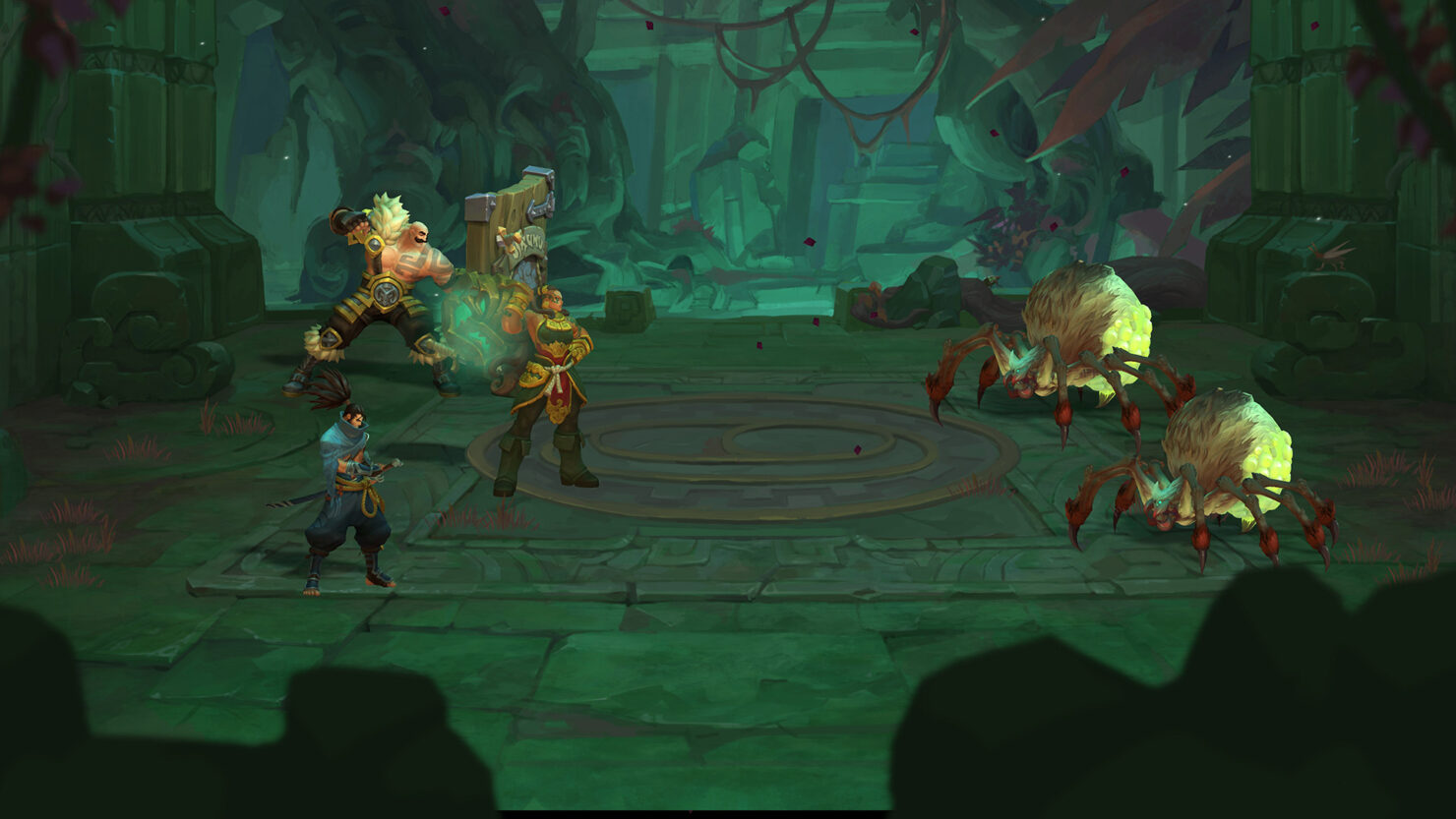 Those looking for a better glance into the world of Ruined King: A League of Legends Story got plenty to think on during The Game Awards 2020.

During the show, the game's debut gameplay trailer was shown off, giving players a look at what's coming from the game when it finally releases next year. The single-player, turn-based RPG will find League of Legends fans delving into the series' lore even further than before as they explore the world of Runeterra, as well as the mysteries of Bilgewater and the Shadow Isles.

Ruined King: A League of Legends Story is the first standalone game in the League of Legends lore. Unfortunately, it was recently delayed from its early 2021 release to a more general "2021," according to developer Airship Syndicate and Riot Forge.

Here's a brief look into the world Riot Forge will have you exploring:

"Players will be able to explore the world, navigating through the twisted streets of Bilgewater and uncovering the mysterious dungeons of the Shadow Isles. As players make their way through various locations, they will encounter various secrets, traps and puzzles, as well as new enemies and monsters that will be roaming around the environment.

Players can interact with their environment, whether it’s chatting with friendly NPCs or initiating combat with enemies. Each Champion will have two Dungeon Skills they can use in the dungeons to initiate combat, interact with creatures or the environment while exploring. Some puzzles or secrets can only be solved with specific champions, like breaking weak walls with Braum’s shield or revealing stealth enemies with Ahri’s Orb."

We'll keep you updated if and when Riot Forge drops a new release date other than simply "2021"  so you can mark it down on your calendar.