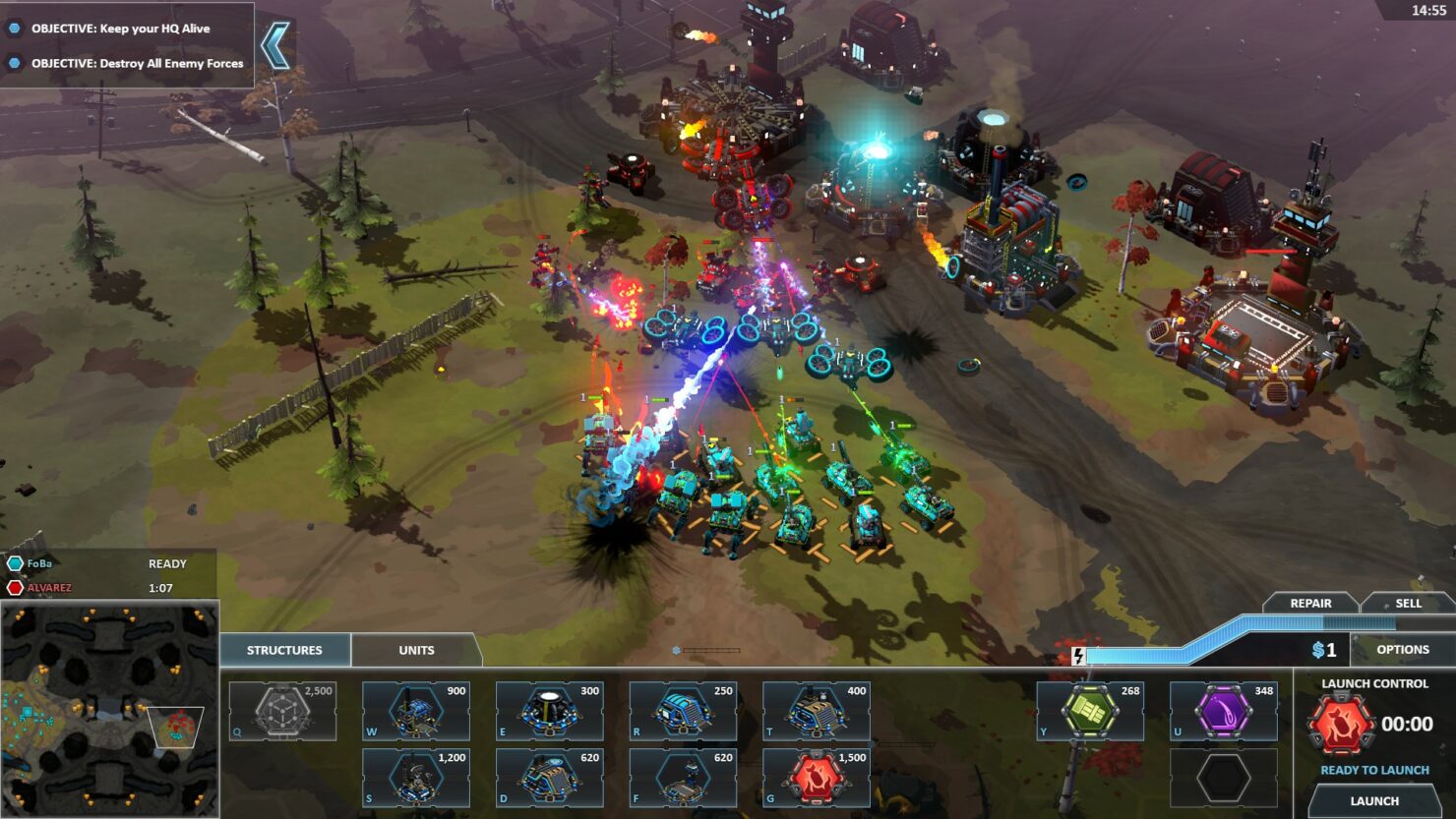 The game's regular price (for the time being) is €19.99 or £15.49, though there currently is a 15% launch discount in place that will be available for this week only.

According to the developers, Forged Battalion should stay in Steam Early Access for about six months, barring any delays.

In Forged Battalion players build and customise their own unique faction as they fight in a variety of skirmish, solo and multiplayer battles. They will create, customise, and develop the blueprints of their emerging faction to create ever-evolving factories and units. Using resources gained from each battle, they will unlock new options through the tech tree allowing them to choose the archetype, and an array of armours, locomotors, weapons, and special abilities such as stealth and regeneration that will make each player’s faction one of a kind.

The Early Access period for Forged Battalion is planned to run for several months, during which there will be regular content updates, which will be detailed via the Steam page, and players are encouraged to give vital feedback to the development team. “We want fans to truly help forge what the game becomes…” Said Chuck Kroegel, CEO of Petroglyph.