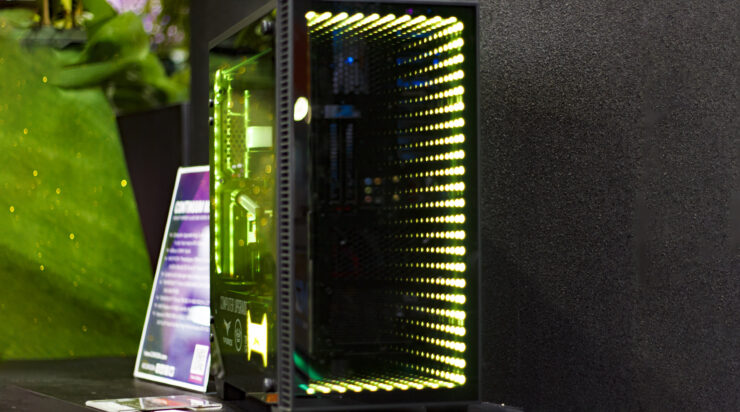 Computed Upgrade King has launched some of the more well-built and affordably priced pre-builts we have seen in recent times. Their Continuum Micro and Continuum Mini series feature unique chassis and blew us away with the build quality. There is no dearth of pre-builts at Computex but companies usually charge premium pricing for builds that have little to no upgrade-ability and generic components.

The builds we saw from CUKUSA were easily upgrade-able and used high quality components with very little margin being charged by the company. Most pre-built vendors out there are charging anywhere from 30% to 50% premium and are technically not part of the DIY market. CUKUSA on the other hand is taking a unique approach. They are charging very little margin (we estimated around 15% based on the sum of parts) and are providing a system that is readily upgrade-able.

This appears to be a hybrid of the pre-built and DIY approach and can help enthusiasts ease into this industry while remaining loyal to a brand. While their website offers lots of budget builds, the builds they showed off at Computex 2019 were absolutely crazy. 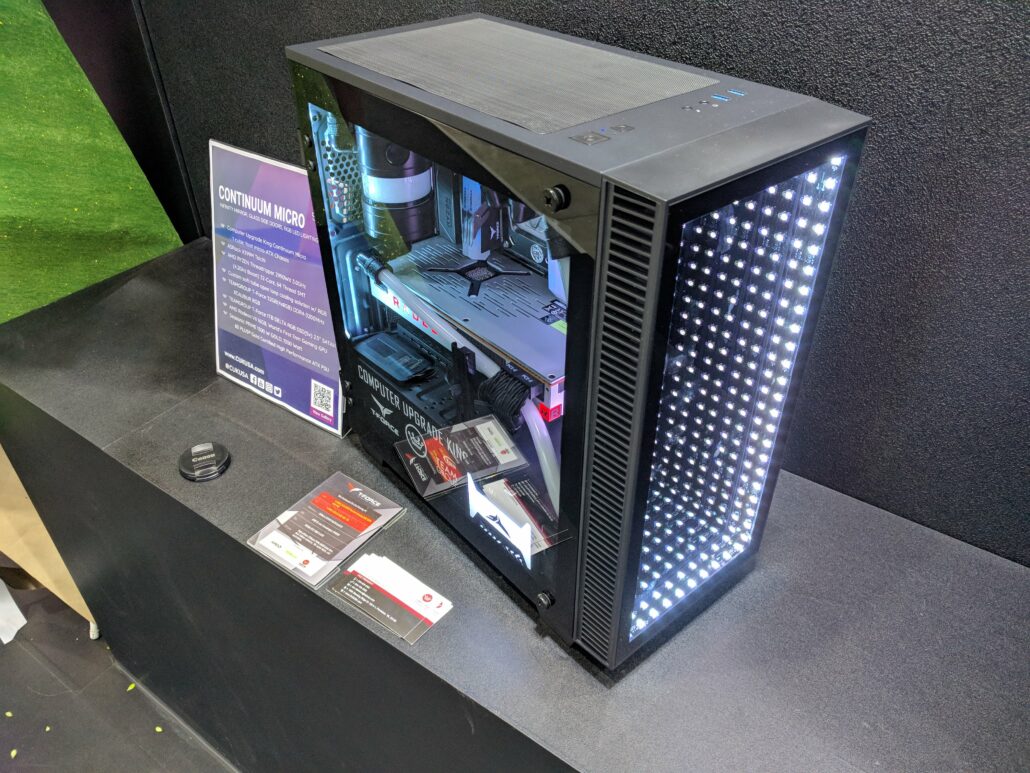 This included a build which had AMD's massive 2990WX CPU running on water cooling with an AMD Radeon VII inside a micro-ATX chasis! Holy bejeezus, Talk about power per cubic inch. This was an incredibly high density build and was using premium components including a Seasonic 1300 Watt power supply. 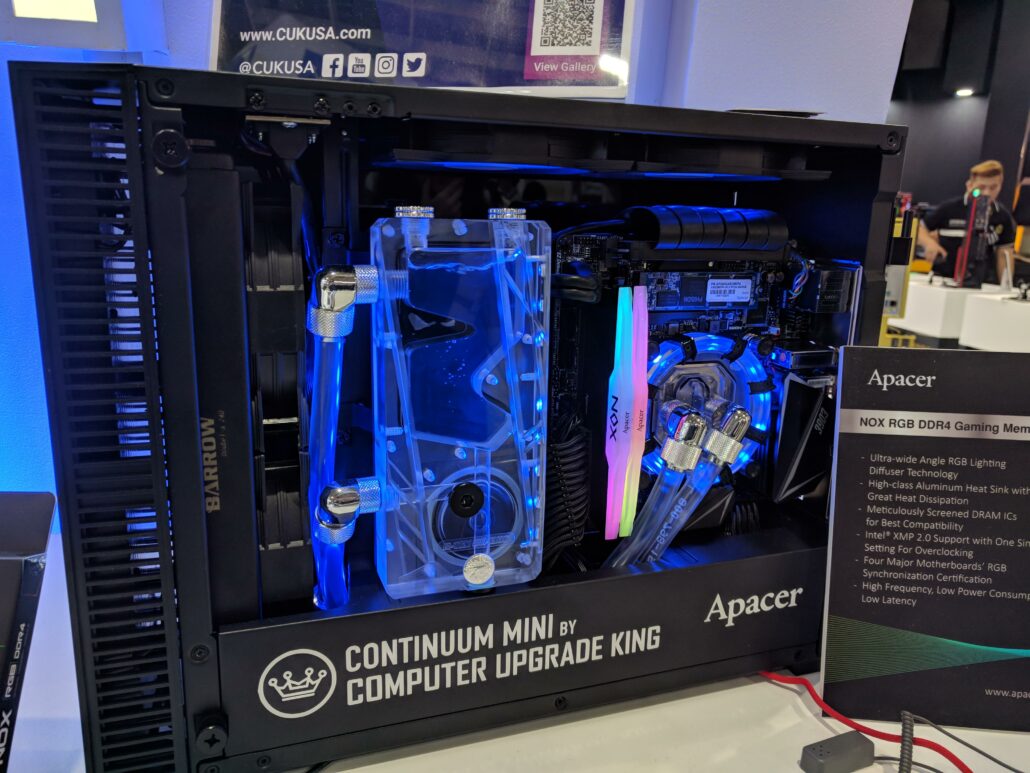 All builds feature their custom designed chasis which might feature an infinity mirror optical illusion - which looks pretty cool (especially in a low light situation). We tried shaking the PC a bit (much to the chagrin of the booth representative) and could immediately see that this thing would survive shipping from pretty much the most drop-happy courier out there. 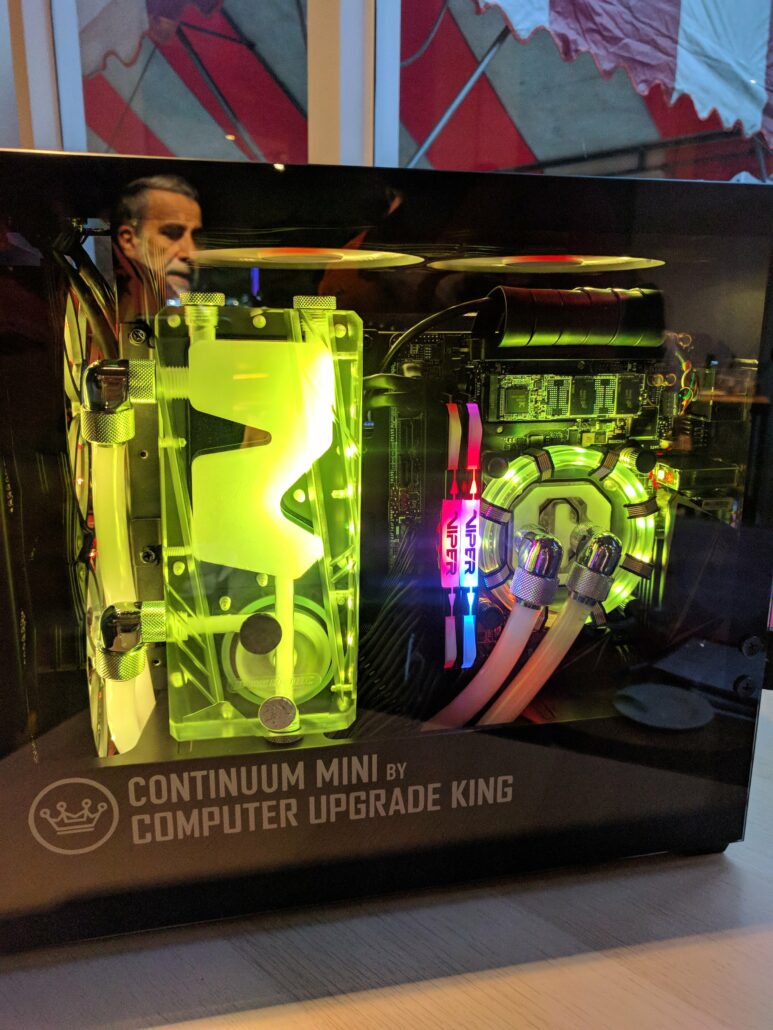 Oh and it features full-fledged RGB of course. There were also Intel based builds tricked out with an RTX 2080 Ti in the same micro ATX format and featuring front loaded RGB fans. DIY is not for everyone, and CUKUSA appears to have found the sweet spot serving as both a good starting point for DIY-ers and affordable builds for people interested in going the pre-built route.