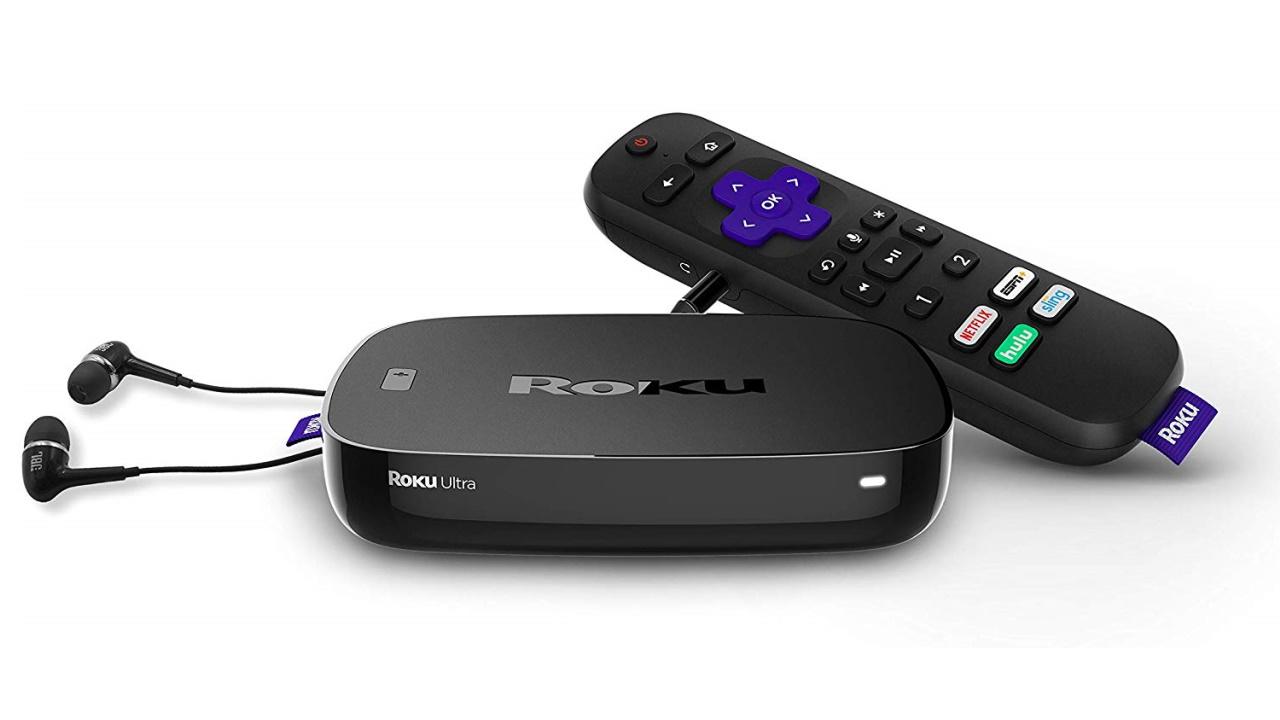 Roku (NASDAQ:ROKU) is a name effectively synonymous with streaming. Controlling approximately 39% of the streaming box market, according to data from Parks Associates, it’s the clear leader in the sector, and when combined with Amazon Fire TV, the runner up, it accounts for almost 70% of the installed base of streaming media players in the United States.

Roku has had a whirlwind year. As a proxy for the health of the streaming market, it’s up approximately 175% since the end of January 2019 as consumers cut the cord and move towards streaming. But the company has had other kinds of ups and downs throughout the year. When Apple (NASDAQ:APPL) announced its aggressive Apple TV+ pricing, Roku’s stock plummeted almost 30% throughout September as investors wrongly thought that Apple TV+ would be a walled garden exclusive to iOS -- when in fact it’s available on all platforms.

Although the stock bounced back, it never totally recovered. As content providers without a hardware side look anxiously at the growing might of their rivals that have both the content and hardware sides of the equation, the next chapter in Roku’s history will be a bit of an introspective one -- what is Roku anyway? Is it a high-margin SaaS company with a treasure trove of advertising data? After all, if you follow the company’s recent acquisitions, you would certainly think that way. Or is it a manufacturer of agnostic streaming devices that has to contend with a stagnant install base (per Parks Associates’ data, the total install base of streaming devices only increased by 1% on year) and a growing ferocity in rivalries between device manufacturers?

Filings also show that they have cut the size of their holdings of Roku stock, which is all the more reason why we had to talk to them to learn more about their thoughts on Roku and its future before the company reports earnings on February 13.

Can you walk me through your firm's investment thesis on Roku? Distill it for me.

We initially purchased Roku stock in the mid-$30s range, and trimmed our holdings back based on its current valuation. There’s not a fundamental call here with regards to our thesis changing.

In terms of our thesis, we are strong believers that all video content will be delivered via the internet as opposed to the traditional coaxial cable, cable companies, satellite TV, etc. So whether that takes on a form of a bundle offering by the incumbent players like DirecTv or Comcast, we still believe that channeling content into a usable video format for consumption via the internet is the future and Roku stands to benefit.

We also believe that one of things that Roku is underplaying is its distribution service. Management could do a better job at playing this up. Roku’s Kids’ channel is a good example of the possibilities here -- the idea that you can get on the channel and say ‘my favorite character is Pokemon’, and it'll tell you everywhere where there's Pokemon content and whether it's premium or whether it's on the Roku channel itself. We think that has a lot of potential to compete for kids’ eyeballs.

You mentioned that your firm has trimmed its holdings back based on the current valuation? Perhaps you can walk me through why it’s overvalued and what you’d see as a target instead?

Our basic investment tenets are that we really, truly want to own the stocks through the major S curve in their growth cycle and we think Roku is in it, but at the same time we have to keep an eye on the fact that larger revenues create an even greater anchor every year and that its growth rate will taper over time so we're not expecting accelerating growth.

We also have to ask ourselves what could be the peak operating margin for Roku and right now with where the margins are on the hardware, and to a lesser extent, the relationships they have with the TV manufacturers, we don't see their peak margins being as high as some of the cloud software companies that we own or follow.

The SaaS cloud software providers we follow have peak margins in the 40% range. Right now, we don't project that for Roku in our long term forecast, we see it more in the high 20s, low 30s. When we look at our future projections, it just got above the long term trajectory for us in the stock price so that's why we trimmed it back.

We're bullish long term for them to be the one that captures the greatest amount of market share and maintains this Switzerland-like neutrality of content delivery.

We’ve heard rumors that maybe Roku would be an acquirer of content and we just don't see it. We believe more with partnering on the content side and the revenue splitting as a way for it to continue to expand its reach as opposed to trying to compete with the likes of Netflix, HBO, and Disney. It just doesn't have the capital and it would change the whole dynamic of being neutral to all parties.

It seems the evolution of Roku is to become more than just a hardware company. There’s a software play here as well. But what is that software play? Content searching? Advertising?  Is there a play to get revenue from the device manufacturers -- like TV or smart bar vendors? Or would Roku rather give away its OS to build up market share?

Both. Number one, it’s a software play to us because I feel like the TV manufacturers are better off going with a standardized operating system.

We don’t know the details of the contracts between the TV manufacturers and Roku.If I had to speculate, I would say it virtually costs the TV manufacturers nothing. But one of the areas that the TV manufacturers don't specialize in is having a team of software developers. So when they're trying to limit their costs and TV pricing is a race to the bottom, it becomes very expensive to have a whole development team yourself. We believe as long as the TV is relevant for content delivery, platform software standardization is needed and we think the most neutral party in that is Roku.

At the same time, TV manufacturers are reluctant to partner with Apple and Amazon knowing that they can be easily cut out at any moment.

For Roku, to extend their reach it's almost a necessary evil of just giving their platform away to the TV manufacturers; I don't see it as a revenue base.

If Roku was to do more to promote its own channels, the average revenue from advertising per user per household would rise dramatically because of their smart ad targeting. I think given the data Roku has, especially with viewing history, their advertising efforts can be pretty profitable with a high dollar value per impression.

One thing to point out is that Roku doesn’t really have an exact peer, because companies that would be thought of as making a competing product either are also in the content delivery or gaming business. Is there a company that competes against it in simply a pure play delivery mechanism?

The closest competitor that's emerged in the last couple of months would maybe be TiVo. They had an announcement [at CES] of a streaming box. But I haven't really seen much out of TiVo yet in terms of market penetration, and what their roadmap is on that front. But we are keeping a close eye on TiVo.

I think that TiVo still has the potential to be that neutral competitor, perhaps partnering with content companies to block future growth of Amazon, Apple, or Google. If those three companies get enough scale, the economics will be changed over time to favor the large tech companies, and content companies would prefer to be a partner with a smaller tech company.

On top of that, it is an older generational play with people that may be familiar with the TiVo brand name as opposed to Roku. Because, to be fair, Roku hasn’t advertised a lot.

Is there a realistic scenario where Roku substantially reduces the prices of its hardware, or forgos the hardware business altogether, in favor of partnerships with TV vendors, and becomes a pure SaaS company?

I think it happens every Black Friday, here in the United States, when they sell their players for half price and their margins for hardware during that quarter get close to zero. It’s a big loss-leader to get market share. In fact, we're only expecting 1% gross margin for hardware in the fourth quarter of 2019 as compared to 2.4% last year.

We very much admire Anthony Woods’ (the founder and CEO of Roku) approach to running the business which is to run it break even for as long as they see tremendous amounts of growth ahead. This is opposed to a lot of companies which are seemingly giving away the company to the employees with quick overly generous stock options and compensation packages, while at the same time running immense losses and negative cash flow. I think when you're running at break even and have slightly positive cash flow it’s a tremendously well run company.

This interview has been edited and condensed.

Check back on February 13 for coverage of Roku's earnings.