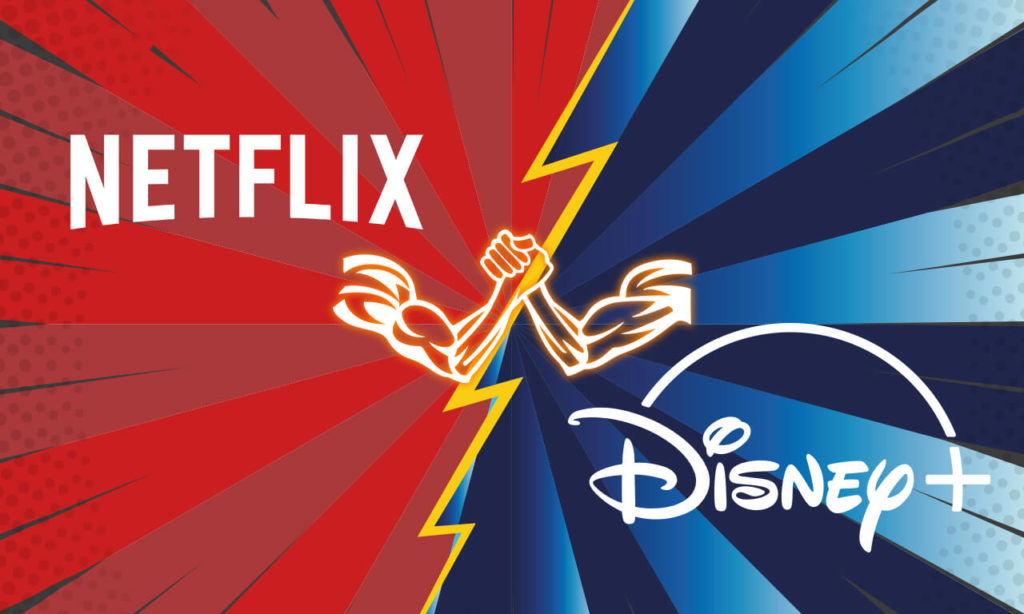 Netflix (NASDAQ:NFLX) remains the undisputed champion of the content streaming sphere. There appears to be a growing consensus among analysts around this thesis following Disney’s (NYSE:DIS) Q1 2020 earnings release on Tuesday.

Bank of America (BofA) analyst Nat Schindler has penned an investment note in which he pointed out that there were both bullish and bearish takeaways for Netflix in Disney’s earnings report. However, the “positive outweighs the negative,” according to the analyst. Consequently, Mr. Schindler reiterated his ‘Buy’ signal for Netflix along with a stock price target of $426 for the streaming giant. Additionally, the BofA analyst noted that even with added competition in the over-the-top (OTT) streaming sphere, “Netflix remains the OTT staple”.

As a refresher, Disney Plus subscribers at the end of the relevant quarter were enumerated by the company at 26.5 million, substantially ahead of expectations for a 20 million count. Moreover, Disney CEO Bob Iger said in CNBC’s ‘Closing Bell’ program on Tuesday that “about 20 percent” of the 26.5 million Disney Plus subscribers were the product of the company’s ongoing distribution partnership with Verizon that entails a free year of Disney Plus viewership for select Verizon customers.

It should be noted though that Disney did not provide an update to its guidance for the streaming service which has caused a certain amount of consternation among analysts. Previously, the company had predicted between 60 and 90 million subscribers for Disney Plus by the end of FY 2024. Nonetheless, Bob Iger did note during the earnings call that “both conversion from free to pay and churn rate [for Disney Plus] were better than we expected.” Bear in mind that churn refers to the rate at which users sign up for and cancel subscriptions.

Interestingly, much of the subscriber base boom for Disney Plus may have been driven, in large part, by its hit season – the Mandalorian. However, according to BofA, the viewing hours per subscriber metric for Disney Plus trails that of Netflix and this disparity is likely to continue with Disney’s most anticipated releases – such as the Marvel shows and the second season of the Mandalorian – currently slated for the final months of 2020. “This limits Netflix’s competition from a content perspective,” BofA wrote.

Finally, the BofA analyst noted that Disney’s international rollout of Hulu is currently expected in 2021. This is “an incremental positive” for Netflix’s international growth given “Disney’s limited ability to offer a bundle overseas for now”.

In additional context, Netflix added 8.76 million net subscribers in 4Q 2019 against a consensus forecast of 7.65 million subscribers, thereby, bringing the total to 167.09 million. As per the details revealed, the company added 8.33 million international subscribers during the quarter against consensus expectations of 7.2 million. However, the U.S. and Canada region proved to be a weak spot for the streaming giant with net subscriber additions of 550,000 against consensus estimates of 611,000.

Despite the fierce competition in the streaming sphere, analysts increasingly view it as the future of at-home viewership. As an illustration, Bloomberg Intelligence recently estimated that the fourth quarter of 2019 may have ended with 1.7 million “defections” from traditional TV. Analyst Geetha Ranganathan wrote in late January that cord-cutting losses may have increased by as much as 50 percent relative to the quarterly average due to the availability of new streaming services.

Netflix's stock has provided gains of only 5.03 percent in the past 12 months. In contrast, Disney's stock has rocketed higher by around 29 percent in the same timeframe. However, this dynamic has flipped recently. As an illustration, Netflix's year to date gains currently stand at 14.04 percent while Disney's stand at only 0.07 percent.