When it comes to digital video recorders (DVRs) there are many choices for customers nowadays and so due to immense competition the leading entertainment companies try to keep their variety and value both at their peaks.  This is what Roku Inc., a leading company in the streaming entertainment devices business, has as its primary objectives and thus the success of the company. After the success of their Roku 2 streaming player a new product has been announced by the company, the Roku 3. 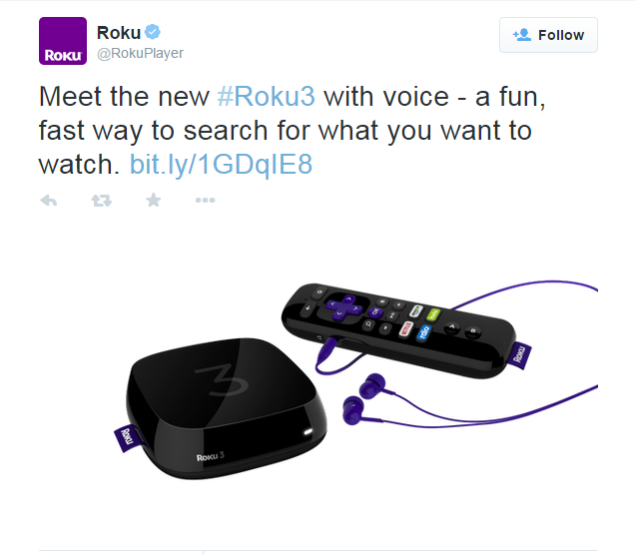 The tweet by the company about their new product.

Roku is expanding its line of set-top boxes (Roku 2 is being upgraded while Roku 3 is being launched), while the Roku 3 had been spotted at retailers prematurely in the past few days; today is its official launch. The new device comes with voice search which should put it in a stronger position against competitors such as the Amazon Fire TV box.  The streaming boxes will be getting a hardware upgrade which is aimed at providing faster scrolling through the user friendly interface when you are changing channels or just randomly searching. The Roku 3 will also come with a remote unlike previous models, this remote contains a microphone which will enable the voice search. The voice search is a default option when you press the search button. 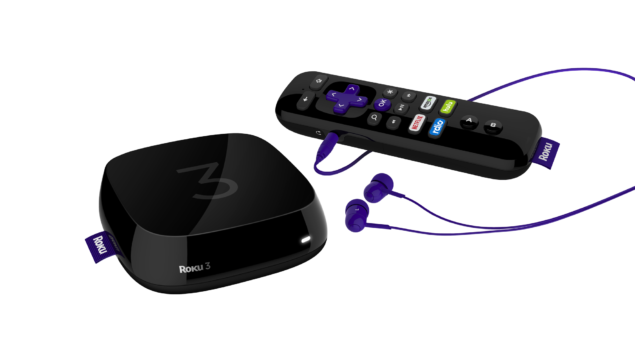 The remote and the streaming box

The Roku 3 will cost $99 which is pretty reasonable considering the options. Roku 2 and all other set-top boxes running on the same software will also get a new feature, the 'Roku Feed'. The new feature will give users updates about a searched for movie when its prices drop or when it show up in new channels. Summed it is basically going to allow people to follow entertainment that they desire. The main focus of this feature will be newly released films that are still playing in cinemas.

For more info check out the company's website, the blog, and also info about the new Roku 3.