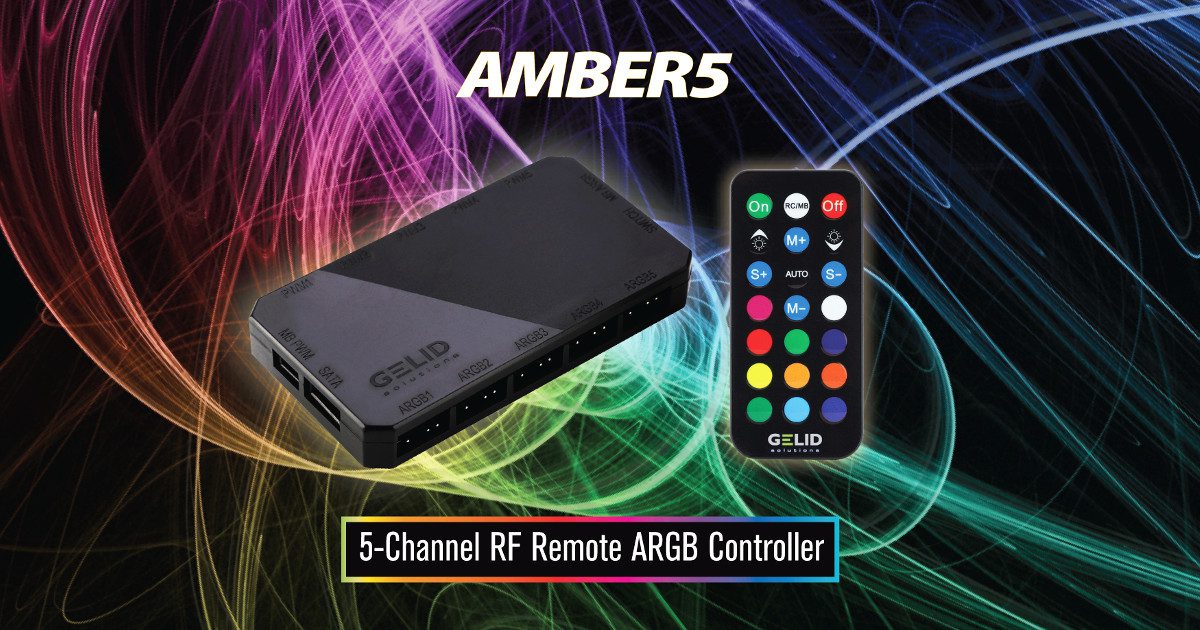 GELID has announced the AMBER5, which is an ARGB controller with a wireless remote. This ARGB controller offers a smaller size and can also support up to five different fans / RGB devices. This small device can make RGB lighting much easier for PC builders. The AMBER5 is currently available on GELID's website and features a price tag of $14.99.

The AMBER5 is an RGB hub offering the ability to connect RGB fans, RGB strips, or a variety of different RGB devices easily and efficiently

The design of the AMBER5 is straightforward, being a simple black box with unique edges that can allow this small device to fit into virtually any PC case. This device features five PWM ports on one side of this device, while the other side features five ARGB ports allowing users to connect a variety of different RGB devices, including RGB strips, to this ARGB hub.

This device is compatible with ASUS, GIGABYTE, MSI, or ASRock motherboards to allow for ARGB Sync with the motherboard's RGB software. The AMBER5 also comes with a 21-key RT remote, allowing for an overall range of eight meters. The 21-keys range from changing brightness to switching between using the Motherboard Sync and Remote control and static RGB color options.

The AMBER5 is currently available for purchase through GELID's website and has a price of $14.99, which makes it incredibly affordable for the RGB PC fanatics.