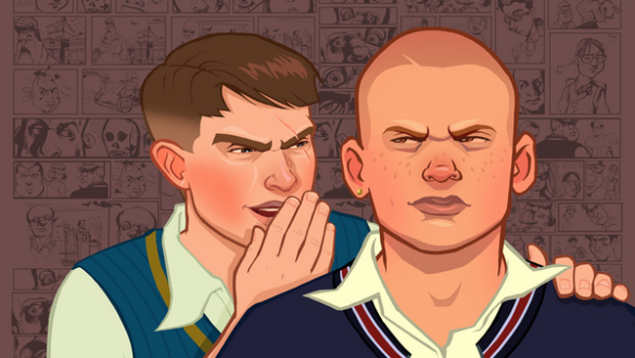 A couple of Rockstar's biggest PlayStation 2 classics have made the jump to PlayStation 4, complete with ever so slightly improved visuals and trophy support.

Bully - Canis Canem Edit for those of us in Europe - and Manhunt are available now on the PlayStation Store in EU territories.

They're exactly as you remember them, without any of the fancy additions or improvements that might have been available in later versions of each game.

Rebuyers will be happy to know that they both run at 1080p and both have a platinum for you to work towards, although it must be said that some of us are still slaving away at Grand Theft Auto 3.

It's safe to assume that America isn't going to be left out on this one, and that both titles will be appearing very, very soon in the land of Trump.

Manhunt is a stealth-based psychological horror game, most memorable for the incredible amounts of controversy it generated. Of course, it's probably like playing a Tom and Jerry spin-off at this point.

Naughty Bear: Unleash the gruesomely cute killer inside you