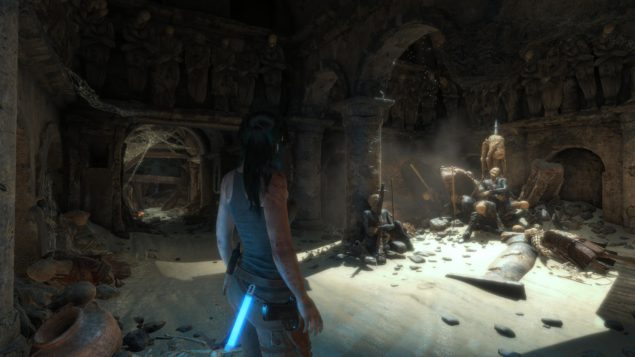 The newly-released PC version of Rise of the Tomb Raider surprises at release. As one of Square Enix’s most visible franchises, the Tomb Raider franchise performed in January, receiving both strong industry recognition and benefitting from a seasonal lull of triple A games. Initial sales numbers on digital console for Rise of the Tomb Raider were soft, due to sharing its release date with Fallout 4 and its exclusivity to Xbox One. The game sold almost three times as many units on PC than it did on console during its first month.”

Back in January of this year, Microsoft reported that Rise of the Tomb Raider sold over 1 million copies on the Xbox One.

“2015 was a monumental year for Xbox – the biggest in our history – and we owe it all to our gaming community. We saw record global engagement and sales fueled by high demand for our greatest games line-up and hardware and accessories like the best-selling Xbox One Gears of War: Ultimate Edition Bundle and our Elite Controller. Every title in our exclusive 2015 holiday games line-up – Halo 5: Guardians, Rise of the Tomb Raider, Forza Motorsport 6 and Gears of War: Ultimate Edition – sold over 1 million units”, said Microsoft’s Mike Nichols back earlier this year.

Rise of the Tomb Raider PC released earlier this year, while the game released for the Xbox One back in November 2015. The game is also coming to the PS4 during this year's 4th quarter.