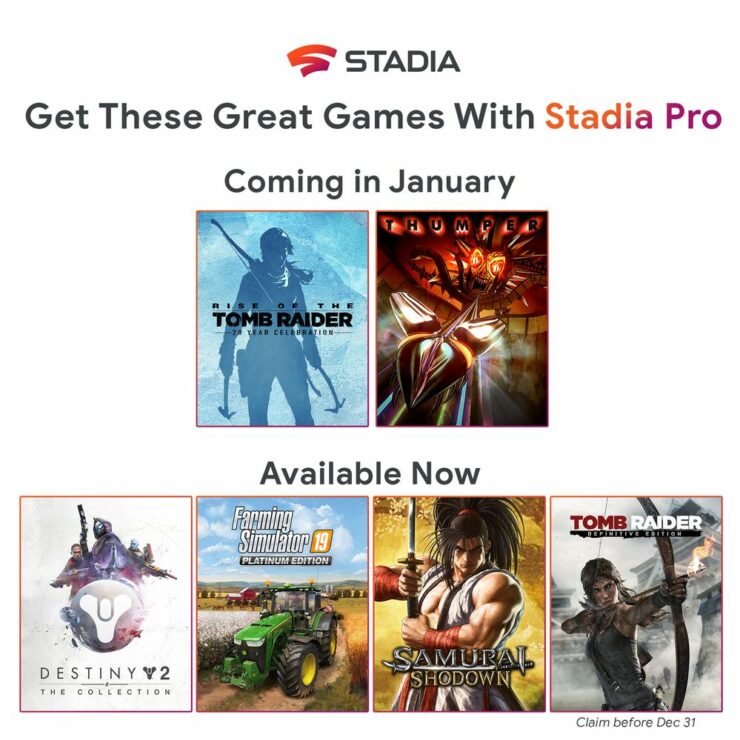 Stadia Pro subscribers will get to claim two new games starting January 1st, 2020, as recently announced by Google. The games are Rise of the Tomb Raider by Crystal Dynamics and Thumper by Drool and they are going to be added to the existing collection of Destiny 2, Farming Simulator 19, Samurai Shodown and Tomb Raider Definitive Edition.

Rise of the Tomb Raider first released in late 2015 on Xbox 360 and Xbox One. The Stadia Pro version is the 20 Year Celebration Edition, by the way, which includes all of the DLCs.

In his review of the Rise of the Tomb Raider DLCs, Kai wrote:

The other game, Thumper, is a rhythm action game first released in late 2016.

Thumper is rhythm violence: classic rhythm-action, blistering speed, and brutal physicality. You are a space beetle. Brave the hellish void and confront a maniacal giant head from the future.