XboxUK has released a new video in which Xbox On's Julia Hardy talks with Community Manager at Crystal Dynamics, Meagan Marie, about Rise of the Tomb Raider. You can view the video interview below.

DigitalFoundry has recently released a new tech analysis for Rise of the Tomb Raider from the direct feed gameplay footage they recorded during their hands-on time with the game, which details that Snow Deformation, as well as improved TressFX and volumetric lighting make Rise of the Tomb Raider one impressive looking game. Digital Foundry also explains that skin shaders appear far more natural than before and the expressional range evident on Lara is at a whole different level, thanks to the more advanced motion capture technologies being employed in Rise of the Tomb Raider. 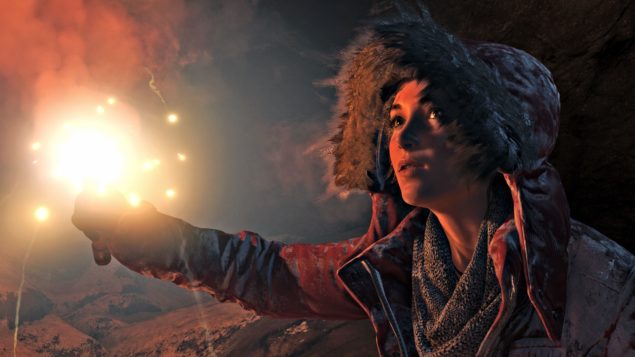 Camilla Luddington, discusses her role as Lara Croft in Rise of the Tomb Raider in an interview with GamerHubTV at SDCC. She explains that motion capture technology has evolved immensely since the 2013 reboot, and so has Lara's character.