Rise Of The Tomb Raider Gets New Gameplay Video

New gameplay of Rise of the Tomb Raider has surfaced. Earlier this week Crystal Dynamics and Microsoft released a new trailer for the upcoming Tomb Raider title. The gameplay that was posted as well, was taken down by Microsoft rather quickly. 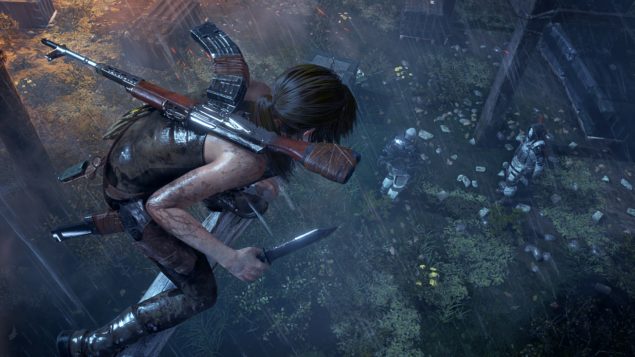 You can check out the new gameplay video down below. The video is courtesy of OutsideXbox, all credit goes to them.

Launching on the Xbox One this holiday, next year for PC and PS4

Rise of the Tomb Raider was announced back in June of 2014 by Square Enix studio Crystal Dynamics, and will be released as a time exclusive for the Xbox One on November 10th, 2015.

With the power of the new generation, and our proprietary Foundation engine, our high octane action moments will be even more epic. Multiple locations around the world will be filled with exploration spaces that are some of the most beautifully hostile places on earth and over three times larger than we could achieve before,” said Darrell Gallagher, Head of Product Development and Western Studios at Square Enix. “Our digital actors will rival CG quality, and after hearing the cry from our fans loud and clear, we will put the tombs back into Tomb Raider, all in our gritty Survival-Action style.

PC gamers will be able to play the game 'early 2016',while PS4 players can experience Lara's latest adventure during the holidays of 2016.