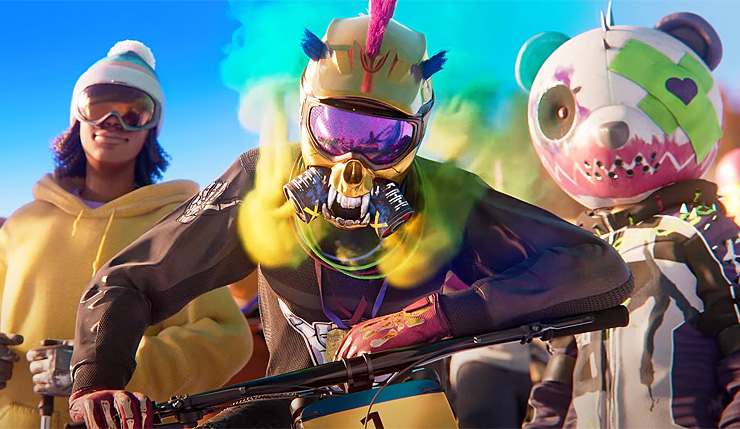 Ubisoft’s big multiplayer extreme sports extravaganza Riders Republic is the latest to join the growing list of 2021 games suffering delays. Thankfully, unlike some others (such as Hogwarts Legacy) Riders Republic isn’t slipping all the way to 2022. Ubisoft announced the delay on Twitter…

In September, we gave you a first look at our massive multiplayer playground in Riders Republic. We promised an action-packed outdoor sports park, filled with all-out mass races with more than 50 fellow riders on next-gen consoles, a variety of diverse activities and insane stunts. We can't wait to have you traverse our vibrant world and live out your own Rider's fantasy.

Today, we want to let you know that we have made the decision to move our release to later this year. This additional time will allow our passionate team to deliver the best fun-fueled experience to our players. Thank you so much for your support and understanding. Stay safe and get ready to join the madness of Riders Republic soon!

For those who haven’t been keeping up, Rider Republic is developed by Ubisoft Annecy, who also made 2016’s Steep. The game includes a variety of different extreme sports (bikes, snowboards, skis, wingsuits) and the ability to races with up to 50 people on next-gen consoles. Here’s the official rundown:

Jump Into a Mass Social Playground

From snowy mountains to arid canyons, ride through some of the most magnificent destinations on earth: the American National Parks. Bryce Canyon, Yosemite Valley, Sequoia Park, Zion, Canyonlands, Mammoth Mountain and Grand Teton have all been faithfully transposed and mashed up together to create the most unique and lively playground. Gather in a vibrant social hub and meet a wild community of fellow riders.

Play With Or Against Your Friends in Insane Multiplayer Modes

Create and shape your own rider through evolutive, progression-based gear and define every aspect of your avatar. Whether you want to be the best snowboarder alive or the fastest thing on two wheels, everything is possible. Make a name for yourself in a variety of sports, rise to the top of the leaderboard in career mode and sign with legendary sponsors from a wide range of outdoor action sports.

Make the Most of Next Gen Gameplay

Riders Republic will run at 60 FPS on next gen consoles and display more than 50 players simultaneously live on screen. With the game’s very intuitive character and camera control combined with an innovative trick system, all players, casual and hardcore, will have the chance to experience untapped joy from the very beginning.