So for this review, I will be taking a look at the ZOTAC GeForce RTX 2080 SUPER AMP Extreme cooling solution and a custom PCB design that delivers the best cooling and gaming performance. The card retails for $769.99 US which is $70 US more than the reference Founders Edition but with the added feature set of the custom design.

Out of all the cards, the GeForce RTX 2060 SUPER has received one of the major upgrades. The GeForce RTX 2060 SUPER would be utilizing the full Turing TU106-410 GPU die with 2176 CUDA Cores, 136 TMUs, and 64 ROPs. It would also feature 272 Tensor Cores and 32 RT cores. The clock speeds would be maintained at 1470 MHz base and 1650 MHz boost with the TGP (Total Graphics Power) being set at 175W. The chip will be accompanied with 8 GB of GDDR6 memory operating at 14Gbps along with a 256-bit wide bus interface, delivering a total bandwidth of 448 GB/s. The Vram would be the biggest upgrade over the 6 GB RTX 2060 which also featured a cut down 192-bit bus interface. 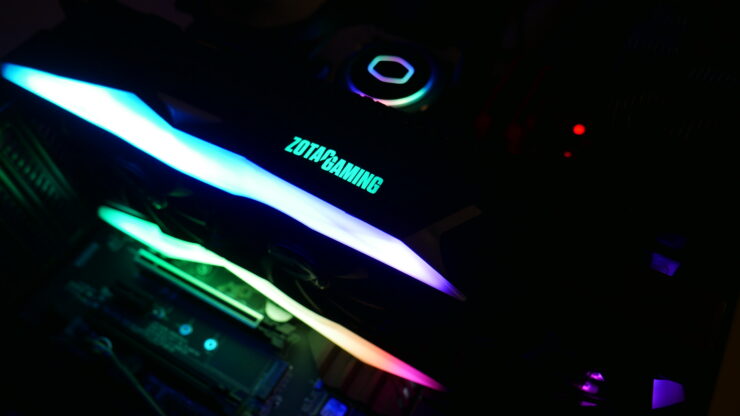 At 1440p and UW 1440p the ZOTAC Gaming GeForce RTX 2080 SUPER Amp Extreme, when overclocked, offers up great performance but stock performance leaves a bit to be desired.