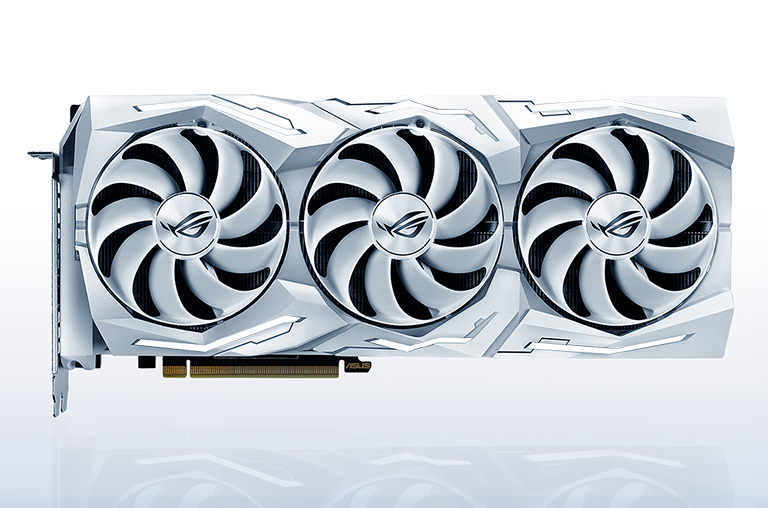 That directed airflow passes over a massive 2.7-slot-tall heatsink that crams fins into nearly every available cubic centimeter under a muscular shroud. A dual BIOS switch lets you choose between two fan profiles: one tuned for silence at idle, the other for maximum performance under the heaviest loads. The card will feature an OC design with the base clock of 1650 MHz, boost clock of 1890 MHz and 8 GB of GDDR6 memory running at 15.5 Gbps along a 256-bit bus interface.

For even more cooling power, the RTX 2080 SUPER can take control of up to two system fans using a pair of our FanConnect II headers. FanConnect II borrows smarts from our motherboards to automatically detect four-pin PWM or three-pin DC fans and yoke them to the graphics card's own fan control logic. And if your focus is as much on looking cool as it is on keeping your graphics card chilly, RGB LED accents visible from nearly every angle will spice up any build. ASUS Aura Sync compatibility ensures that the lighting on the ROG Strix RTX 2080 SUPER integrates beautifully with a broad swath of Aura Sync-ready components from a wide range of manufacturers.

Asus's Auto-Extreme assembly tech ensures that every ROG Strix RTX 2080 SUPER comes off the assembly line with nary a blob of solder or a single surface-mount device out of place. An integrated stiffening exoskeleton distributes the weight of the Strix’s massive PCB and cooler across the card and its mounting bracket to prevent GPU sag. And on the Strix—as well as all of our GeForce RTX SUPER graphics cards—you'll find four display outputs that can be used all at once, even in tandem with a next-gen USB Type-C port on select cards for compatible displays and VR headsets

As for pricing and availability, the card is slated to hit retail shelves on the 10th of February with a price close to the $800 US range.