A Vampire: The Masquerade visual novel sounds like a promising idea, but can a game without any action or serious RPG elements do this complex universe justice? Or is Coteries of New York the lowly Thin-Blood of the upcoming slate of VTM games? Let’s see if this one passes the taste test… 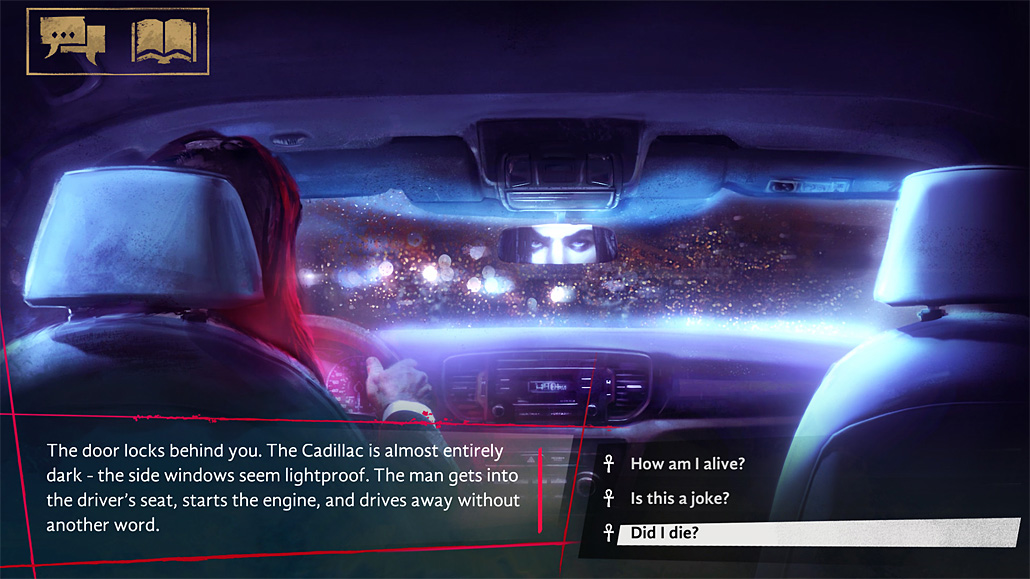 You begin Vampire: The Masquerade – Coteries of New York by choosing from one of three different character boilerplates, each of which represents a different vampire clan. There’s the young punk (Brujah), cynical businesswoman (Ventrue), and tortured artist (Toreador). You’re free to name your character, but the clan you choose doesn’t have a huge effect on the overall story, aside from changing some incidental dialogue and how you react to certain things.

Regardless of who you choose to play as, the story begins with you being seduced (in one way or another) by a mysterious figure who transforms you into a vampire then rather rudely skips town. From there, you’re quickly introduced to the Camarilla, the bluebloods of vampire society, who have unfortunately marked you for death. Thankfully, you’re spared by at the last moment by Sophie Langley, one of the most infamous and powerful vamps in New York. Sophie mentors and protects you, which seems like a good deal at first, but it soon becomes clear you're to be a pawn in some sort of dangerous game she’s playing with other high-ranking Camarilla and their rivals, the anti-establishment Anarch Movement. 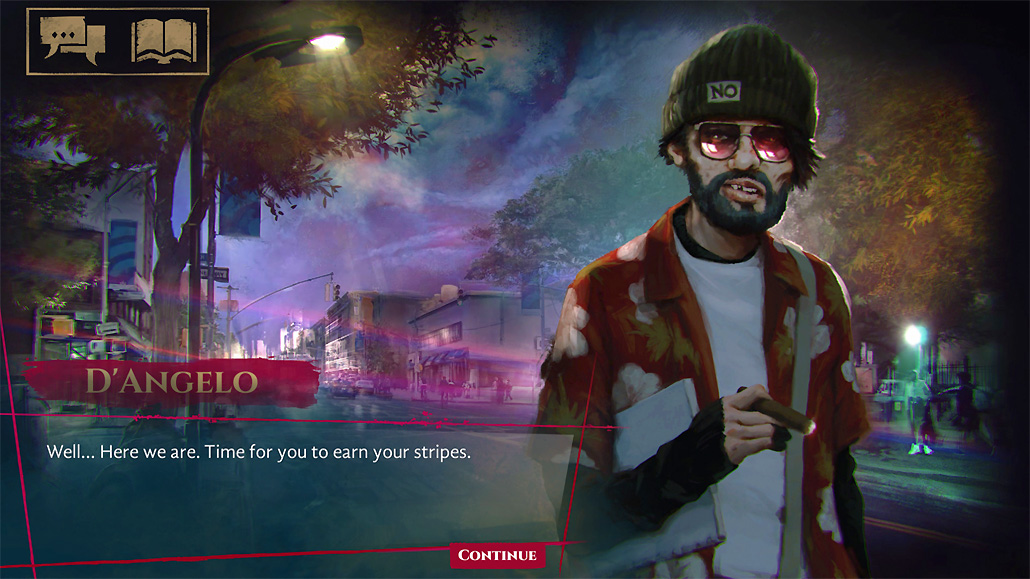 Coteries of New York unfolds over a set number of nights. Occasionally you’ll be forced to do something to progress the core story, but most nights you’ll be able to set your own agenda. This is where the coteries from the game’s title come into play. For those without a thesaurus handy, “coterie” is basically a fancy word for posse, and there are a number of possible allies from different vampire clans you can add to yours. Potential friends include the scuzzy Nosferatu private eye D’Angelo, an unpredictable Gangrel named Tamika, and a couple others.

All of your possible companions have a story to complete, each of which is refreshingly unique. For instance, D’Angelo recruits you to help to catch a vampire serial killer, while the very-online Malkavan influencer Hope plans to infiltrate high society with vampire fetish videos. Each of these mini questlines can go well, or very poorly, depending on your choices. There are also a variety of smaller side stories not related to your coterie you can pursue -- deal with a snoopy journalist, for example, or explore your relationship with God now that you’re one of the damned. As mentioned, the game only gives you a limited number of nights, so you’ll have to pick and choose what to do and who to befriend. 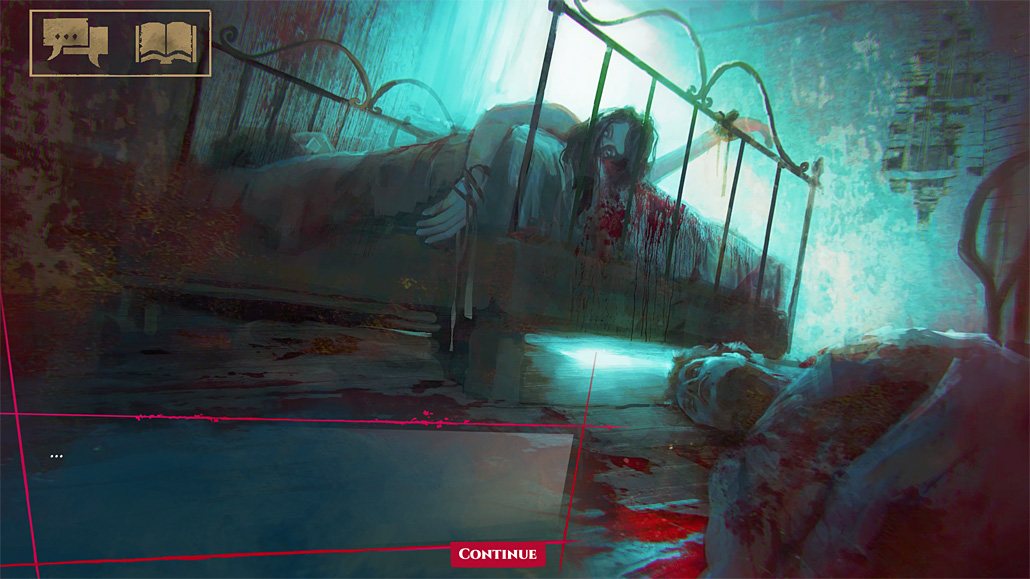 Of course, being a vampire, you’ll also have to take time out for a blood snack now and then. Coteries of New York will occasionally present you with a feeding opportunity, some of which are riskier than others. Of course, don’t hold out for too long, as that might cause you to temporarily transform into a blood-crazed Beast. Ah, but there are also certain options that will only be available if you push yourself right to the edge of losing control. The hunger mechanic isn’t terribly deep, but it’s fun.

Coteries of New York does a great job of making vampire society feel rich and multilayered, and some of the decisions it puts before you are truly vexing. New York’s vamp underground is like one big, seething high school lunchroom…where stepping on the wrong toes could get you decapitated. Coteries’ mostly static, yet lushly-detailed visuals do a solid job of bringing this dark world to life, although some backgrounds are re-used a few too many times (you’ll be visiting certain dingy alleys a lot). The game has no spoken dialogue, but its grungy soundtrack sets the right tone.

Unfortunately, Coteries of New York doesn’t take full advantage of its vivid, carefully-build world. Just as I felt like I was finding my way in New York, the game’s story sprinted to what felt like a premature ending. Ultimately, you end the game as you began it, as a mere pawn, and the coterie you spend hours building up barely factors into the finale. 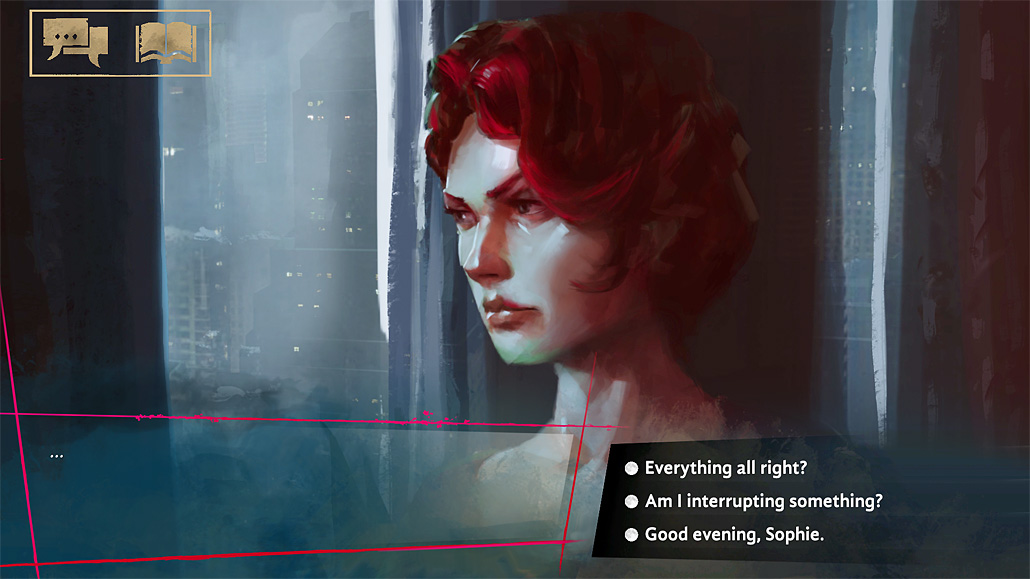 Coteries of New York will take most around four to six hours to play through, depending on your reading speed, and, in theory, the game ought to be pretty replayable. Unfortunately, it doesn’t do a particularly good job of explaining how your choices alter the course of the story. The game would be better if it had some sort of flow chart or at least did that Telltale thing where you’re alerted when you’ve made an important decision. As it is, I played through Coteries twice to see how much I could change things, but the lack of guidance drained me of the desire to pursue every ending and story thread.

This review was based on a PC copy of Vampire: The Masquerade – Coteries of New York provided by publisher Draw Distance.

Vampire: The Masquerade – Coteries of New York left me feeling hungry. The game is certainly well-written, but its truncated story doesn’t quite do its complex, captivating world justice. If you’re a dedicated VTM devotee, Coteries of New York is a solid appetizer, but you’ll have to wait until next year for something to truly sink your fangs into.