So, let's get something pretty simple out of the way - I'm incredibly excited about Vampire: The Masquerade - Bloodlines 2. I'm a huge fan of the original, still one of the best RPG's ever in my eyes, despite it being incredibly clunky upon release and for so long after that. When it was teased and then announced, well I became as excitable as the yappiest of puppies. This was almost on the same level as my giddiness for Three Kingdoms: Total War. So, when I got offered the chance to check it out at Gamescom, there wasn't a chance that I wouldn't jump on the chance.

Now, the problem I have is simple. It was a hands-off demo. I so wanted to have a hands-on with the game but alas, it wasn't meant to be. I was told, however, that the very first hands-on demo for press and the public will be available at PDXCON in October. Still, that's enough about that, let's talk about the game itself and what I got to see. 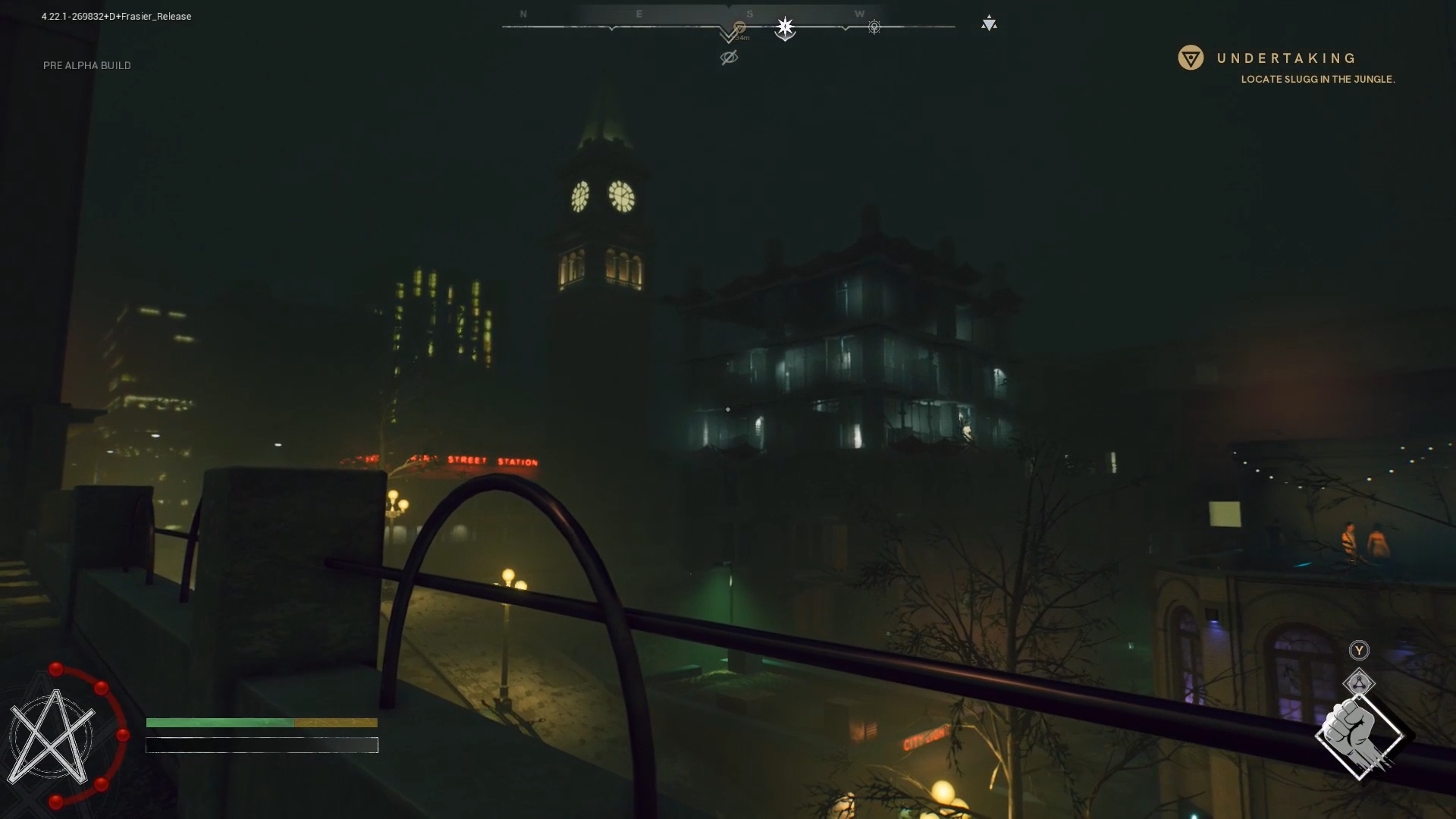 I know it's getting a bit trite now to say "this game looks good" - or something along those lines - because we're at the stage now that to make a game actually look bad, you have to do something seriously wrong. In the case of Vampire: The Masquerade - Bloodlines 2, it looks fantastic. Even from the forty or so minutes I spent watching the game being played in front of me, I could feel the atmosphere oozing out of every corner. Seattle looks fantastic, with steam rising from vents, the neon of the night club cast over the streets and the movement of what few people there are wandering the streets at night.

Naturally, this environment and the dark does help you - to an extent anyway. There are areas that you desperately need to be careful, keeping up the masquerade. For those who aren't aware, the masquerade is the cover that keeps the fact that vampires exist hidden from the rest of the world. If you perform supernatural feats in specific 'masquerade areas', such as town squares, you're going to get noticed. Frankly, do anything not-human in front of a person, you're going to bring down the wrath of the vampiric community.

Indeed, you have to be careful throughout, never mind just with keeping the masquerade. Don't drink enough blood, you may go feral. Another interesting fact about blood now is that it's got a flavour, dependant on the mood your victim is in. This leads into the new desire system, where you get a taste for a particular type of blood, and particular types of blood can offer different boosts.

Still, drink too much out of a certain person and you're going to kill them, which will have an impact on the humanity system within the game, affecting your character (and likely the story) in different ways. More than the humanity system, your decisions as you progress will also unlock or cancel out options along the way. In dialogue, you can have the option to negotiate or coerce people, and more. It's exactly as you would imagine from a full-blown RPG of this calibre. 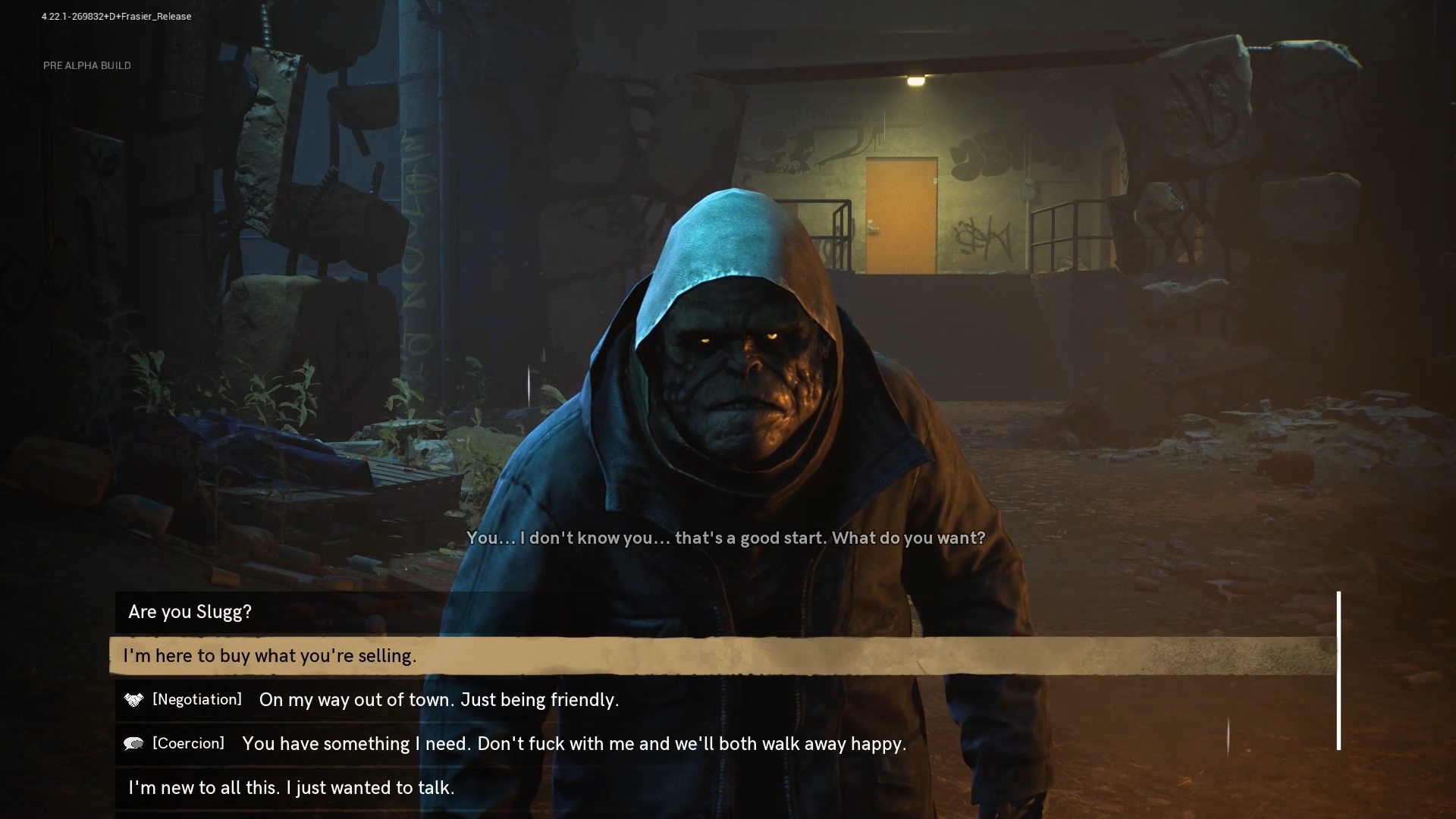 So here, you're actually a thinblood, essentially the bottom of the chain in vampiric society. As you've seen from earlier trailers, you start on trial after being turned against your will. This is what can make the World of Darkness so special, the hierarchy of society, the politics of the world and the intrigue around everything. Naturally, you're going to get sucked into it, being a new vampire and a part of a particular clan. Fortunately, unlike in the first game, you're going to have more options of who you actually work for.

That's something that was mentioned by the developers while they were showing us the game. Here in Vampire: The Masquerade - Bloodlines 2, you'll have multiple options to choose from as you progress. Do you want to work for the Brujah or the Malkavians? Maybe the Ventrue? You're going to have multiple options. When asked, the developers said they're aiming for roughly 30 hours within the first playthrough, dependant on how much you want to explore, and more after due to the options available and the multitude of sidequests and mini-stories that will be littered throughout.

Naturally, this is how it should be. Letting you choose your own story, which begins with character creation. With three Thinblood Disciplines to choose from, these being Chiropteran, Mentalism or Nebulation, then with the clans, your appearance and then the decisions within the game, there's a lot of moving parts that will define you as the type of vampire you are. 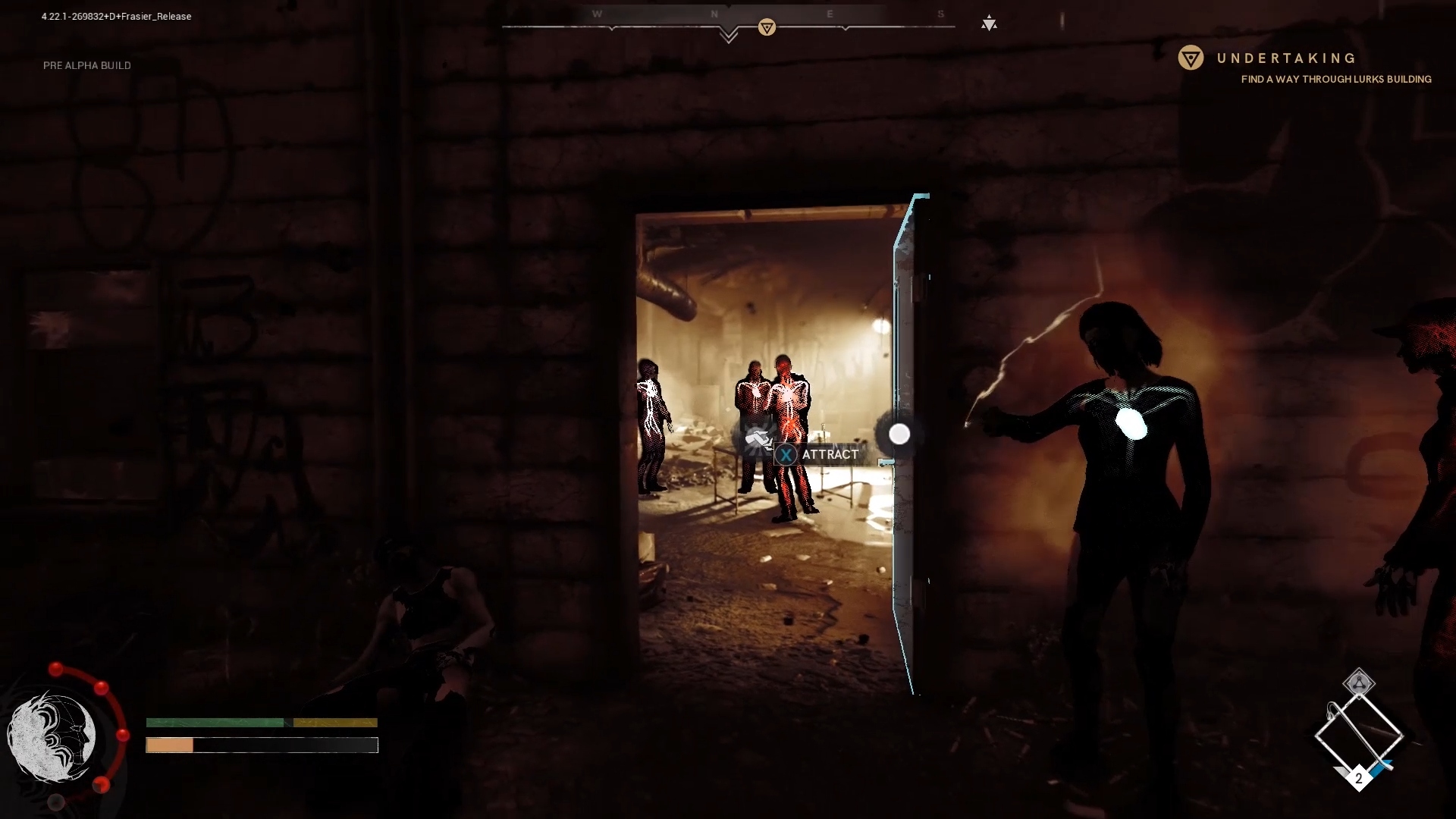 There are other ways to kill of course, particularly in combat, which was shown off quite well during the presentation, after showing off the different glow people give off based on their blood style. Naturally, in combat, you have multiple options, such as going in all aggressive-like or taking the sneaky route. Depending on the type of vampire you are, there are a number of abilities that will help you along the way. Some designed to kill, some to incapacitate. That or, you know, you could just pick up a big gun and shoot people to death.

Vampire: The Masquerade - Bloodlines 2 seems to be all about choice and that's what appeals to me the most, after getting the setting right. The setting of Seattle seems like an ideal choice, not least because developers Hardsuit Labs are based there, but simply due to the fact it's thought of as a fairly dark, cloudy and wet place. Ideal for those who avoid the sun. The way it's set out here is also very similar to the first game, not being an open world, but with hub areas where other areas come off as spokes of a sort. This should allow for a more focused and detailed approach to the areas.

Paradox has released a video of a shortened, less meandering version of the demo I was shown during Gamescom, so you are more than free to see what you think of it yourself. The fact that this is still in a pre-alpha stage, with something that looks this good and with the ability to wander around the hub as they were, leaves me with good thoughts about the final product. That final product is scheduled to be released on the PC, PlayStation 4 and Xbox One sometime in March 2020.