A new Game Ready driver (version 441.08) has been released by NVIDIA, mere days after they pushed a launch driver for The Outer Worlds and Call of Duty: Modern Warfare.

The latest Game Ready driver adds support for the new GeForce GTX 1660 SUPER graphics card as well as several major software-related improvements. For example, image sharpening will now be available directly through NVIDIA's Control Panel (after being first introduced a few months ago in NVIDIA Freestyle) with an option upscaling feature.

Now, we’ve also made this filter a standalone feature built into the NVIDIA Control Panel, enabling you to improve image clarity in all DirectX 9, 10, 11 and 12 games with just a few clicks (Vulkan and OpenGL is coming soon in a future driver).

Like the GeForce Experience Freestyle filter, sharpness can be adjusted on a per-game basis, or you can apply it globally for all supported titles. 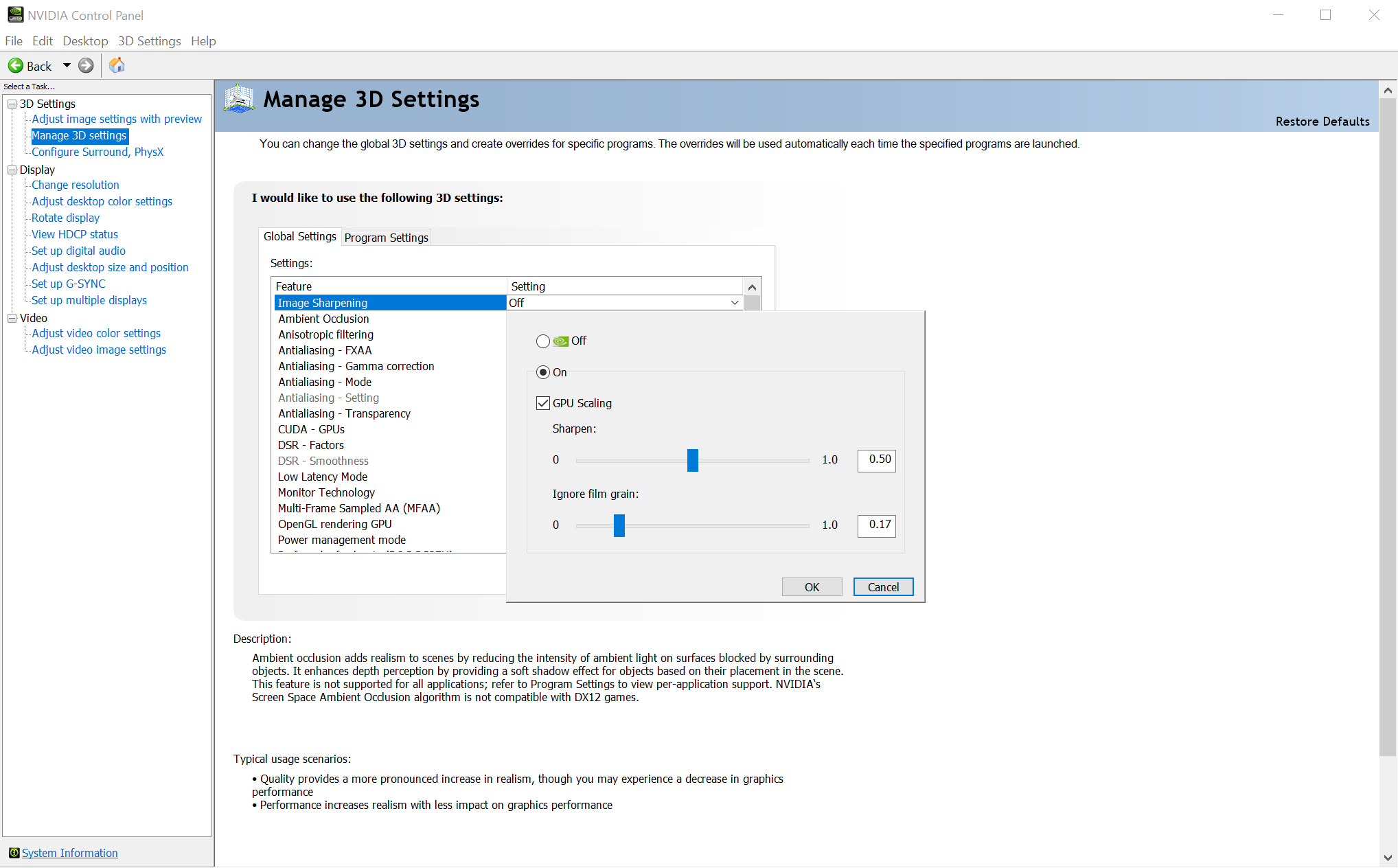 In addition, you can use your GPU to render at a lower resolution and scale to your monitor’s native resolution to improve performance. For instance, if you have a 2560x1440 display, but set your game resolution to 1920x1080 because the game is too demanding for your current GPU, we’ll upscale the game’s graphics to 2560x1440 using a high-quality scaler, and then add a dose of sharpening to improve clarity of upscaled images.

ReShade filters have also been added to the GeForce Experience software, though some limitations are involved and GeForce gamers will only be able to select from a curated list of ReShade profiles. Interestingly, NVIDIA is also sharing the new Image Sharpening filter to the ReShade community via Github.

To add ReShade support to your Freestyle and Ansel games, download our collection of curated ReShade filters, and extract into “Program Files\NVIDIA Corporation\Ansel” (typically on your C:\ drive). If you install DCH drivers, instead of the standard Game Ready Driver, you may have to create this folder yourself. A larger selection of ‘custom’ filters can also be downloaded directly from ReShade’s Github repository.

Next, activate either the Ansel (Alt+F2) or FreeStyle (Alt+F3) overlays in a supported game, and apply a filter from the dropdown menu. Note: at the time of writing, users must "enable experimental features" in GeForce Experience's settings to download version 3.20.1.57, or later, which will activate ReShade support.

Another major addition is the availability of HDMI 2.1 VRR support, though that is strangely absent in the highlights article and only mentioned in this Game Ready driver's changelog notes. This means that the LG OLED C9-E9 televisions are now G-SYNC Compatible, as previously announced by NVIDIA and LG.

As if all of the above wasn't enough, the Ultra-Low Latency rendering option has been made compatible with G-SYNC technology so that you won't have to choose between one or the other anymore. 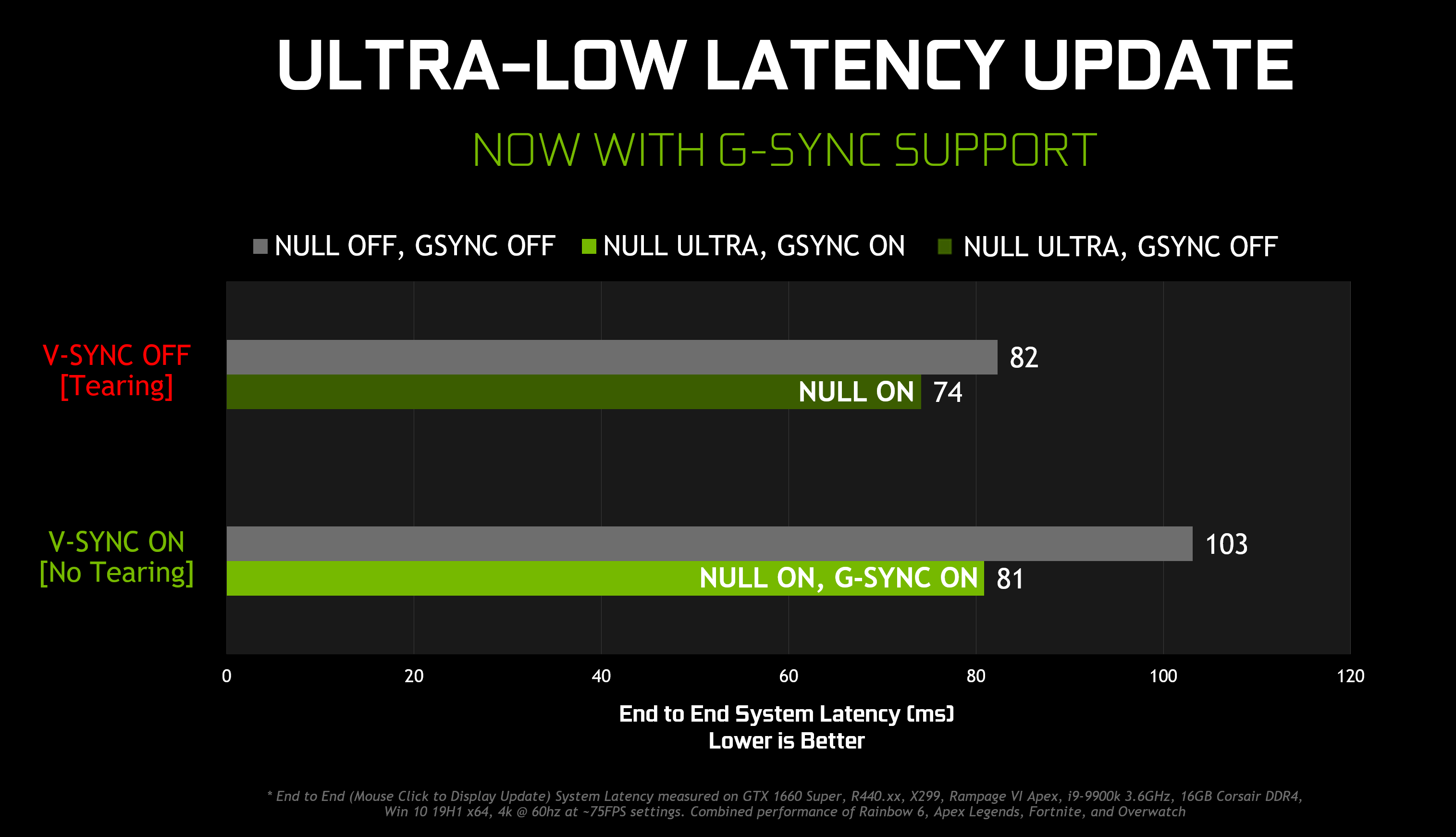