The Razer Wolverine V2 and I have had a stormy relationship - a love and hate thing, as you might call it. Initially, I was impressed with the controller’s aesthetics and feel, but over time, I found myself switching back to the standard official Xbox Series S controller.

Razer has reforged its Wolverine controller to provide a more natural hold through the new L-shaped hand grips. In the same style as Microsoft's official new Xbox Series X|S controller, the redesigned Wolverine V2 comes with textured grips (although more emphasized and rubberized on Razer's controller) for better grip and accurate button interaction. According to Razer, compared to 2017's Wolverine Tournament Edition, the new L-shaped hand grips provide more support and allow easier access to both the triggers and bumpers. We'll take more about this later on.

Like its predecessor, the Wolverine 2 is a wired controller and features Mecha-Tactile Action Buttons for crisp feedback, but also comes with a Mecha-Tactile D-Pad for better precision. For the durability of your console, Razer has opted for a 'breakaway' USB cable, but whereas the 3m. long cable was detachable on its older sibling, this isn't the case with the Wolverine V2.

Compared to Microsoft's new controller that comes with its next-gen consoles, the Wolverine V2 has 3 additional buttons, including the new game/chat audio mix button and two multi-function trigger buttons between the standard LT/LB and RT/RB triggers. These buttons can be programmed as one sees fit through the Razer Controller Setup for Xbox application.

As with the Wolverine Tournament Edition and Razer's Raiju controllers, the reforged Wolverine comes with two trigger stops at the rear of the controller. These stops reduce the travel distance between two main triggers, allowing for a faster trigger response.

As I said above, the new Wolverine and I have had a tempestuous relationship. At first sight, it's hard not to like Razer's updated controller (it feels solid and looks great), but after having tested it for a longer period, I can't say that Razer has me convinced.

Initially, I really liked the controller’s grip but during longer gaming sessions, the Wolverine V2 feels too wide, and that’s coming from someone who has fairly large hands. On top of that, button placement isn’t ideal as I had a hard time reaching the top left Xbox ‘view’ button – I felt like my thumb had to overextend in order to press it from a neutral position on the left thumbstick. One might argue that this button isn’t used as much as the rest of the action buttons, but for a competitive controller in this price range, I expect all of the buttons to be easily accessible.

While I’m not a fan of the controller’s button placement, I did really enjoy using the mecha-tactile action buttons. These buttons are a big improvement over the stock Xbox Series X|S controller (and the previous Wolverine controllers as well) and provide a unique pleasant click. I wouldn’t go as far as to say that the buttons and d-pad gave me a competitive edge as Razer boasts, but they are solid clickers for sure.

The trigger stops are ideal for shooters as they allow for a much faster fire rate. The difference between using this 'Hair Trigger' mode is actually quite apparent and pretty much a no brainer for the competitive gamer. For the more casual players, however, it might feel as if your fingers are stopped short and I wouldn't advise using them.

Last but certainly not least - the Wolverine V2's wire. I understand that competitive players often prefer a wired controller due to concerns over input lag and battery life, and with that in mind, it's hard to criticize Razer's decision to release another wired controller. The more casual player looking for an upgraded Xbox controller, however, probably won't be too fond of switching back to a wired alternative that is almost double the price of the stock Xbox controller. On top of that, I really don't understand why Razer decided to go for a non-detachable wire - the older Wolverine's sported it and so do offerings from other brands. Why not go for additional comfort and make it detachable like previous Wolverine iterations? Personally, I find it a rather big shortcoming in this segment and a missed opportunity.

I’m having a hard time rating Razer’s new Xbox controller outing. It’s clear that the new Wolverine is geared towards the competitive player out there, but the $99 price tag is still high for a wired controller that does a lot of things right, but also plenty of things wrong. Don’t get me wrong, with its advanced features and great pressers, the Wolverine V2 is by no means a bad controller, but it hasn’t convinced me enough to put away the stock Xbox controller or its older sibling, the Wolverine Tournament Edition. I’m sure that plenty of professional players will always opt for a wired controller over a wireless one, but with that in mind, there are various alternatives on the market that should be considered, including PowerA’s less expensive Fusion Pro controller. 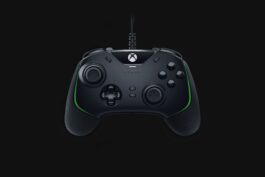 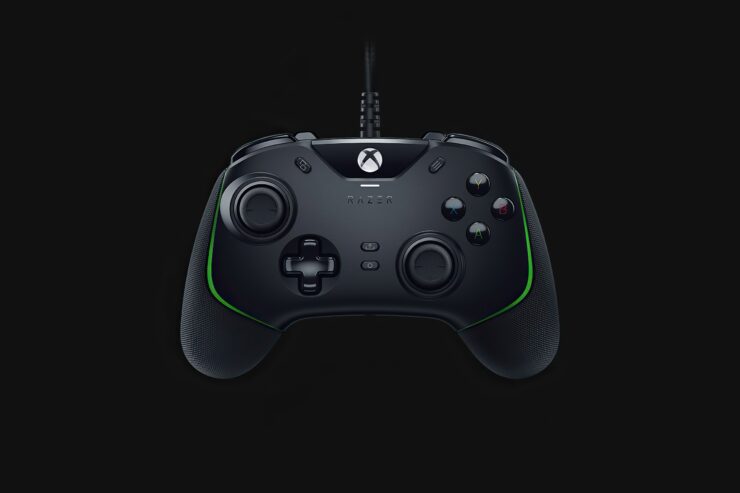 The Razer Wolverine V2 is a good controller for the competitive gamer that doesn't want to worry about input lag or battery life. The mecha-tactile buttons are a delight to use, but the overall grip and button placement leave to be desired. Razer's latest offering is by no means a bad controller, but there are plenty of things that could use an improvement.

Get Nostalgic with SNES30 Bluetooth Game Controller and Smartphone Holder