For a lot of people, build quality has been a concern with Razer in the past. I'm one of those that has been skeptical. I've had two Deathadders develop the double-clicking issue and a Blackwidow Chroma suffer some serious issues after only a few weeks. I understand the concerns intimately, so I was understandably skeptical when reviewing this mouse. Thus I decided to wait to see if it was plagued by any issues after more rigorous use, just to be sure. The slightly rubberized and textured grip is easy to hold and seems to do well when sweat starts getting in the way. So far, it exceeds my expectations in quality by a large margin.

The build-quality itself is top-notch. The buttons and entire construction is very well put-together. The buttons are firm (and can be adjusted!), and there is an audible click and a clear actuation point that's easy to feel, with just a small amount of slack. The new feature that this new Mamba brings to the table is that of adjustable click force (dubbed Click Force) from 45g to 90g of force, depending on your preference. Everyone has different wrist, and thus finger, strength and might prefer something lighter as opposed to something a big more difficult to press. Maybe different games necessitate different profiles based on how itchy your trigger finger is and how quick you need to pop-off that shot.

Changing the required click force is surprisingly simple, just use the provided tool on the two small corresponding port on the underside of the mouse. There are a total of 14 separate positions that can be chosen, and the difference between the lowest and the highest setting is actually quite distinct. It makes a difference.

The logical thought is that by loosening the, or lessening, the force needed that the button would have more slack, but that isn't the case. The novel mechanism they used actually keeps the actuation point of the button just as far away, but it just requires more force to move it.

In-game there is an actual real effect. I opted to try the lighter actuation because I tended to move the whole mouse with the higher settings, making it hard to actually right click on anything. But once adjusted, it worked like a charm. That lighter button force made a difference, letting me a bit quicker on the trigger than with it higher or with other mice. 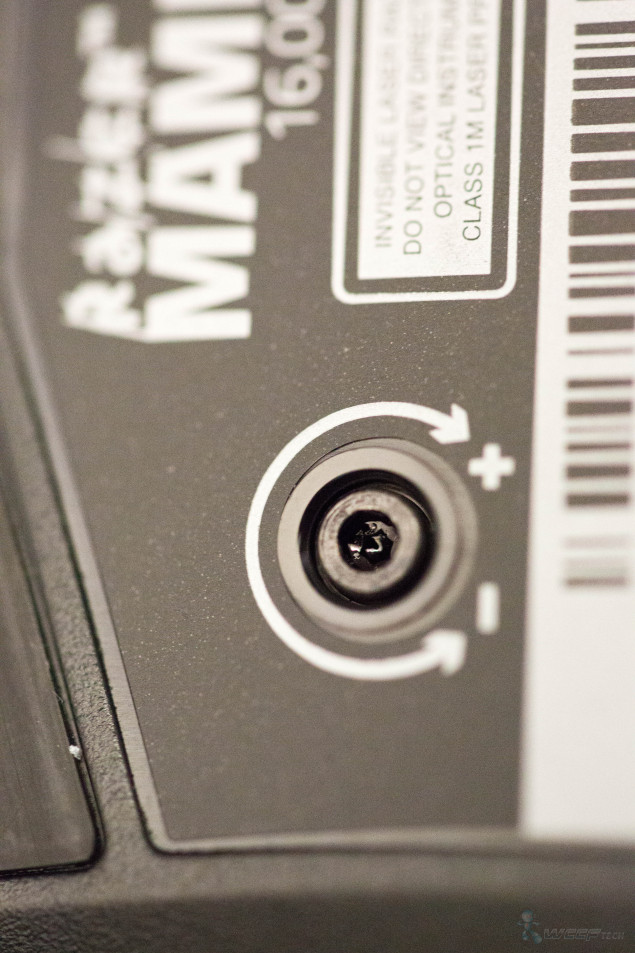 It's great because it allows adjustment for something that normally requires a whole new moues to change. I still have concerns whether this new mechanism will have an effect on durability. Razer assures me that the testing procedure for mice (and keyboards) has been similarly upgraded to make sure that their durability ratings are representative of the real-world, and beyond. At E3 this year I was able to see one of the hydraulic machines used to torture test buttons, and though seeing a large imposing machine that repeatedly presses buttons doesn't mean the procedure to rate is up to snuff, it's a huge leap forward from the quality control that was iffy at best in the past.